Gov. Gavin Newsom highly criticized outing at one of California’s most exclusive fine-dining restaurants during the coronavirus pandemic this month, has reignited talks of a recall, according to reports.

The recall campaign was given new life after a judge last week granted conservative activists a 120-day extension, until March 17, to continue gathering recall signatures.

The campaign is supported by a committee, Rescue California, which is headed up by former California GOP Chairman Tom Del Beccaro, who described the court ruling as a potential "game-changer," according to Politico. 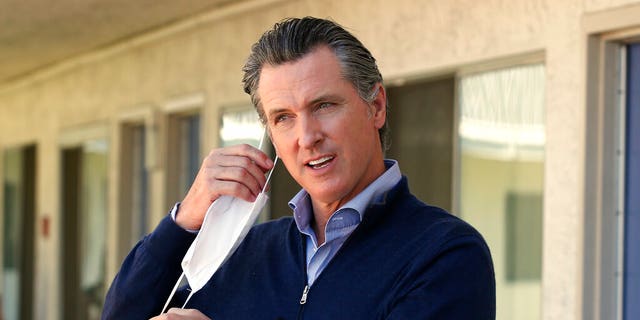 "It makes all the difference in the world for us," said Del Beccaro. “So now we have an extended life, and we’re not competing with the [presidential] election anymore."

The activists hope to capitalize on Newsom's latest misstep during the outbreak, which prompted him to avoid reporters for a week despite an increase in coronavirus cases, the paper reported.

The French Laundry outing seemed to violate the coronavirus restrictions Newsom has implemented on the state. In addition to the blunder, Newsom was criticized for sending his kids to in-person private school.

Newsom's office did not immediately respond to an email from Fox News.

Rescue California Co-Chair Tony Krvaric said the new PAC was built "with the right people to recall Governor Gavin Newsom, holding him accountable for his erratic leadership and stunning hypocrisy in this crisis," the California Globe reported.

California Republicans successfully helped to recall Democratic Gov. Gray Davis, as voters replaced him with Republican Arnold Schwarzenegger back in 2003.

"Californians deserve better and we invite everyone to join in this effort," Krvaric added.

Still, organizers would need to collect nearly 1.5 million valid signatures to make the recall happen, which some have described as a long shot, according to Politico.

The governor and his family are currently quarantining because of potential exposure to the novel coronavirus. At least one of his children may have been exposed to COVID-19 at the private school in Sacramento after a classmate tested positive for the virus.