After first downplaying the coronavirus crisis, right-wing media briefly began to take it seriously. But now that President Donald Trump has vowed to defy health officials and reopen businesses, his favorite pundits have settled on a new message: Let people die.

Trump has suggested that he may lift lockdown measures and social distancing guidelines by mid-April in an effort to quell economic downturn, even though health experts have advised against it. Conservative media immediately moved in lockstep with the president’s new position. Now they’re spreading Trump’s new stance to millions of their readers, listeners and viewers ― at a serious risk to public health.

At issue is what matters more: people’s lives or the economy.

For the last few days, a chorus of Fox News hosts and right-wing commentators have relentlessly been focusing on the latter, dismissing public health experts and suggesting social distancing measures be loosened. Fox News host Steve Hilton held a segment on “flattening the curve, not the economy”; Laura Ingraham, another host on the network, tweeted that doctors shouldn’t shape policy. Pro-Trump activist Charlie Kirk called for “relieving some of the quarantine and allowing the American entrepreneur to be liberated.” Trump, meanwhile, retweeted Ingraham and a series of fringe voices calling on people to go back to work after a 15-day lockdown period. 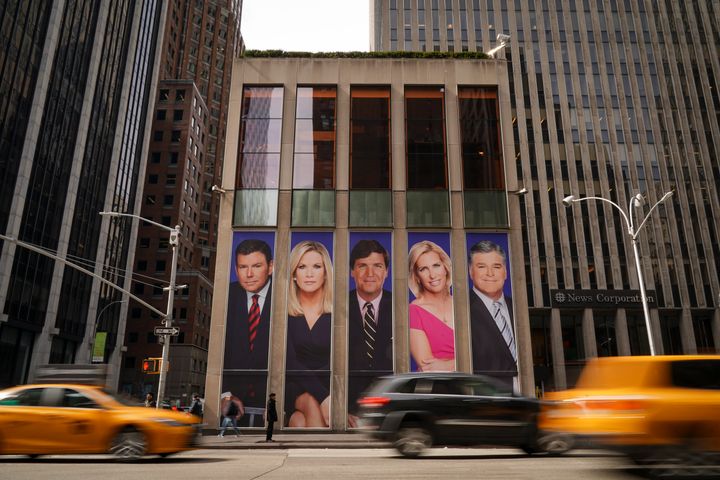 The idea is irresponsible, particularly at a time when the World Health Organization warns the U.S. could become the epicenter of the pandemic. Countries around the world have embraced drastic lockdown policies and social distancing measures because there are currently no proven treatments or vaccines to stop the virus. Until those are found, health experts say limiting the transmission of the outbreak is the best means of combating it. Loosening social distancing anytime soon would not only result in a surge in coronavirus infections, but also have knock-on effects that could overwhelm the medical system, further hurt the economy and make it harder to treat other illnesses.

“If you lift the social distancing too soon, obviously you will expose a lot of people,” said Georges Benjamin, the executive director of the American Public Health Association. “You also will clog up the health system and people will die of other diseases not related directly to coronavirus. People with heart attacks will die, people with asthma will die, people with cancer will die.”

But the idea of a quick fix to boost ailing markets is appealing for Trump, as the economy has acted as a safety net for his approval ratings and reelection hopes. Trump and conservative pundits have repeated the mantra that “the cure cannot be worse than the disease,” while using euphemisms about finding “balance” or making “difficult tradeoffs” ― downplaying the fact that they’re measuring how many people would need to die in order to see potential benefits to the market.

Some pundits have suggested measures such as restricting lockdowns only to areas with many cases of coronavirus, such as New York, or keeping seniors indoors.

But experts say the dire lack of testing in the U.S. makes it is hard to know how widespread the outbreak is across the country and that it’s unrealistic to cut off all contact with vulnerable groups.

Many pro-Trump pundits have also fixated on a faulty comparison between the coronavirus outbreak and vehicle-related deaths. They argue we don’t shut down roads or ban cars just because driving accidents kill around 40,000 people each year. But this line of reasoning is based on a false equivalence and fundamentally misunderstands the nature of the outbreak. Unlike traffic fatalities, the virus has the potential to grow exponentially and rapidly infect millions of Americans ― there is no way of knowing how many people will become sick and a worst-case scenario model projected over 1 million deaths in the U.S. alone.

Allowing a surge in coronavirus cases would overwhelm hospitals that are already scrambling for supplies and short on resources, potentially collapsing health care systems.

“I know what happens in flu seasons and when you get overwhelmed with patients and having to put people in hallways,” Benjamin said. “People die when that happens.”

Still, some Republicans and Trump-aligned media have proposed that the virus killing vulnerable groups is worth it to boost the economy. Texas Lt. Gov. Dan Patrick (R) suggested that older generations would be willing to risk their lives and that people should return to work.

“Let’s get back to living. Let’s be smart about it, and those of us who are 70-plus, we’ll take care of ourselves, but don’t sacrifice the country,” Patrick said on Tucker Carlson’s Fox News show.

Carlson, who has been a bellwether of Trump’s shifting reaction to the crisis, began floating the narrative last week that “the real imperative right now is saving jobs.” Others within the partisan media ecosystem picked it up shortly thereafter, and it soon became Trump’s message as well.

There will need to be a real conversation about when to end social distancing and other measures needed to stem the outbreak, but it has been just two weeks since WHO declared a pandemic. Restrictions are especially important now, experts say, as the U.S. is nowhere near the peak of the epidemic curve that projects how the outbreak will progress.

“If we lift these restrictions tomorrow or next week or in the next couple weeks, we’re going to lose all this time as the epidemic flourishes around the country,” said Gregg Gonsalves, an epidemiologist and assistant professor at Yale School of Public Health. “It’s going to be that much harder to get back to where we are even today.”