The mayor's press team initially told NBC Bay Area that Liccardo was staying home for Thanksgiving but later said a spokesperson "misspoke" and that the mayor spent the holiday with his parents. No other details about the visit are known at this time.

"This is a private event – not public," Jim Reed, Liccardo’s chief of staff, said in a statement to the station. "We are going to redraw the line between what is personal and what is public because that line has become blurred." 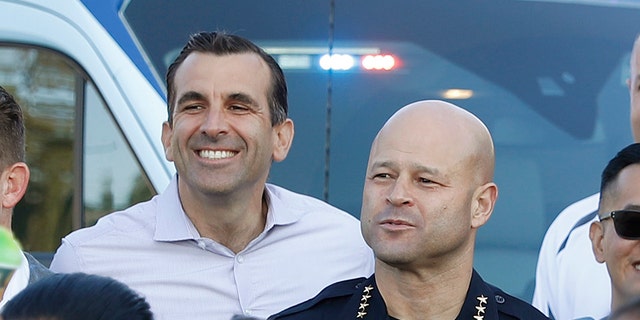 San Jose fell under California's "Purple Tier" ahead of Thanksgiving, meaning the county has more than seven cases per 100,000 people – or a more than 8% positivity rate – and residents and business owners are subject to the state's strictest lockdown measures.

In a Nov. 25 tweet, Liccardo said cases were spiking because people were letting their "guard down" and not wearing masks with "family and friends."

"I cannot emphasize enough, gathering with friends and family who are not in your household is not safe," she said.

The mayor's office did not immediately respond to a request for comment.

Gov. Gavin Newsom, who also recently came under fire for attending a birthday party at a French restaurant with three Michelin stars, and the California Department of Public Health on Oct. 9 issued new guidance ahead of the holiday season limiting gatherings to include people from no more than three households.

The guidance also says gatherings should be held outdoors with social distancing and masks.

Hospitalizations in California have increased 89% over the past 14 days and nearly 7,800 coronavirus patients were hospitalized as of Monday. Public health officials warned that people ignoring distance and mask guidelines and gathering for Thanksgiving with non-household relatives could lead to a massive surge in coronavirus cases by Christmas.

About 12% of Californians testing positive are likely to need hospital care within the next two to three weeks.

The biggest concern is intensive care cases, which have increased 67% in the past two weeks. The state has around 7,700 ICU beds, and currently 75% are occupied. More than 1,800 ICU patients have COVID-19.

If cases continue to spike, Newsom could implement even stricter lockdown rules.