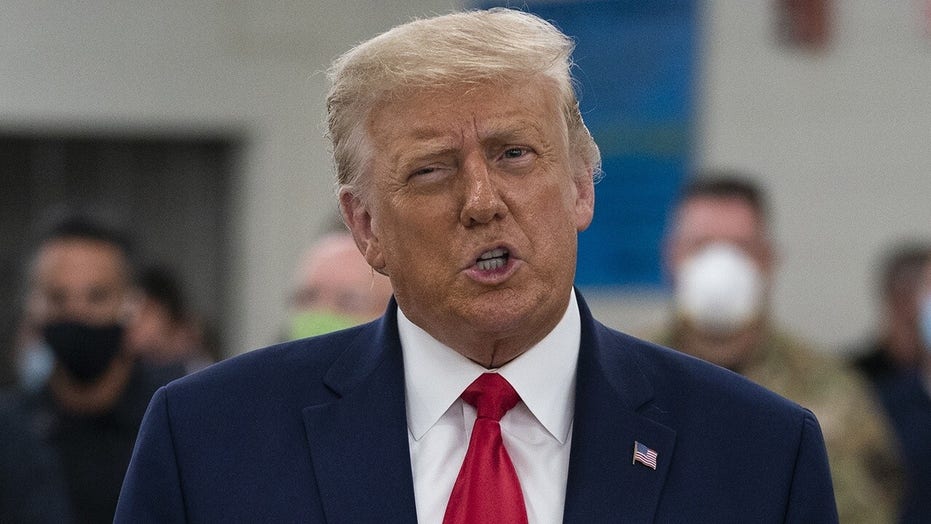 One of the common tropes we see in everyday news coverage is the claim that something said by President Donald Trump or his supporters is "without evidence."

This is a stark factual claim. Sometimes, it's starkly wrong.

The hashtag #DefundNPR started trending on Sept. 1 after NPR tweeted this to 8.3 million followers: "President Trump declined to condemn the actions of the suspected 17-year-old shooter of 3 protesters against police brutality in Kenosha — claiming, without evidence, that it appeared the gunman was acting in self-defense."

Video evidence clearly shows a man holding a handgun approach the 17-year-old, Kyle Rittenhouse, while he is on his back, and Rittenhouse shoot him in the arm. You don't have to justify everything Rittenhouse did to know there's obvious evidence of acting in self-defense.

The actual article NPR linked in the tweet made no such boast of Trump acting "without evidence." Reporter Alana Wise cautiously claimed: "Graphic video from the chaotic scene only tells a partial story. The shooter's alleged actions have split onlookers on party lines." But she failed to explain what the video showed.

On the same show two days later, NBC's Peter Alexander lectured saying, "The president, without evidence, keeps escalating his attacks on universal mail-in voting and defending recent policy changes at the Postal Service that critics warn could delay the delivery of ballots."

But NBC is blatantly avoiding evidence from its own base in New York City. The city took six weeks to count a record 400,000 absentee ballots cast in the June 23 primary and didn't certify liberal Rep. Carolyn Maloney as the winner until Aug. 6.

When Maloney's opponent, Suraj Patel, conceded last week, he complained that 11,000 ballots in the district remained uncounted. Thousands of voters also reported receiving their ballots late or never getting one.

If you're a Patel backer, that would feel "catastrophic." It would certainly feel "catastrophic" to Trump-hating reporters if Trump were to win a state with mail-in ballots by a narrow margin. They would complain if it took weeks to count the ballots and if some ballots were never counted. No one believes they wouldn't eagerly promote challenges to the integrity of the election. See 2016.

The Washington Post editorial board recently published a hyperpartisan editorial claiming Trump "has done as much as any global actor to advance the cause of authoritarianism and undermine the free world. Mr. Trump's most conspicuous aid to tyranny has been his relentless support for Russian President Vladimir Putin."

There is overwhelming evidence that Trump's policy toward Putin has been tougher than the Obama-Biden "reset button" approach.

Trump upset reporters last fall by mocking Obama at a press conference in France for letting Putin take over Crimea in 2014, saying Obama was "outsmarted."

(How dare he!) PBS reporter Yamiche Alcindor emotionally objected and said, "Why keep repeating what some people would see as a clear lie?"

Even the liberal-leaning Brookings Institution published a 2018 analysis concluding, "We should not slip into collective amnesia over the Obama administration's weak and underwhelming response to Russian aggression."

But no one should expect the Biden-loving press to ever report that "Biden stated without evidence Trump weakened American policy toward Russia."