"What would Bolton, one of the dumbest people in Washington, know? Wasn’t he the person who so stupidly said, on television, 'Libyan solution', when describing what the U.S. was going to do for North Korea? I’ve got plenty of other Bolton 'stupid stories,'" Trump wrote.

Bolton called Trump "unfit for the job" during an appearance on CNN on Saturday night.

"There's a theory out there, I know, that Trump is getting worse as Jan. 20 approaches," Bolton said. "No, he's not. It's the same behavior repeated over and over again. Let's take the idea of putting military capabilities into the swing states and running the election again. Look, there's a difference between incompetence and malevolence. In Trump's case, this is incompetence."

"That's why the burden again and again falls on senior advisers to push him back and reign in," he continued. "I would just suggest since there are a lot of members of Congress up on the Hill, particluarly Republicans, this would be a good night to talk about the Constitution and why the president can't invoke martial law." 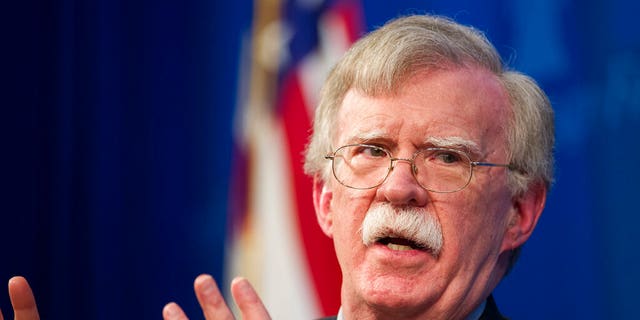 Bolton has made such claims about the president before. Trump fired Bolton in September 2019, saying he "disagreed strongly" with the adviser's suggestions on a range of issues.

Trump denied reports that he discussed invoking martial law to overturn the election after Flynn tweeted an ad Dec. 1 from the conservative We the People Convention calling on Trump to invoke martial law "if Legislators, Courts and the Congress do not follow the Constitution."