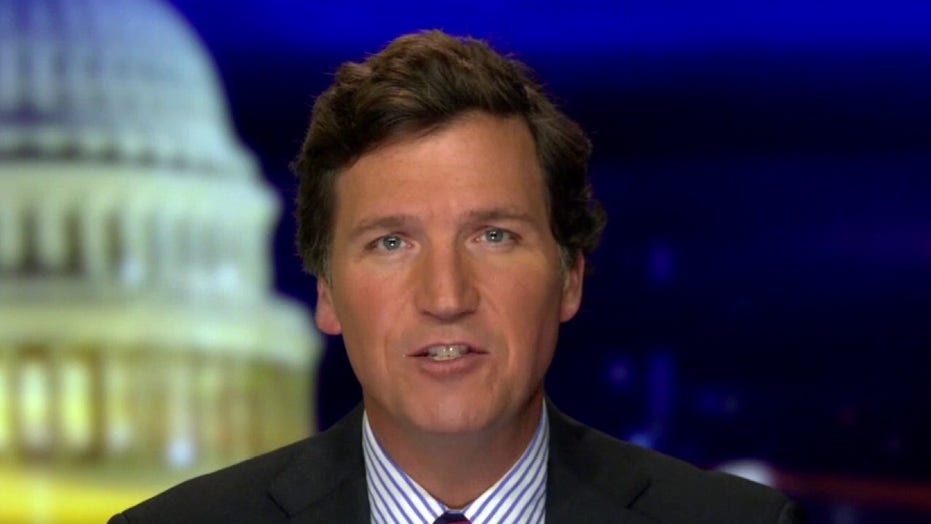 Editor's Note: This article is adapted from Tucker Carlson's opening commentary on the Oct. 21, 2020 edition of "Tucker Carlson Tonight."

Over the past few days, weeks, months and years, we've learned that the class system in this country is more real than we ever knew. If you're a member of the group that's in charge right now, you can do pretty much whatever you want. Jeffrey Epstein understood that early on.

When you're on the right team, you can publish someone else's tax returns or private phone calls and no questions will be asked. Is that legal? Who cares? Laws don't apply to you. You could literally broadcast your sexual fetish live on a Zoom call and keep your job at CNN. You went to Harvard! You're too important to fire! Relax, it's not like you're a prole or think that all lives matter.

So those are the new rules. If you're on the wrong team, and many are, it can be frustrating to watch all of this because you know deep down that if you dared to behave like these people behaved, you'd be in very deep trouble. You can feel hopeless after a while.

But then out of the blue, something will happen to remind you that actually there is hope. Why? Because people this awful cannot rule this country forever. They're not capable of it. They are too arrogant. They're too stupid, stupid enough to let their hypocrisy show. In the end, that will be their undoing. You cannot impose rules you refuse to follow. People will not put up with that over time, and yet these people can't help themselves.

We have an amazing example of this, a story worth putting in the Museum of Hypocrisy right next to Bernie Sanders' private jet and the automatic weapons Michael Bloomberg's bodyguards carry.

The protagonist of this story, as is so often the case, is one Christopher Charles Cuomo, primetime anchor on CNN and brother of a sitting governor. Before we tell you the story, however, some context: The one thing you are likely to know about Chris Cuomo is that Chris Cuomo really believes in masks, really believes with sincere religious intensity. If there was a shrine to the patron saint of paper surgical masks somewhere in the countryside of Portugal, Chris Cuomo would go there each summer. He would crawl on his knees if he had to, such is his devotion.

But the question is, is it real? Is this man actually Dietrich Bonhoeffer or is he Jimmy Swaggart? It's pretty clear what his building superintendent thinks.

"Tucker Carlson Tonight" has obtained a letter from the management of Chris Cuomo's New York City apartment building. The letter in question is addressed directly to Chris Cuomo and dated Aug. 6. Here's what it says:

"Dear Mr. Cuomo, as I am sure you know, because of the ongoing COVID-19 health crisis, on April 15th, 2020 Governor Cuomo issued Executive Order 202.17, which requires anyone over the age of two to wear a face mask or cloth that covers their mouth and nose while in a public space."

It's a fair guess that Chris Cuomo already knew that because after all, he's the mask guy. And, of course, his own brother issued the order.

The letter continues: "You have been observed entering and exiting the building and riding the elevator without the required face coverings. Even though staff members have asked you to comply with this requirement, you have refused to do so. This is a violation of the Executive Order, building policy, and it places other residents and our staff at risk. There are no exceptions to this rule and you are required to comply."

The letter goes on to threaten Chris Cuomo with a $500 fine if he continues to endanger his neighbors and the city with his masklessness. Let that sink in for a moment.

Now, at this point, we can guess what you're thinking: This has got to be Russian disinformation. Vladimir Putin hates masks, obviously. He's Vladimir Putin. He's bad. Bad people don't like masks. It's that simple. And Putin would like nothing more in the world than to discredit Chris Cuomo because Chris Cuomo is this country's foremost and most fearless defender of mask goodness. So, of course, that's what we assumed was going on.

But then we did some reporting, and honestly, it pains us to tell you this, but we have confirmed the letter is, in fact, real. It's not a Russian plant. We called the building manager and she spoke perfect English with not a hint of Slavic inflection. In fact, she admitted writing the letter. We should tell you that she became upset when we mentioned Chris Cuomo by name, but we don't blame her for that. You don't want to tangle with the man who does squat thrusts while eating lunch. You don't know what might happen.

But you do wonder about Chris Cuomo. Will his brother have him arrested? Back in May, we learned that very well could happen in New York. No one is above Corona law.

ANDREW CUOMO: I think it's disrespectful of people not to wear masks. I mean, think about it … Do I think local government should be enforcing it? And should there be sanctions? Yes. Yes, because it is a public health emergency … And I think there should be a penalty because you could literally, literally kill someone. You could literally kill someone because you didn't want to wear a mask.

Keep in mind, the governor knows more than a little about literally killing people in New York. But we don't expect Andrew Cuomo to ship his brother to Rikers. The governor didn't do anything earlier this month, when we showed you a photograph of Chris Cuomo without a mask outside at a crowded restaurant on Long Island. Gov. Cuomo didn't do anything either when his brother faked being in quarantine earlier this year and instead spent the afternoon hassling bicyclists. Chris Cuomo is a good person, so the idea is he deserves a fourth chance.

We mock Chris Cuomo, but let's take this to a deeper, more human level. Imagine being him by day. There he is, giving you more sermons about how you must wear masks. But by night, he's wandering maskless through his own building, endangering his neighbors and ignoring demands that he put on a mask. Chris Cuomo must be deeply upset with Chris Cuomo. Which, of course, we already guessed from his exercise regiment. It's not an exaggeration to say that Chris Cuomo is a man at war with himself. How will this end?