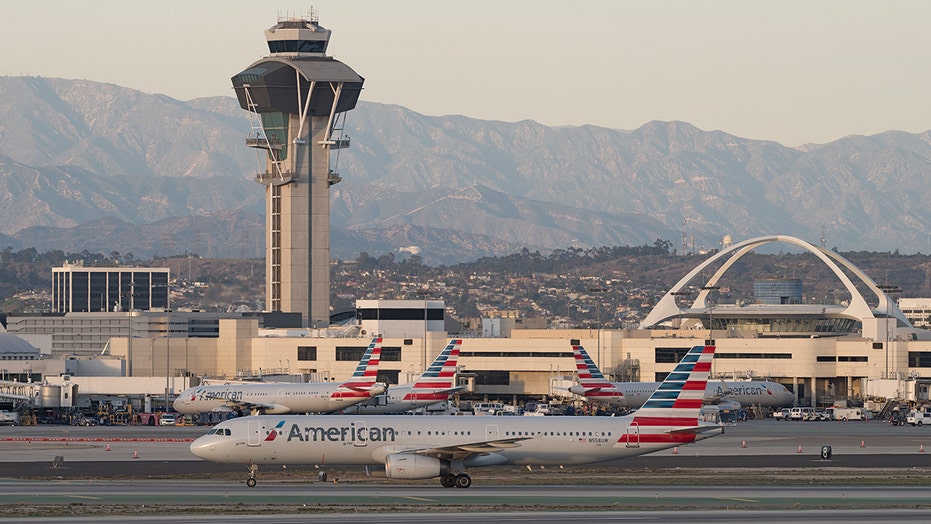 Sara Nelson, president of the Association of Flight Attendants, joins Neil Cavuto to discuss how coronavirus is impacting the airline industry.

An American Airlines pilot in California reported seeing a “guy in a jetpack” flying roughly 3,000 feet above-ground as he was nearing Los Angeles International Airport, according to a recent report.

The American flight 1997 pilot was roughly 10 miles away from LAX on Sunday evening — while it was still light out — when he spotted the unusual sight and notified authorities, local affiliate FOX 11 Los Angeles reported.

“Tower, American 1997, we just passed a guy in a jetpack,” the pilot can be heard saying in radio transmissions obtained by the news station. When the air traffic controller asks whether the pilot said the person was on the right or left side of the plane, he responds: “Off the left side, maybe 300 yards or so, about our altitude.”

A second pilot then piped in, according to the report, telling air-traffic control: “We just saw the guy passing by us in the jetpack.”

It's not clear what happened to the jetpack-traveler, who had not been located as of Monday night.

The Federal Aviation Authority told FOX 11 it reported the incident to Los Angeles Police Department, who are investigating, but the LAPD told the outlet they had not yet received the report.

Spokespersons for the FAA and LAPD did not immediately respond to Fox News’ requests for comment.