THIS is the disturbing moment a woman was thrown to the ground by police during violent unrest at London's anti-lockdown protest yesterday.

Shocking footage shows the middle-aged protester standing on a foldable chair during the We Do Not Consent rally in Trafalgar Square. 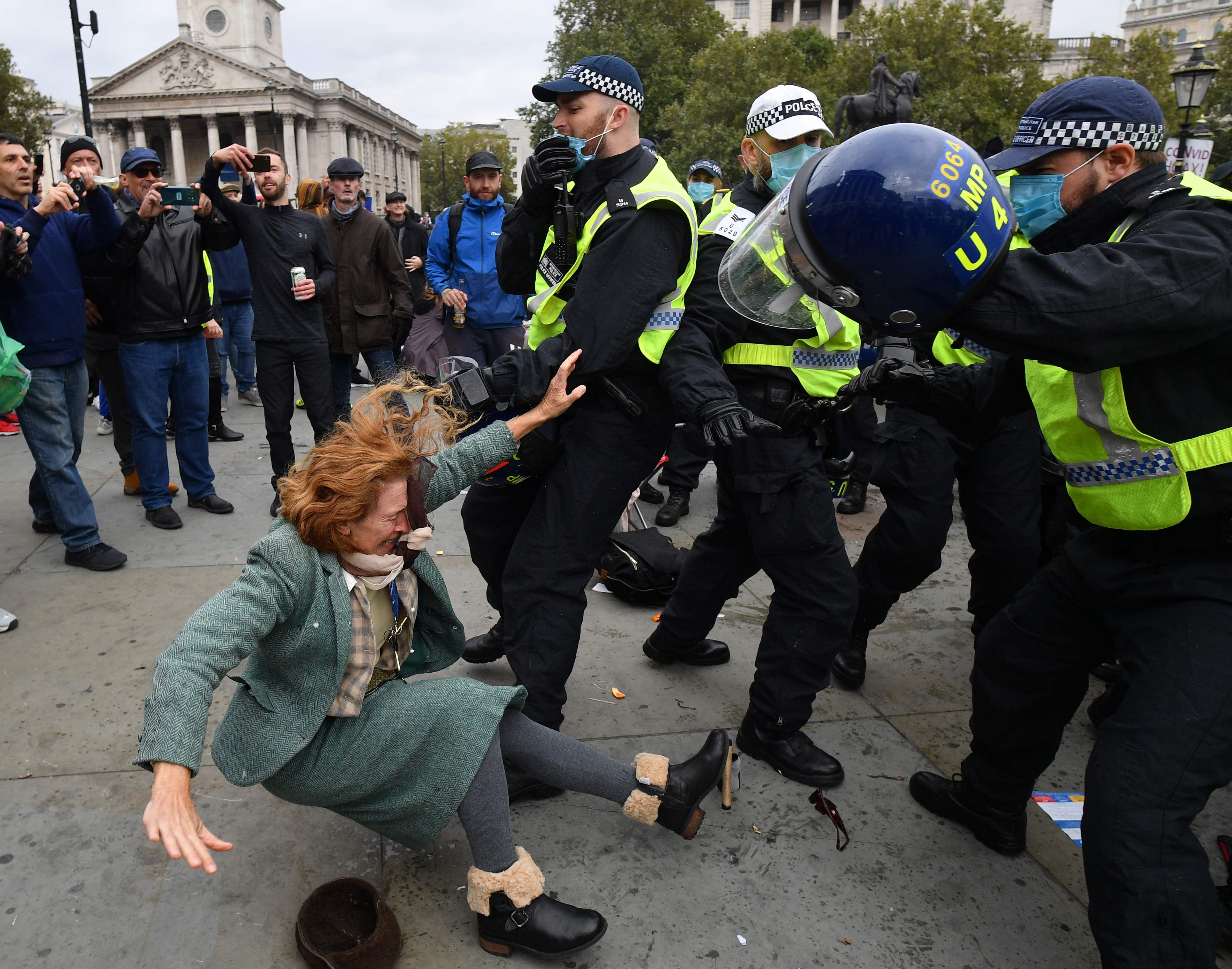 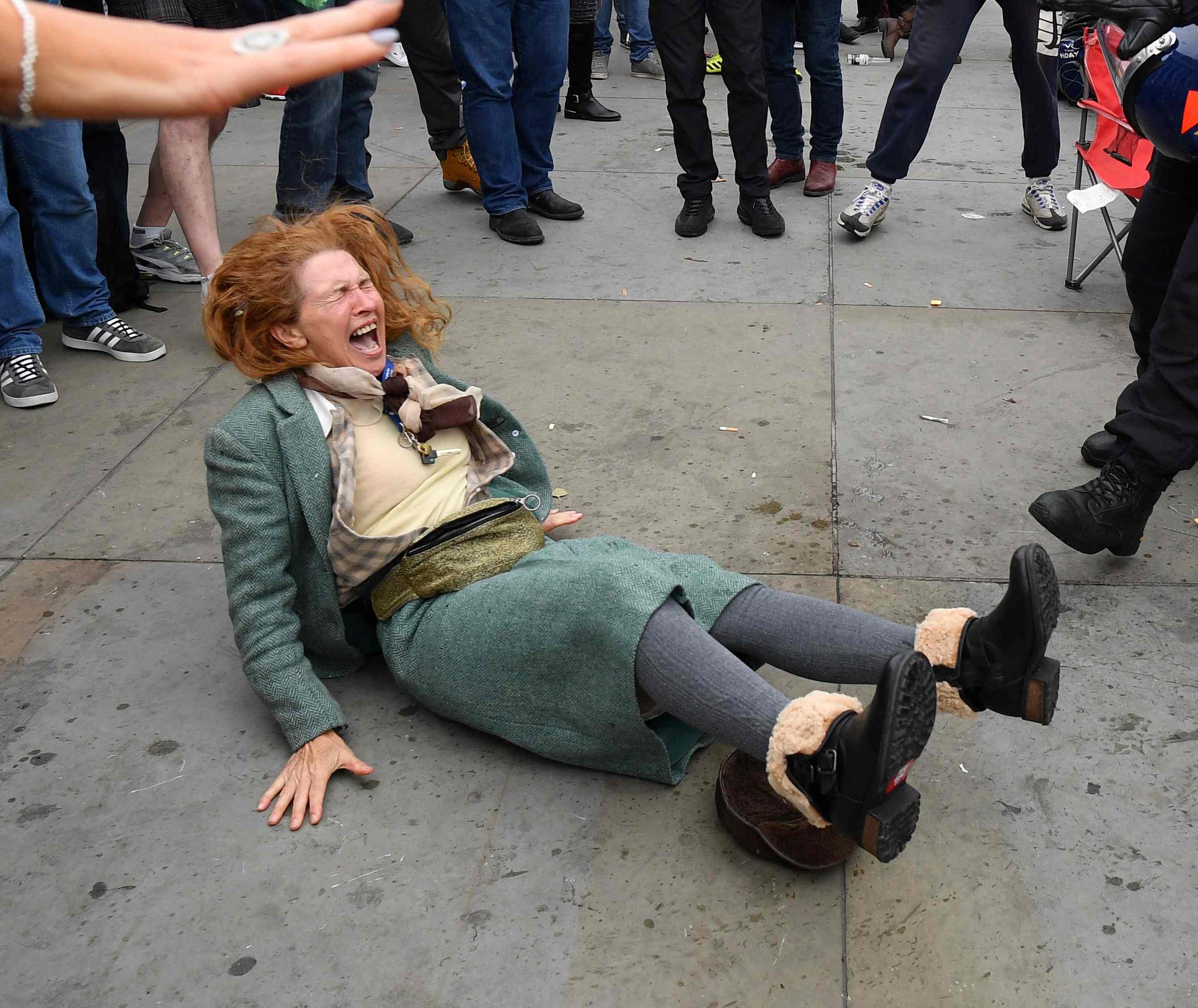 However, amid ugly scenes in which nine officers were injured, police swarmed around the woman with one pulling the chair from under her feet.

And while she managed to initially maintain her balance, the lady grappled with cops with one officer apparently shoving her to the ground.

Several protestors shouted in disgust as a few helped the woman who was pictured grimacing in pain.

This comes as maskless campaigners took over Trafalgar Square before moving to Hyde Park as they accused the government of "tyranny" and called for an end to restrictions.

Met Police said the "lack of action" by organisers in keeping people safe from the virus meant they had to go in and break it up.

Those arrested were held for offences including breaching coronavirus regulations, assaulting a police officer, public order offences and violent disorder.

Crowds who flouted social distancing rules chanted "pick your side" and "we do not consent" at officers who seized their sound system in Trafalgar Square this afternoon.

Piers Corbyn, 73, the brother of the former Labour party leader Jeremy, was seen punching the air as he addresses thousands of demonstrators.

Protesters waved banners and placards with messages such as "this is now tyranny" and "my body, my choice".

Others compared a potential coronavirus vaccine to "cyanide" and quotes from Nazi propaganda chief Joseph Goebbels.

And one large banner simply read, "no more lies, no more masks, no more lockdown".

It comes as almost 18 million Brits – a quarter of the nation – will be plunged into local lockdown by 6pm tomorrow after a record number of Saturday Covid cases. 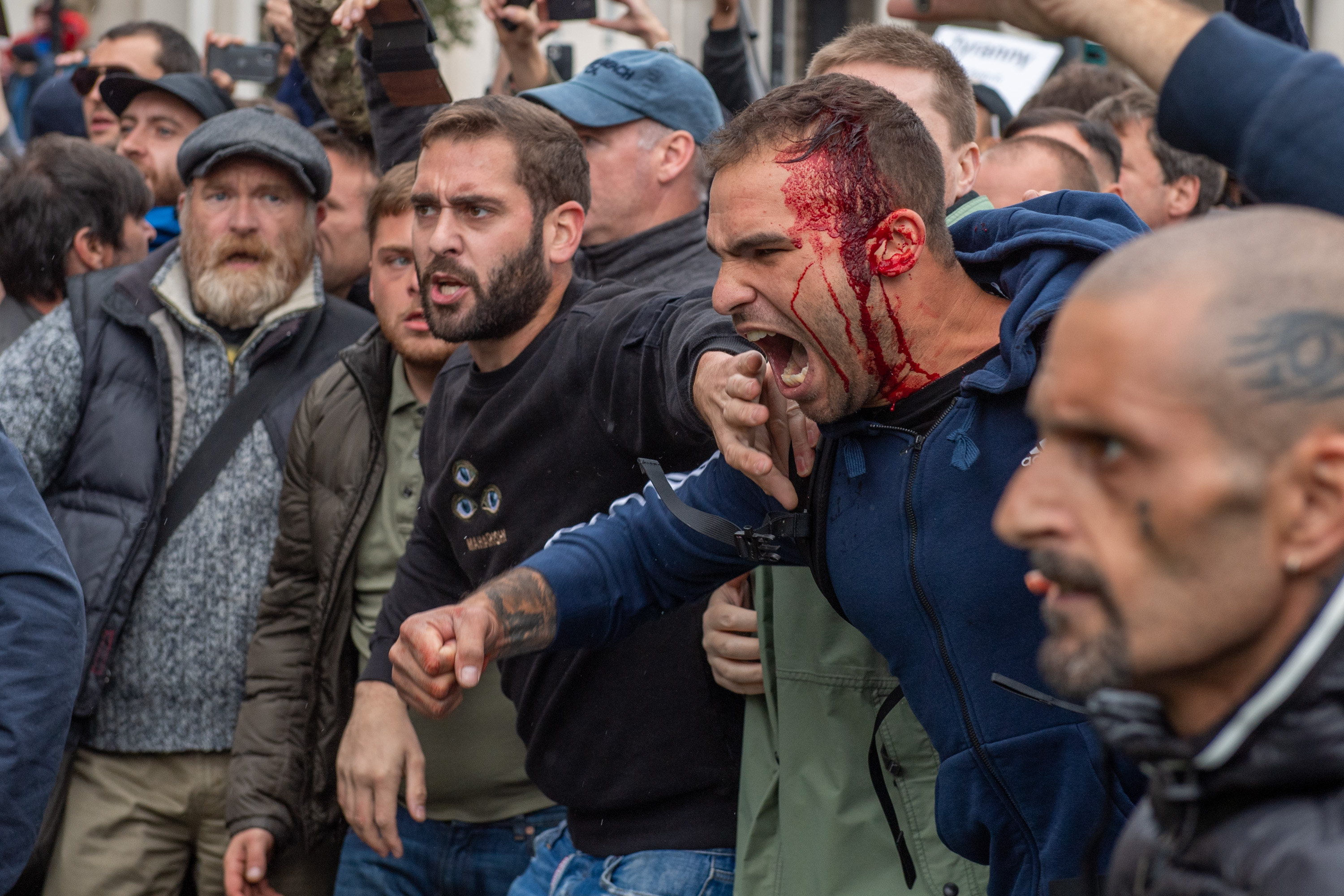 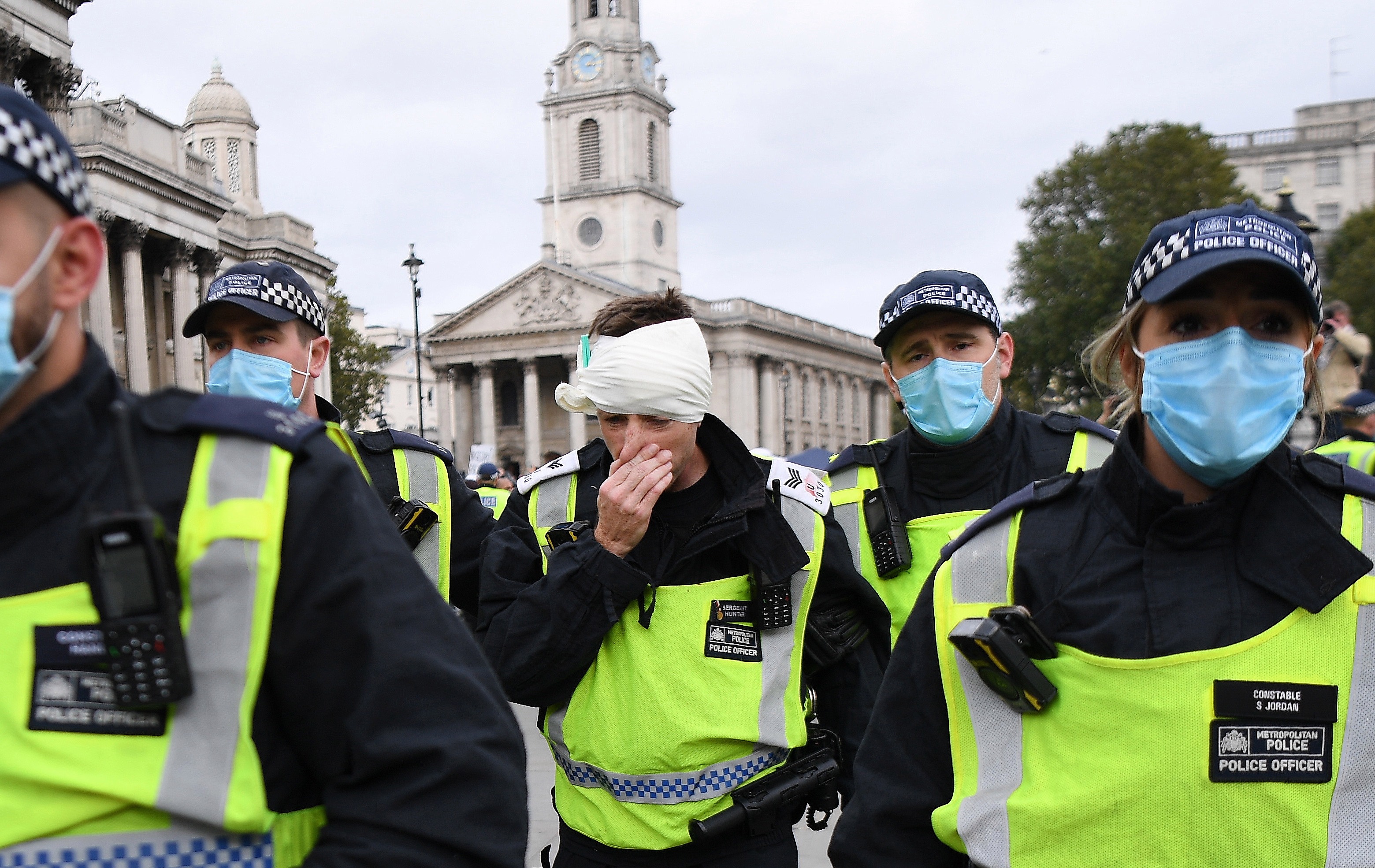 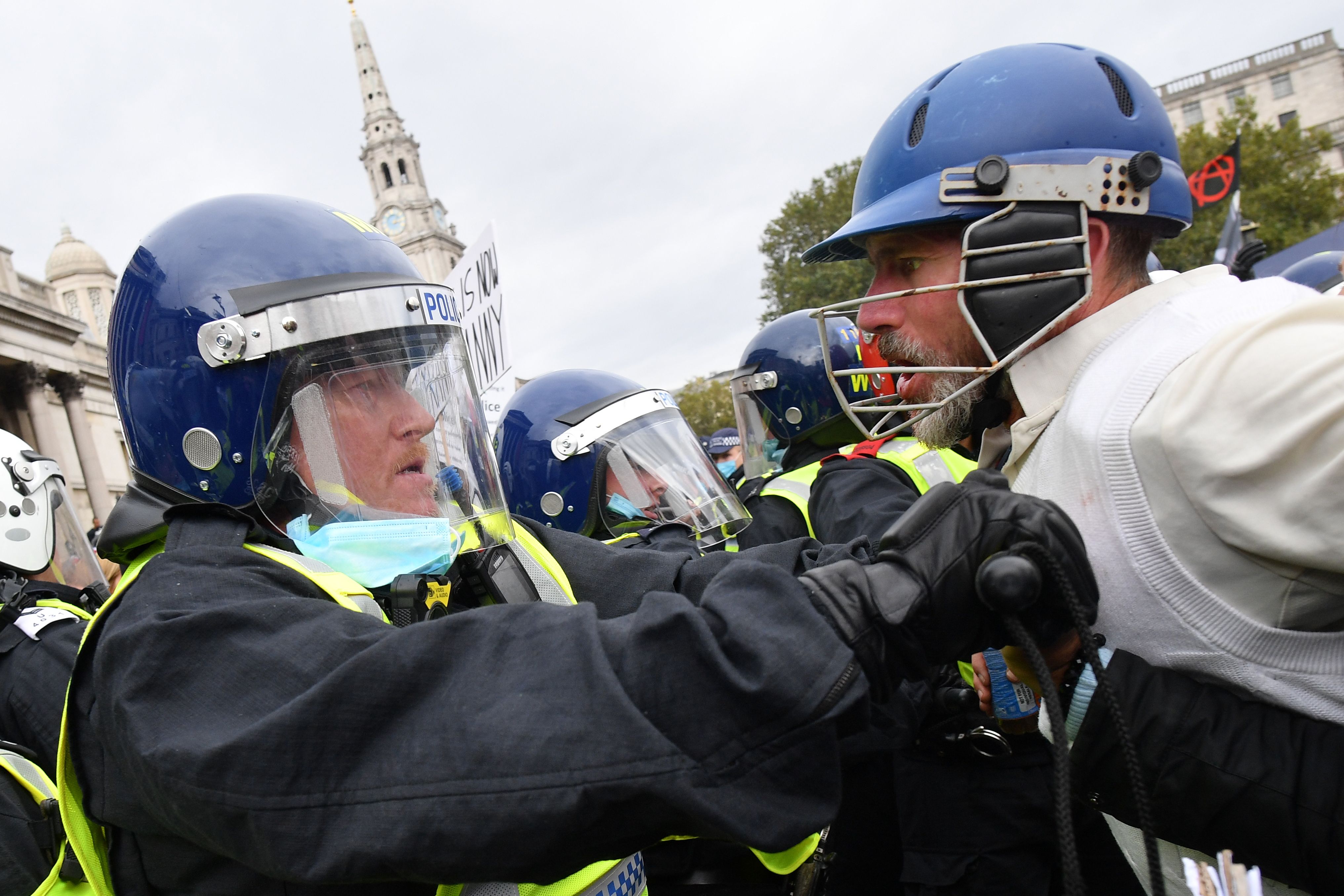 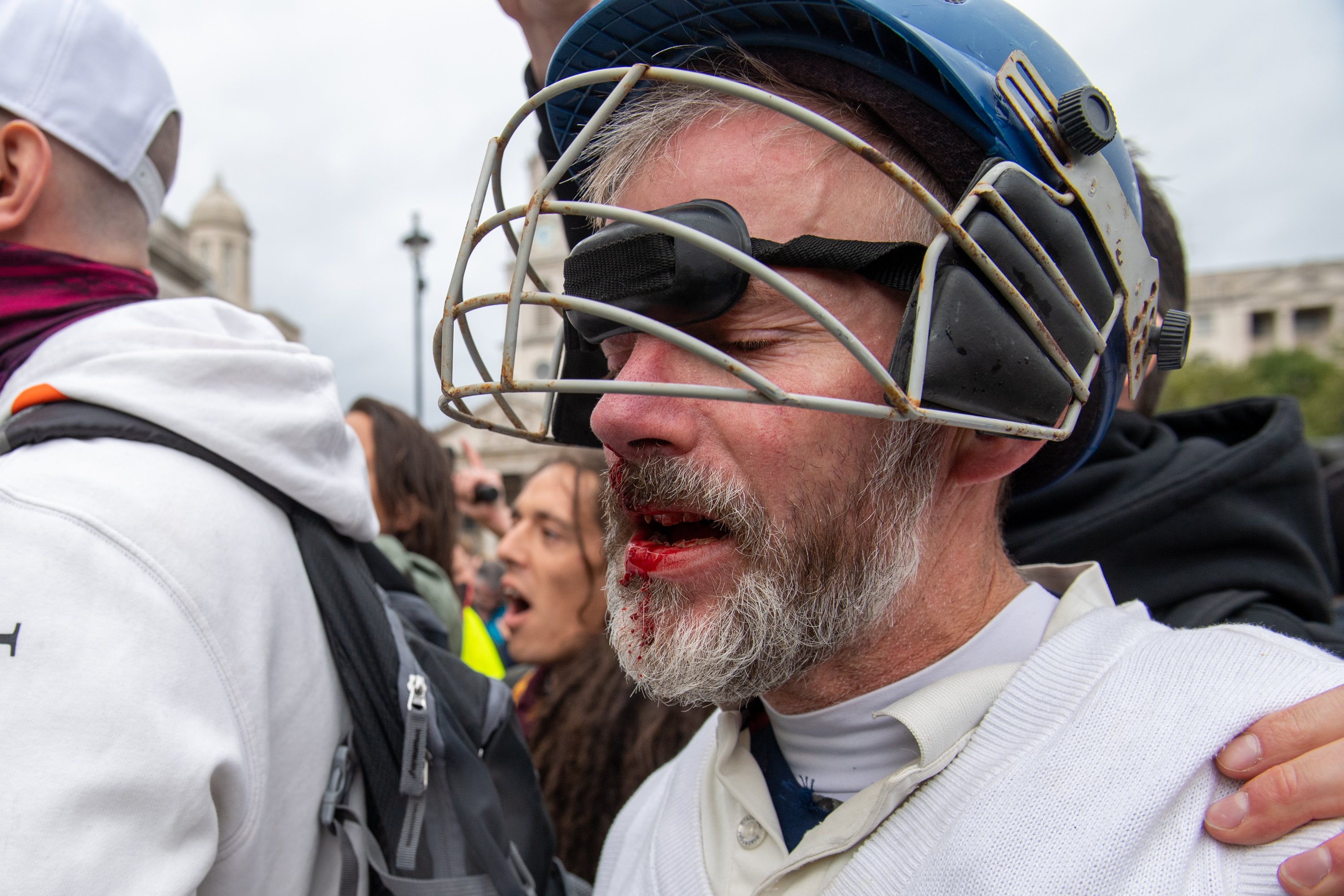 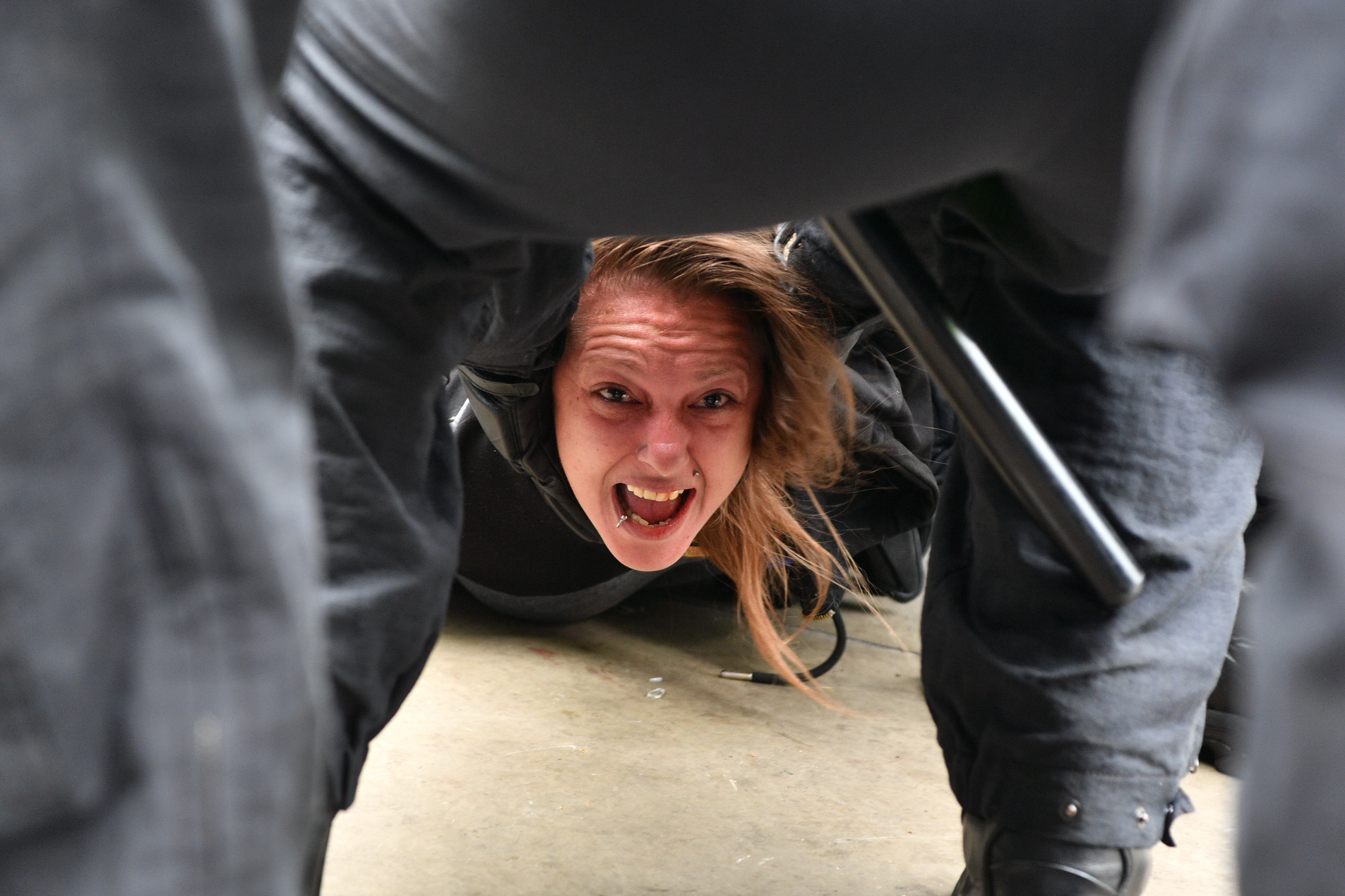 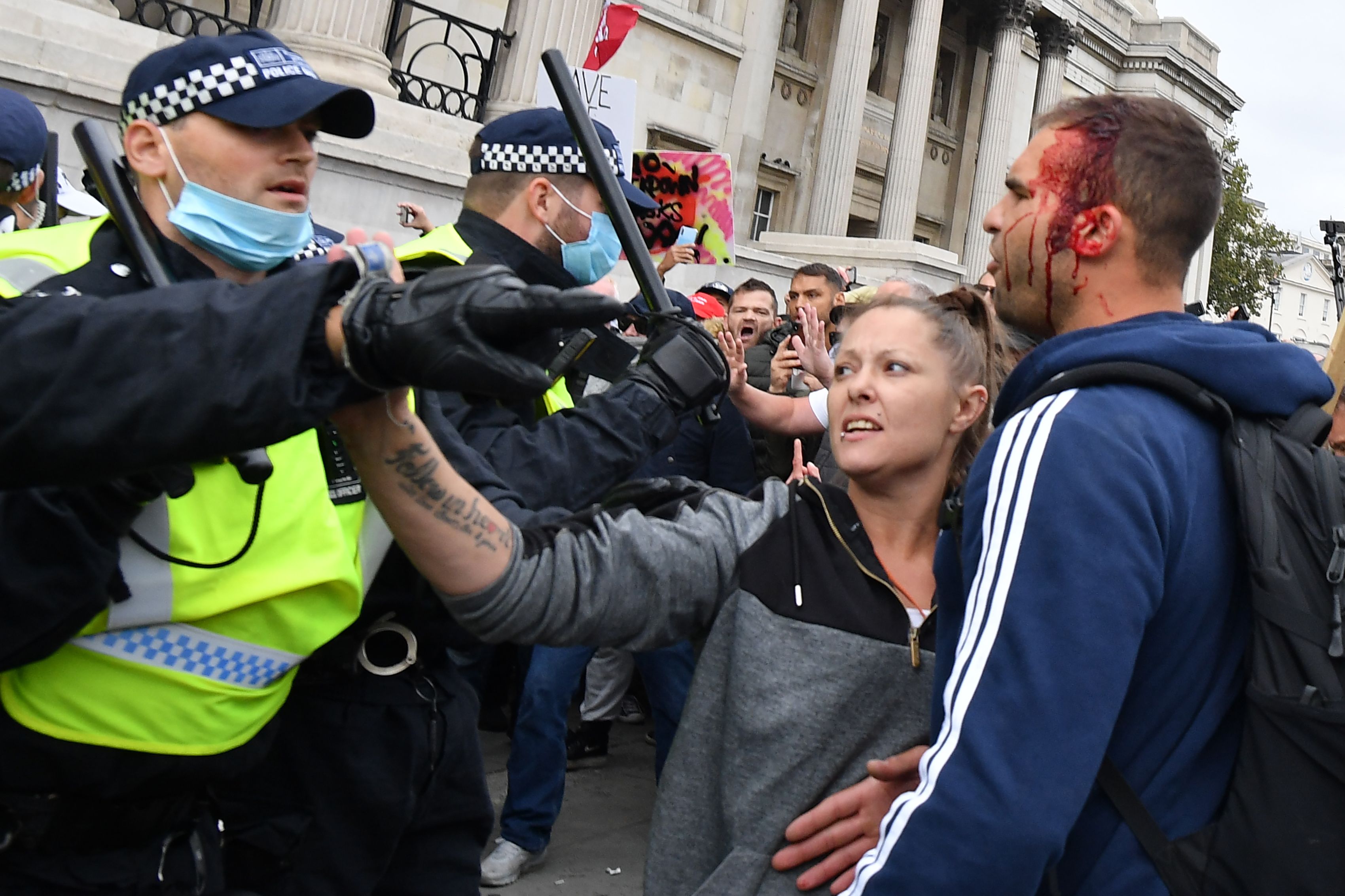