Wellington: New Zealand's government says it did not approve an aid agency's decision to release the name of a New Zealand nurse held captive by the Islamic State group in Syria. 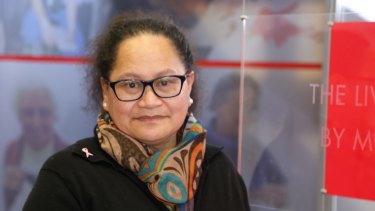 Louisa Akavi in a picture supplied by the International Committee of the Red Cross in 2014.Credit:ICRC

He said New Zealand opposed any steps that might endanger 62-year-old midwife and nurse Louisa Akavi or impede her location and release.

Peters said: "That's a very polite way of describing how one person has, in my view, dropped the ball so to speak."

The ICRC said it believed it had New Zealand's support for its decision to release the name and nationality of Akavi, who was taken prisoner in northwest Syria in 2013.