BIZARRE 'alien-like' sea creatures have washed up on a British beach – and they could be worth a fortune.

Martyn Green, 47, was on holiday with his family when they spotted the creepy sea creatures on the shores of Caernarfon in North Wales. 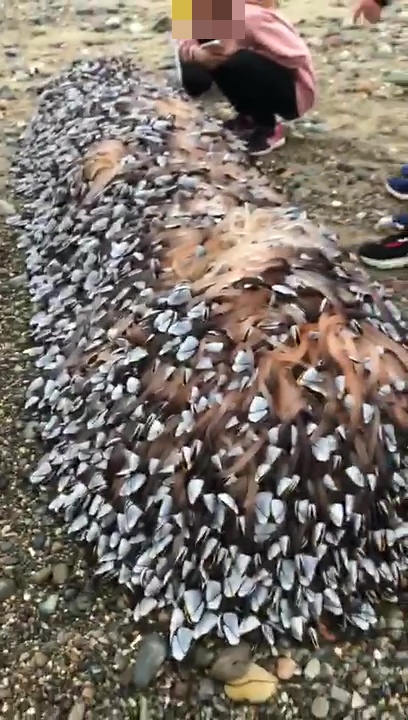 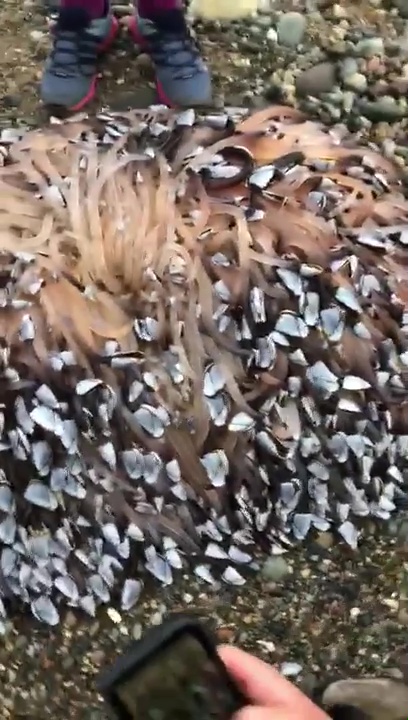 At first, he thought it was just a large piece of driftwood that had made its way onto the shore.

But on closer inspection, he realised there were thousands of tentacled sea creatures attached to the piece of wood.

The eerie creatures are Gooseneck Barnacles – which are crustaceans that are related to crabs and lobsters.

In the footage, they can be seen poking in and out of their chalky white shells.

Despite their otherworldly looks, the sea creatures are considered a delicacy in Portugal and Spain, where they're known as percebes and can be sold for "as much as £25 a go."

Martyn Green, from New Brighton, Merseyside, said that the alien-like creatures looked like something from out of this world.

WHAT ARE GOOSENECK BARNACLES?

After the 47-year-old's son Daniel did a quick online search, they realised what they were looking at were Gooseneck Barnacles.

Martyn said: "It turns out they are one of the most expensive sea creatures you can buy.

"From looking on Google I think it's about £25 each they go for, and on the log there were probably about 2,000 of them."

If the estimations are correct, that means the bizarre log full of the barnacled creatures would wrack up a staggering £50,000.

Mr Green posted pictures of the barnacles and their shells to Facebook, which his friends described as "mesmerising".

One person said that the find was "fantastic" while another described the unusual sea creatures as looking "like bloody aliens".

According to Frankie Hobro, the director of Anglesey Sea Zoo, the Gooseneck Barnacles aren't rare in themselves, but they are rarely seen in large numbers on the North Wales coastline. 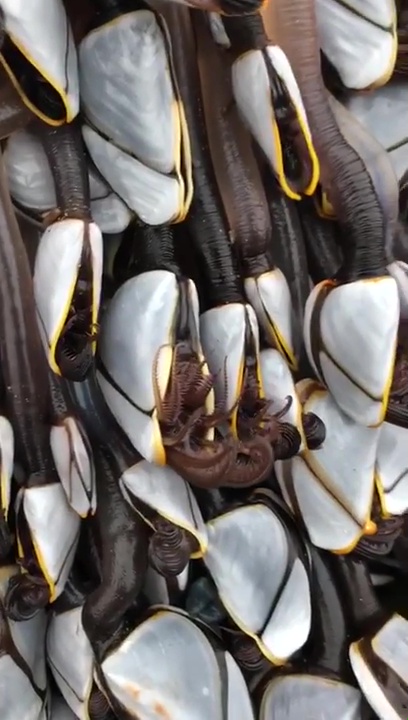 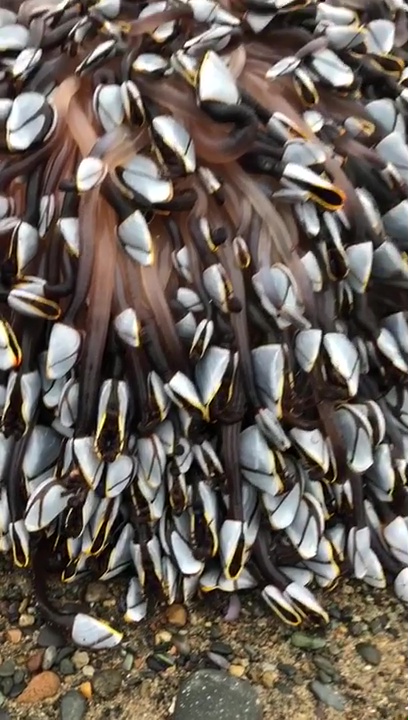