Calls for motorway traffic signs to be redesigned

Motorway signs should be redrawn as they are hard to read and can lead to careless driving, the transport watchdog has warned.

Transport Focus told Highways England, the body in charge of motorways, that it should review junction signs as key elements are often hidden by large trees or high-sided lorries.

These include cutting across chevrons and even swerving across two or three lanes.

Some drivers who did miss their junction were even found to have reversed back along the motorway, The Times reported.

Junction numbers are usually in the bottom left corner of motorway signs meaning that tall vehicles or overgrown greenery can block them from view, which Transport Focus claimed is part of the problem. 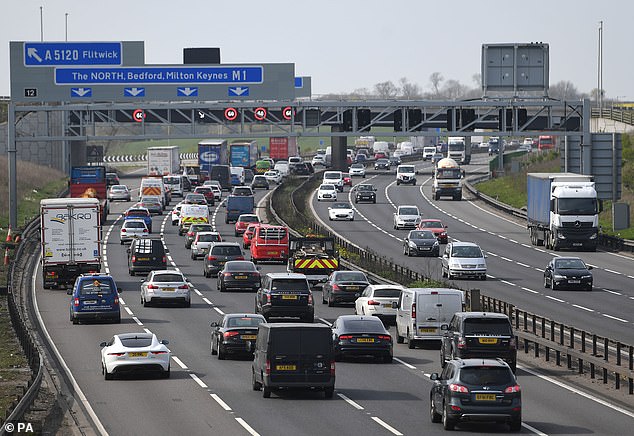 Motorway signs should be redrawn as they are hard to read and can lead to careless driving. Pictured traffic on the M1 in Bedfordshire

Highways England should instead think about placing junction numbers on the top-left corner of signs to make them easier to see.

Anthony Smith, chief executive of the watchdog, said the current position of junction numbers ‘can lead to careless driving which could perhaps be prevented’.

Department for Transport figures show that there were 752 accidents close to motorway junctions in 2017. Nine were fatal and 90 resulted in serious injuries.

One in six crashes on the motorway took place around junctions.

The number of miles driven on Britain’s motorways has increased by 30 per cent over the past two decades, and motorists clocked up 68billion miles on motorways last year.

The 30 per cent rise is three times the increase seen on other roads.

In a survey of more than 2,000 drivers, Transport Focus found that 17 per cent of drivers admitted making a potentially unsafe move because a junction number was obscured. 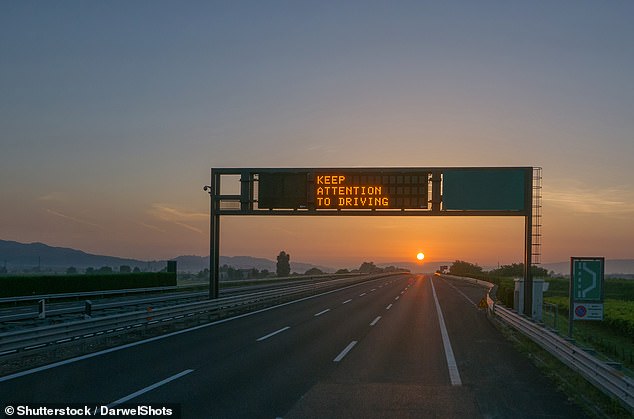 Anthony Smith, chief executive of the watchdog Transport Focus, said the current position of junction numbers ‘can lead to careless driving which could perhaps be prevented’

An additional 29 per cent said they missed a junction after missing the number on a sign.

Of the drivers who had problems seeing junction numbers, 47 per cent blamed ‘overgrown vegetation’ while 74 per cent said large vehicles in the inside lane had blocked their view.

Damage to signage and poor lighting were also blamed by drivers who had problems spotting junction numbers.

The watchdog’s report said: ‘Transport Focus recommends that Highways England reviews the position of junction numbers on road signs to ensure maximum visibility for the safety and convenience of all road users.’

Highways England said: ‘We welcome any research which we can add to our own insight to help us better understand road users’ needs and improve their experiences on our roads.’