Cinema-goer died after his neck became wedged under leg-rest

Vue Cinema-goer, 24, died of ‘catastrophic’ injuries after his neck became wedged under an electronic leg-rest when he kneeled down to search for his keys and phone

A Vue Cinema-goer died from ‘catastrophic’ injuries after his neck became wedged under an electronic leg-rest, an inquest has heard.

Ateeq Rafiq had kneeled down after he had been struggling to find his keys and phone.

The 24-year-old had been at the cinema with his wife Ayesha Sardar on March 9 last year and bought tickets from a machine for seats in Gold Class, screen 17.

After realising his keys and phone were missing he got up off his seat with the footrest in the raised position and went under the seat. 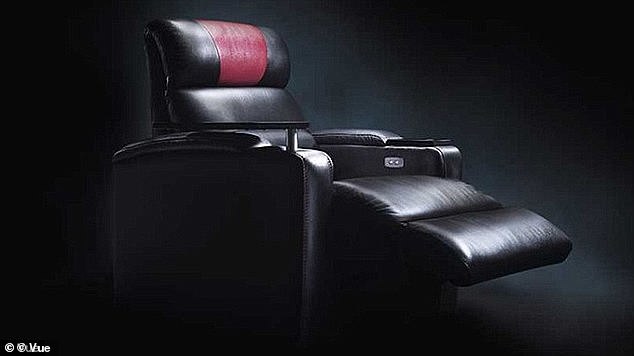 An image of a ‘Gold Class’ seat, similar to the one that Ateeq had become trapped in

Birmingham Coroners’ Court heard that his body had turned blue after the accident and that it had been 10-15 minutes before he had been released from under the chair.

Area coroner Emma Brown said his wife had tried to hold the footrest up when it had started to come down on him. She wasn’t able to operate the buttons to stop the movement of the footrest.

Paramedics arrived and Mr Rafiq was taken to Heartlands Hospital where he died on March 16 after suffering a ‘catastrophic’ hypoxic brain injury.

The coroner said the inquest would be looking at the mechanical cause of how he became trapped, plus any adjustments or alterations that had been made post manufacture to the footrest.

In a statement Ayesha Sardar described her husband as a ‘loving father, son, husband and friend.

‘He was always happy and positive and took every day as it came.He had a brilliant sense of humour and the greatest of hearts.

‘There is not a day that goes by when we do not think of him. He is now a beautiful memory for his three year old daughter.’

On the first day of the inquest, a Health and Safety Executive (HSE) inspector said the chair occupied by the father-of-one was among eight in the 52-seat screening room on which the footrest was impossible to lift by hand. 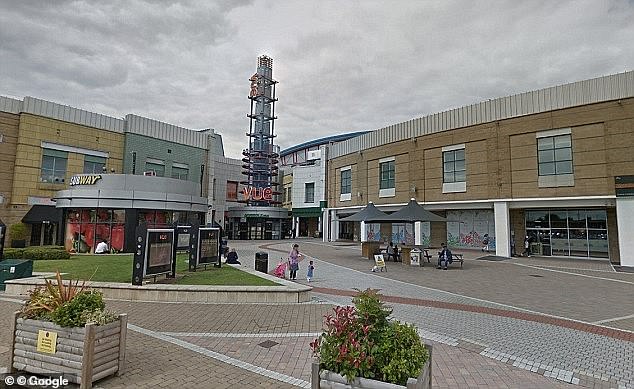 HSE principal specialist inspector Charles Simmons-Jacobs told the hearing other luxury seats had a footrest which could be lifted up due to being fitted with a different actuator.

Mr Simmons-Jacobs was asked to visit the Vue Cinema at Birmingham’s Star City complex on March 27 last year as part of a city council inquiry.

He told the court the ‘gold class’ seats were fitted with a pressure pad, meaning the controls only worked when a customer was seated.

After a customer vacated one of the seats, the control box waited for four seconds before returning the headrest and footrest to vertical positions, the inquest heard.

The seat occupied by Mr Rafiq – C5 – was found after the accident to have a blown fuse.

Describing the tragedy Mrs Sardar she said her husband had used her mobile phone as a torch to look for his phone and keys.

She said at one point his whole body was under the seat with only his legs visible.

‘The footrest started to come down trapping his neck. He called out in pain. I continued to get the footrest off. This was trapping my fingers.

‘I then noticed there were no lights displayed on the control panel at the side of the chair. I realised I needed to get help and I ran outside Gold Class.’

After trying to get help Mrs Zardari went back into the cinema.

‘I noticed his breathing was very bad. It appeared as if he was suffocating.’

Mrs Sardar said she found one member of staff and after about five minutes others arrived.

She said she had asked whether her husband was breathing and that when they did pulled him out, his body was blue.