Coronavirus can knock eight points off your IQ: Virus causes ‘brain fog’ that can cause mental damage similar to the mind aging a decade, research suggests

Coronavirus could age the brain by ten years or cause IQ to fall, a study has suggested.

Researchers have warned that survivors of the worst cases of the virus could be at risk of lasting mental damage, equivalent to an 8.5-point drop in IQ or the brain ageing a decade.

This ‘brain fog’ has already been reported by sufferers for weeks, even months after recovering from Covid-19.

Some have told of losing the ability to recall everyday facts or hold a conversation.

It has sparked fears that the disease could have long-term cognitive impacts, in a similar way to the effects of strokes or microbleeds on the brain.

And now the study – conducted by an Imperial College London-lead team – say Covid could have real ‘chronic cognitive consequences’.

The team analysed questionnaire answers from almost 85,000 people who had recovered from confirmed or suspected Covid-19.

Coronavirus could age the brain by ten years or cause IQ to fall, a study has suggested. Scientists discovered that damage to the brain occurred in varying levels depending on how severe the disease had been

They also established that differences in other factors – including age, underlying health conditions or education – could not explain the deficits

They discovered that damage to the brain occurred in varying levels depending on how severe the disease had been.

Of those who took part, 60 Covid-sufferers were put on a ventilator, 147 were hospitalised with no ventilator, 176 were cared for at home due to respiratory problems, 3,466 struggled with their breathing but were not medically cared for and 9,201 said they had Covid but with no difficulty breathing at all.

Those who were in intensive care or who needed ventilation, recorded the equivalent of an 8.5-point drop in their IQ.

This is a big enough fall for an individual to notice an impact on their day-to-day life and job, the authors warn.

It is larger than the gap in cognitive ability seen in patients who suffered strokes. 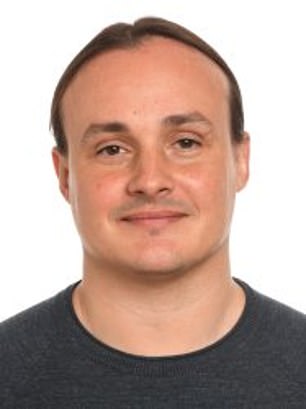 Lead author Adam Hampshire (pictured), from Imperial College London, said the ‘shocking’ findings did not apply only to patients who ended up in hospital

Lead author Adam Hampshire, from Imperial College London, said the ‘shocking’ findings did not apply only to patients who ended up in hospital.

Some who tested positive for the virus but had no breathing difficulties also recorded some cognitive decline after they recovered.

Those who recovered at home experienced an IQ drop of four points or the equivalent of ageing five years.

They also established that differences in other factors – including age, underlying health conditions or education – could not explain the deficits.

They were able to compare the test results to pre-Covid times because the 85,000 people sampled had already answered questions as part of the Great British Intelligence Test – providing a benchmark for IQ before the pandemic.

The study says the results should act as a ‘clarion call’ for further studies on how coronavirus affects the brain.

The study says its results support concerns that ‘there are chronic cognitive consequences of having Covid-19’.

It reads : ‘Individuals who recovered from suspected or confirmed Covid-19 perform worse on cognitive tests in multiple domains than would be ­expected, given their detailed age and demographic profiles.

‘This deficit scales with symptom severity and is evident amongst those without hospital treatment.’

The researchers did point out that any time spent in intensive care or on a ventilator for any disease will have an impact on cognitive function.

The initial study was conducted in May, and the authors said further research is needed to establish how long this Covid-related ‘brain fog’ lasts.

The 40-year-old, who caught coronavirus in March, was forced to give up work in June due to the effects of ‘long Covid’. She said her concentration and memory are still poor. 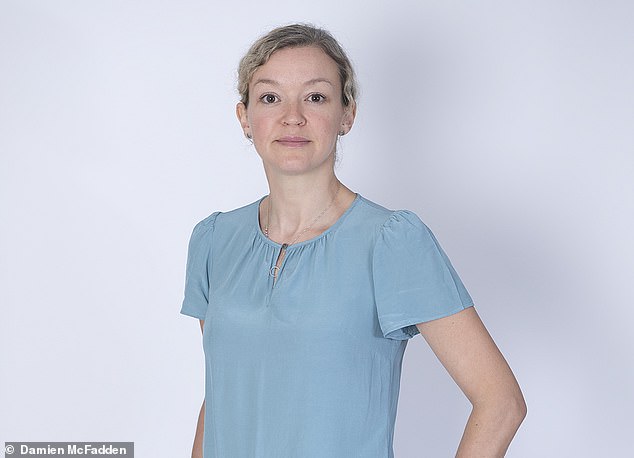 Grace Dolman, 40, a hepatologist (liver specialist) at Addenbrooke’s Hospital in Cambridge, returned to work in May but was exhausted

She said: ‘When I developed a cough in March I didn’t even feel ill but was sent home from work. But by day ten I couldn’t even eat without stopping for breath.

‘I returned to work in May but I was exhausted by the time I got to the ward. One day the physical effort of walking from ward to ward had me almost in tears.

‘At the end of June I had to give up work.

‘I’m so tired all the time that I sleep from 11pm to 7.30am and need another two-hour nap in the afternoon. I’ve had to stop going to the supermarket as just deciding what to buy left me exhausted.’

She said her memory and concentration are still affected – and she has developed pins and needles in her feet and fingers.

She added: ‘This has destroyed my confidence. My words don’t come as easily, so even talking to friends is hard.

‘I’m off sick until the end of October. I had just qualified as a consultant and was due to find a more senior role when this happened. I feel that I’ve gone from being a good consultant candidate to a lame duck.

‘If I was a mum with kids to look after, or a carer — and there must be many in my situation — I do not know how I would cope. My heart goes out to them.’