A 3 FOOT tall woman who was told that having a baby could “crush her from the inside out” has defied the odds to welcome a health baby boy.

After being born with 150 fractured bones, 2ft 10in Trisha Taylor, now 31, was diagnosed with osteogenesis imperfecta (OI). 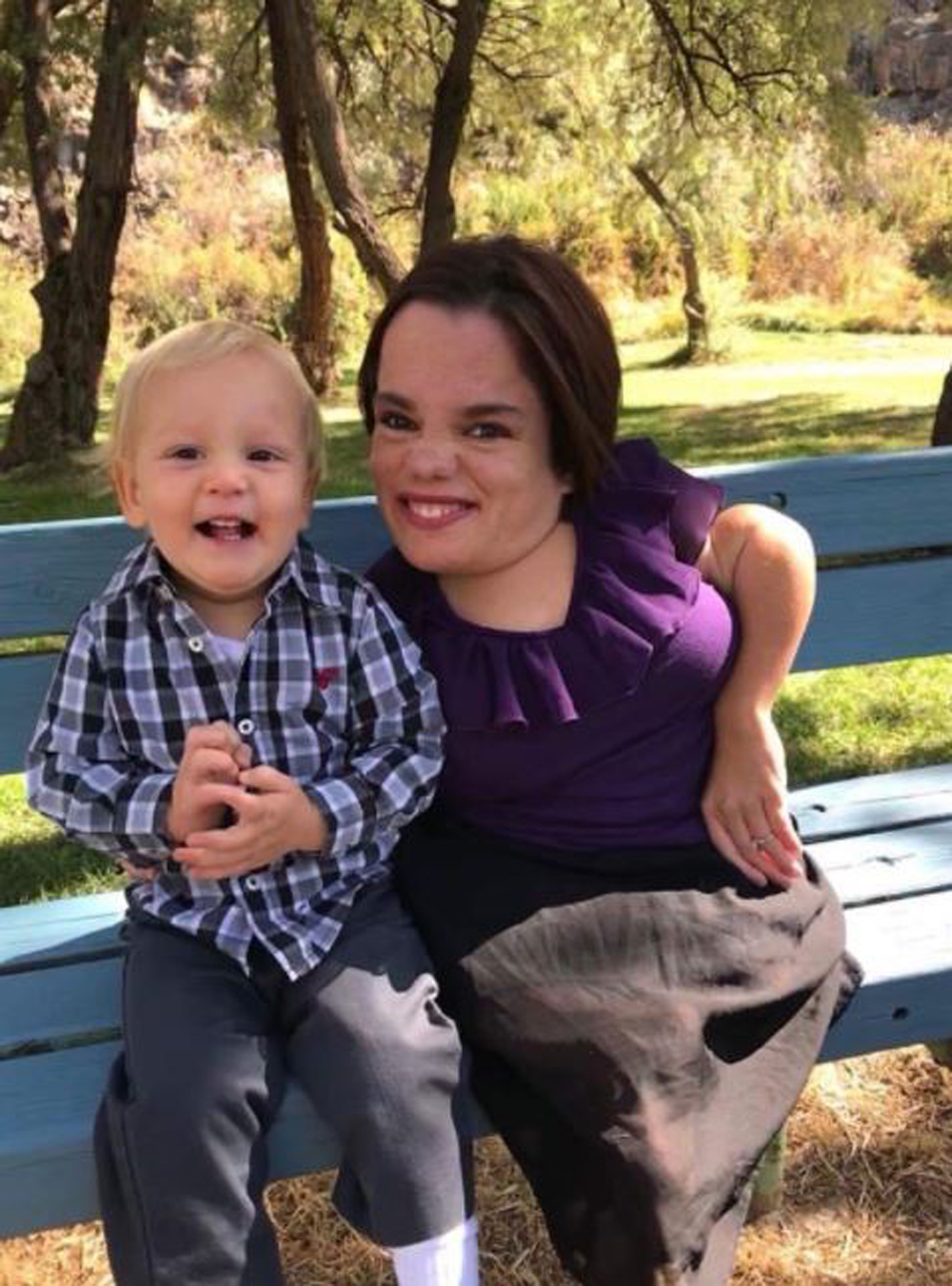 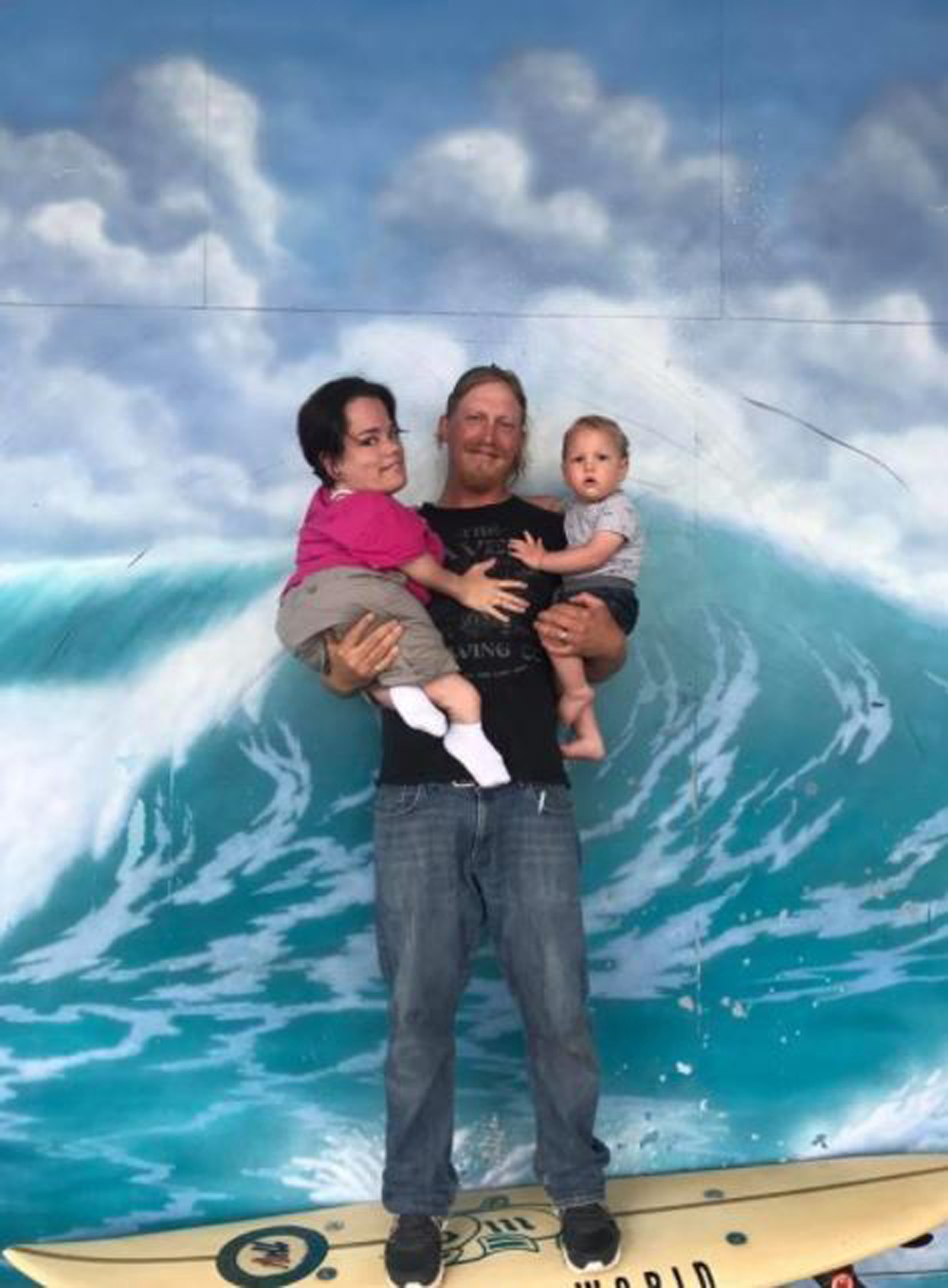 The debilitating condition is caused by a genetic mutation that affects the production of collagen and means bones are brittle and easily breakable.

Trisha -from Boise in Idaho – met and married her truck driver husband Michael, 31, who is over 6 feet tall.

But as Trisha’s bones are so fragile – meaning a simple cough or sneeze could fracture them – she was warned against having a child.

Incredibly, after two heartbreaking miscarriages, she managed to carry her son Maven to 32 weeks – before he was delivered via a caesarean section – and is now a healthy, thriving four-year-old, who does not have OI.

Adding that she has recently launched her own blog called ‘And She Did' to inspire others, full-time mum Trisha said: "When I told my doctor I'd come off birth control, he sat me down and warned me against falling pregnant.

"I remember the word 'could' was thrown around a lot – "'You could die, the baby could die…'

"But I don't have time for 'could' and after a lot of hard work, I welcomed my perfect baby boy. 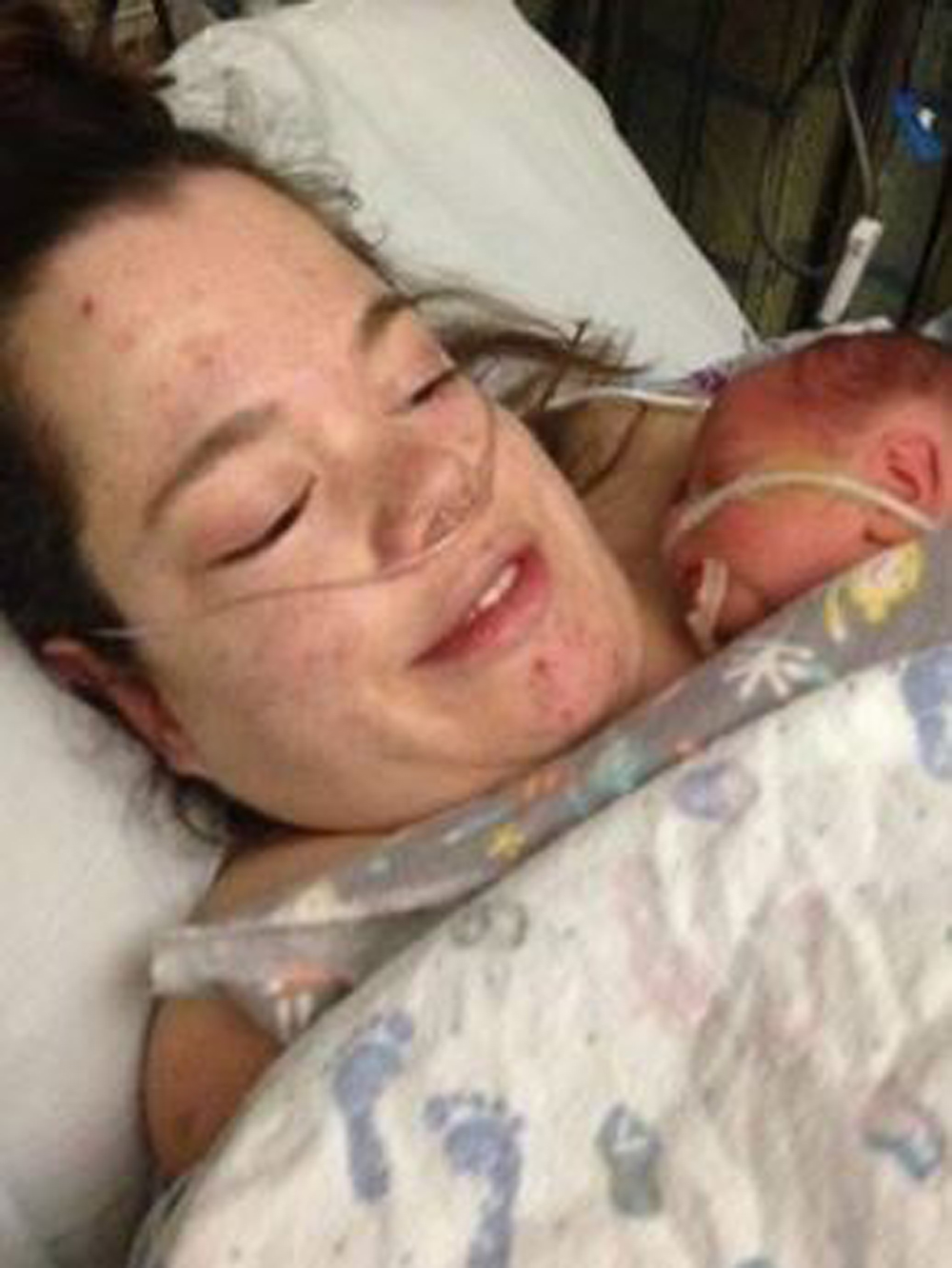 "To this day people still can't believe I gave birth to him. They ask if Maven's my baby and I always tell them – very proudly -'Yes, he grew in my belly.'"

Born on August 3, 1989, weighing 6lb – with bowed arms and legs – an X-ray when she was just hours old revealed that she had fractured 150 of her bones.

Shortly after that she was diagnosed with OI via a blood test designed to detect the specific genetic mutations associated with the condition.

According to the NHS, the primary feature of the condition is that it causes bones to fracture with minimal impact, but other symptoms include hypermobile joints, shortened height, problems with teeth formation, joint pain and hearing issues.

As her bones are too weak to support her frame, Trisha has been using a wheelchair since she was two-and-a-half.

But she has always been resolute that OI – also known as brittle bone disease – would not set her apart from her peers.

She said: "I've never known anything else, so for me being in a wheelchair is completely normal.

"Growing up in a small town, I had pretty much the same classmates throughout junior and secondary school, so it was completely normal for them too.

"I wasn't raised as disabled and no one in my school saw me as disabled.

"If a new kid started, sometimes they would try to pick on me, but my peers looked out for me.”