The chubby cub club: Fat Bear Week 2020 kicks off online with users voting on which Alaskan animal they believe has piled on the most pounds ahead of hibernation season

An internet competition in which users vote for their favorite ‘fat bear’ has kicked off for another year, providing some light relief amidst the stresses of the coronavirus pandemic.

Fat Bear Week is an annual online tournament which takes place each October, requiring voters to choose which Katmai National Park bear has piled on the most pounds over the summer.

The competition is organized by the Alaska’s Katmai Conservancy, with employees taking photos of the animals each June before they gorge themselves on salmon ahead of winter hibernation.

The ‘before’ photos are then contrasted with snaps of the bears at the end of the summer, with users subsequently deciding which one has fattened up most effectively. 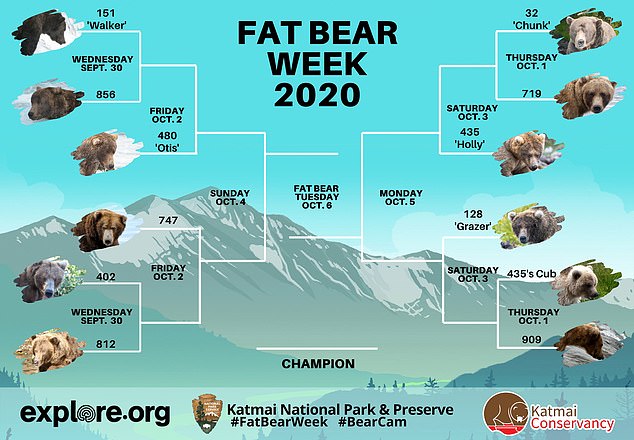 Fat Bear Week is an annual online tournament which takes place each October, requiring people to choose which Katmai National Park bear has put on the most weight over the summer. This year’s schedule is pictured 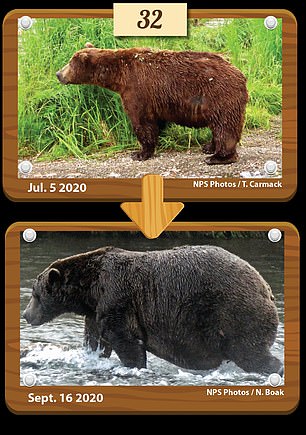 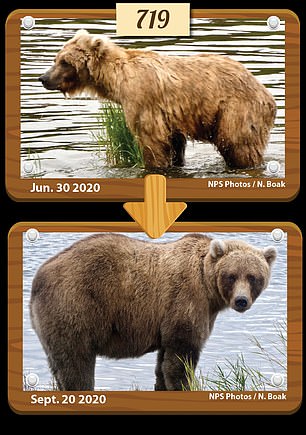 The competition is organized by the Alaska’s Katmai Conservancy who take photos of the animals in the early summer and then again several months later, following their impressive weight gains

She says some of the predators can weigh in at a whopping 1,200 pounds by the time fall comes around.

This year, 12 bears are involved in the single elimination competition, including last year’s champion, Holly.

However, the incumbent will be going head-to-head with fan favorite Chunk, who also piled on an impressive number of pounds last year. 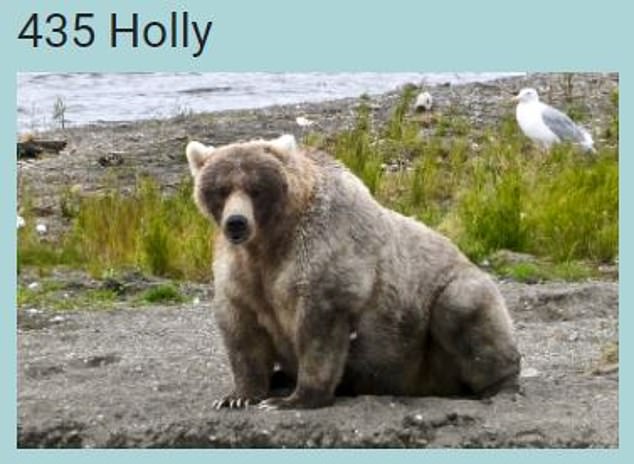 This year, 12 bears are involved in the single elimination competition, including last year’s champion, Holly 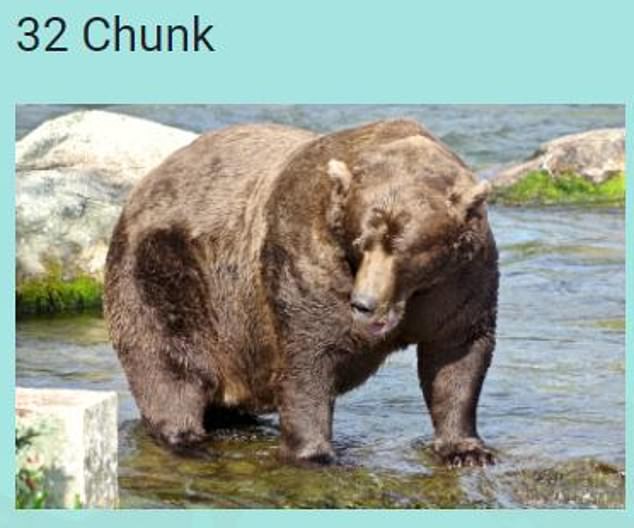 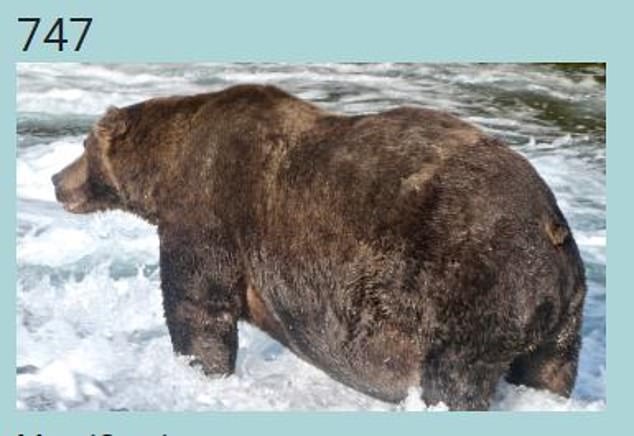 Those interested in joining in the fun can visit the competition’s official page.

Each day, the bears are pitted off against each other with users choosing which one goes through to the next round.

This year’s competition commenced on Wednesday, and more than 100,000 votes have been cast in the first 24 hours.

Two bears have already been booted from the contest, with bear 856 and bear 402 both failing to adequately impress voters with their weight gain. 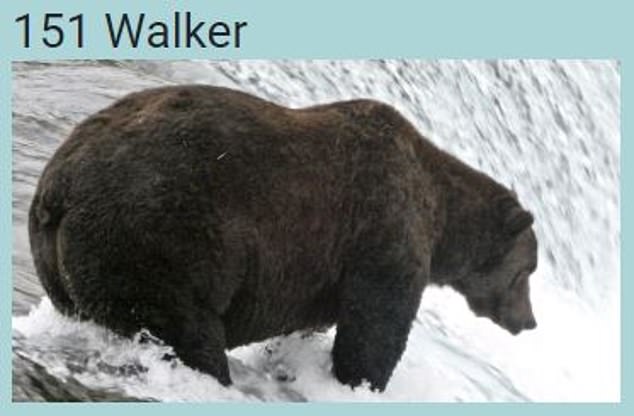 In recent years, the competition has put the Katmai National Park on the map, with enthusiasts often flocking to the site to see the bears in the flesh.

This year, however, due to the coronavirus pandemic, users are only able to view the bears on six separate webcams set up across the park.

The competition has brought joy to Twitter users, with several encouraging their friends and followers to play along.

‘This is amazing!!!’ one cooed, while another declared it ‘the best news of the week’.

Those wanting to compete can enter here: https://explore.org/fat-bear-week#vote 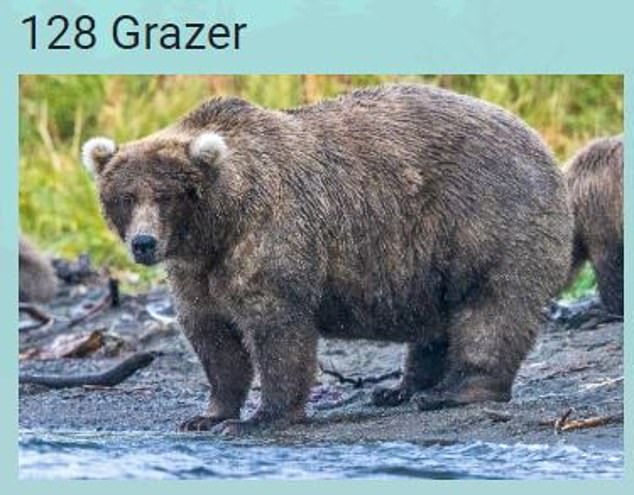 Grazer by name, but not by nature! Given his sizable shape, it seems Grazer has been doing much more than grazing this past summer 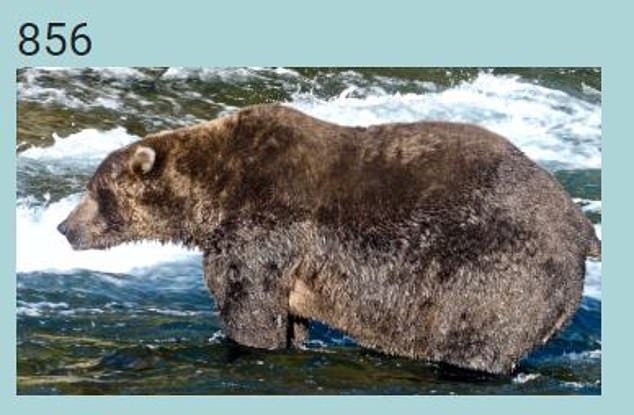 Booted! Despite racking up thousands of votes, Entrant 856 has already been kicked out of this year’s competition