SHOCKED rescuers found a five-year-old girl CHAINED to a bed after neighbours heard screams coming from a local "house of horrors."

The unnamed child was found inside the litter-strewn home in El Refugio, in the city of Ciudad Fernandez, Mexico. 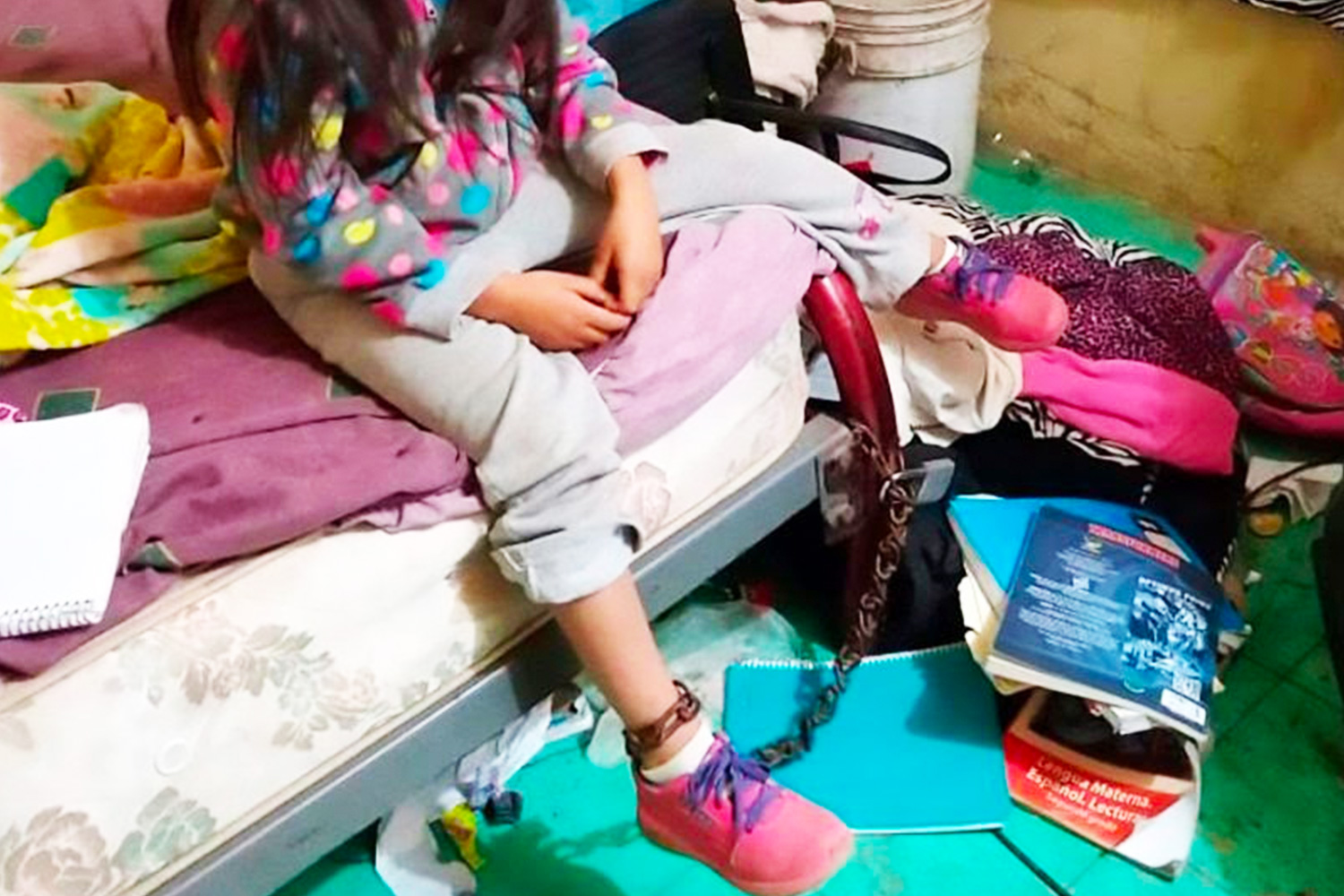 A shocking photo shows the helpless girl's right ankle chained to the metal bed frame by rusty links secured by a padlock.

Reports claims a plastic tub was found right next to the bed which the child had been using as a makeshift toilet.

She was only rescued from the squalor when neighbours heard her pitiful screams coming from inside the filthy hovel.

Despite her horrific ordeal, the girl was reportedly calm when saved but cops did find injuries to her leg caused by the chains.

She is now safely in the custody of local social services pending a full-scale probe to track down the fiend or fiends who chained her up.

State prosecutors say they have started an investigation into crimes of child abuse and domestic violence.

It is unclear where the girl's parents are or if the home – dubbed a House of Horrors – even belongs to them.

No arrests have been reportedly been made to date and it is still unclear why the girl was locked up in the first place.