Home » World News » Is Qatar lying about its COVID-19 outbreak to avoid jeopardizing its hosting of the World Cup?

Is Qatar lying about its COVID-19 outbreak to avoid jeopardizing its hosting of the World Cup? 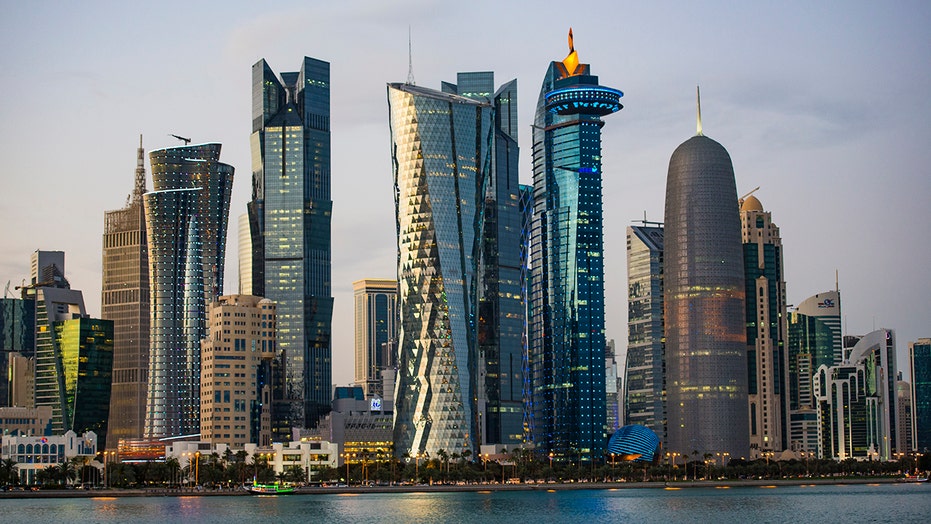 EXCLUSIVE – The demands to relocate the 2020 Men’s FIFA World Cup tournament from Qatar to another country are being reignited amid a report obtained exclusively by Fox News that casts doubts on the integrity of the tiny Gulf state’s reporting of COVID-19 cases.

“An internal memo… conducted by a leading construction company in Qatar working on FIFA World Cup projects raised concerns that many of its laborers who were infected, died, but were not reported as COVID deaths,” the London-based Cornerstone Global Associates wrote in its report.

“The concerns raised are in line with concerns about the clear discrepancy between the number of infections and the mortality rate. The internal memo referred to the repatriation of the bodies of the deceased to their native Nepal and India. This practice goes against the recommendation by various health authorities around the world. This also suggests that the Qatari authorities have been misreporting COVID-19 deaths, thereby misleading the global healthcare community,” the report continues.

The 10-page document, which is titled “COVID-19: Will FIFA World Cup 2022 go ahead in Qatar?” notes that “by the middle of August 2020, Qatar has suffered the world’s highest coronavirus infection rate in the world per head of population.”

WOMEN'S WORLD CUP HEADS TO A WELCOME DOWN UNDER IN 2023

According to John Hopkins University, which tracks COVID-19 infections and deaths by country, Qatar has suffered at least 216 total deaths and 126,339 total cases. 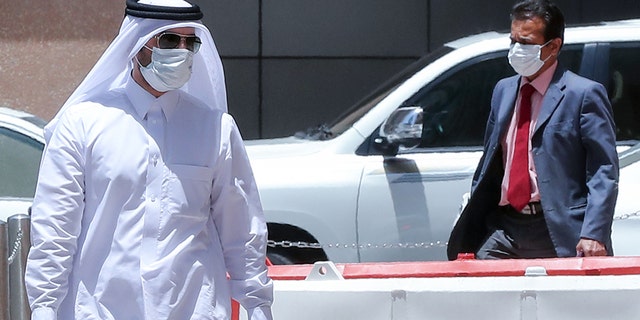 Men wearing protective masks walk by in Qatar’s capital Doha, on May 17, 2020, as the country begins enforcing the world’s toughest penalties for failing to wear masks in public, as it battles one of the world’s highest coronavirus infection rates. – More than 30,000 people have tested positive for COVID-19 in the tiny Gulf country, 1.1 percent of the 2.75 million population, although just 15 people have died. Violators of the new rules will face up to three years in jail and fines of as much as $55,000. (Photo by KARIM JAAFAR / AFP) (Photo by KARIM JAAFAR/AFP via Getty Images)

Qatar’s population is believed to be about 2.8 million, with the vast majority being foreign workers.

Cornerstone, which has a health care portfolio, has in the past provided consultancy services to the World Health Organization and the United Kingdom’s National Health Service. Cornerstone has followed the Qatar FIFA 2022 since it was awarded to the Gulf country in 2010.

Qatar’s foreign ministry and embassies in Washington, Brussels, and Berlin did not respond to Fox News’ request for comment.

The Cornerstone report catapults the Islamist regime in Doha, the capital of the gas-rich country, into a new predicament.

Qatar’s regime has faced allegations that it bribed FIFA officials to secure the World Cup.

In April 2020, the US Department of Justice issued an indictment, alleging that the three South American members of FIFA’s 2010 executive committee – the late Nicolas Leoz, then president of South American soccer’s governing body CONMEBOL, then-Brazil Football Federation president Ricardo Teixeira, and an unnamed co-conspirator − accepted bribes to vote for Qatar to host the 2020 event.

For the first time since 1981, women were freely allowed to attend a FIFA soccer match inside Tehran’s Freedom Stadium.

Qatar’s exploitation of foreign workers building stadiums is also front-and-center in the report. Qatar recently built new, state-of-the-art hospital facilities, but they are off-limits to the majority of the population, who are laborers from the Indian subcontinent.

A 2019 Amnesty International report details the plight of thousands of workers being exploited by the Qatari monarchy despite calls to end the allegedly inhuman labor practices.

The 52-page document, titled “All Work, No Pay: The struggle of Qatar’s migrant workers for justice,” quotes a Kenyan employee of United Cleaning: “For five months I had to live with very little food and no salary. My family was really affected. Tears come to my eyes when I remember where we used to go to find food – in the bins. After two years and five months of working with United Cleaning without taking any vacation, the company owes me a lot of money which they refuse to pay me.”

The human rights organization wrote that “many migrant workers face low pay, harsh working conditions and restrictions on their movement…. Qatar has promised to improve workers’ access to justice…. This promise has not yet been matched by reality…. Until this is fixed, hundreds of workers will continue to leave Qatar penniless and without justice.”

Qatar, according to the Amnesty report, pledged to improve the protection of migrant workers with the aid of the International Labor Organization. Qatar’s regime refused to answer Fox News’ questions about the Amnesty report.

British parliamentarians have previously urged FIFA to move the 2022 World Cup from Qatar. They include Damian Collins, MP, formerly chairman of the Digital, Culture, Media and Sports Select Committee, and David Triesman, a member of the House of Lords and a former chairman of the English Football Association.

Britain could be a leading contender for relocation and the estimated cost of doing so, according to a Cornerstone analysis, would be around $100 million, with the expenses including an upgrade of facilities. Cornerstone’s founder Ghanem Nuseibeh told Fox News that “the benefits of bringing 2022 to England far outweigh the cost.”

Nuseibeh, who has an expert in the Middle East, said that ”cost of building FIFA facilities for Qatar is $200 billion, which by the way is way off what it cost other countries to build their facilities.”

He added: “Revenue for Qatar will be negligible compared to what they have spent both on facilities and broadcasting rights. Even if 2022 succeeds by Qatar’s or FIFA standards, it is in fact a massive loss to both Qatar and FIFA, both financially and reputationally.”

A mere 6% of Brits believe Qatar’s regime deserves to host the most widely viewed and followed sporting event in the world, it said.

“A huge 58% want England to try and win the rights for the World Cup, having hosted it just once in 1966,” The Sun wrote.

Thayssa Plum, a FIFA spokesperson, told Fox News in a statement that it was not made aware of the report from Cornerstone, and “therefore we are not in a position to comment on it.”

“FIFA is regularly updated on the situation with respect to FIFA World Cup workers and has been closely following the efforts put in place by the SC [Supreme Committee, a delivery partner of FIFA] to contain the virus among its workers since the beginning of the pandemic,” Plum continued. “FIFA fully trusts the regular updates received by its team in Zurich and the Q22 team in Qatar, and is pleased to confirm the situation is currently under control.”

Regarding the widespread labor exploitation by Qatar’s regime alleged in the Amnesty report, Plum said that “In line with our strict and ongoing commitment to human rights, FIFA and the other tournament organizers have put in place wide-ranging mechanisms to identify and address labor rights risks in relation to FIFA World Cup projects.”