The Labour leadership battle ramped up today as Jess Phillips suggested favourite Keir Starmer should quit so a woman can win.

Ms Phillips acknowledged it was ‘very difficult’ for people to stand back from the contest, but warned it would be ’embarrassing’ if the party elected another man to its top job.

The jibe came as the battle to succeed Jeremy Corbyn entered a new phase, with candidates facing off at hustings events.

Polls have indicated that Sir Keir is in pole position to win, ahead of closest rival Rebecca Long-Bailey – seen as the hard-Left’s hope. 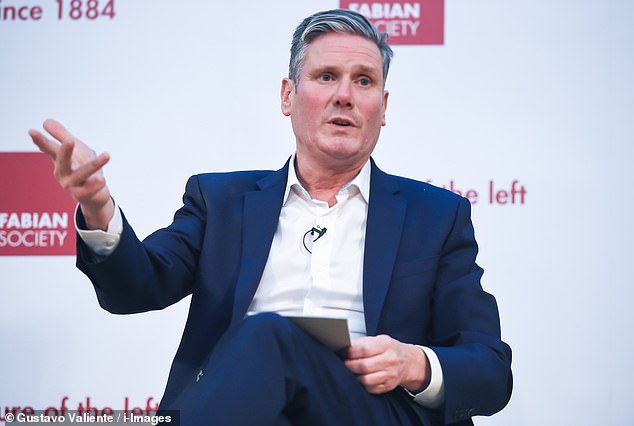 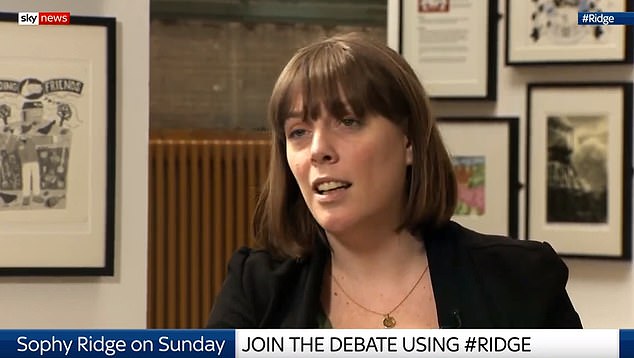 Interviewed on Sky News, Ms Phillips acknowledged it was ‘very difficult’ for people to stand back from the contest, but warned it would be ’embarrassing’ if the party elected another man to its top job

However, there is still a long way to go until the result is declared in April.

At the first grilling by activists in Liverpool yesterday, Birmingham Yardley MP Ms Phillips took a swipe at some her fellow contenders for ‘keeping quiet’ over anti-Semitism in the party.

Meanwhile, Ms Long-Bailey scolded members who brand Corbynism a ‘cult’ as she burnished her credentials as the continuity candidate.

On the issue of what would happen if another man is elected, she said: ”I think it will be embarrassing and what’s more, it gives absolute grist to the mill and ammunition to our other side…

‘It’s not great if we can’t ever seem to think that the women are good enough. When you’re a woman in politics you’re always the next time – oh it’ll be your turn next time.

While suggesting that supporters of ‘women’s representation’ should be willing to ‘pass the mic’, she acknowledged: ‘I think it is a very, very difficult argument to say you should stand back if you truly believe you are the best person for the job.’ 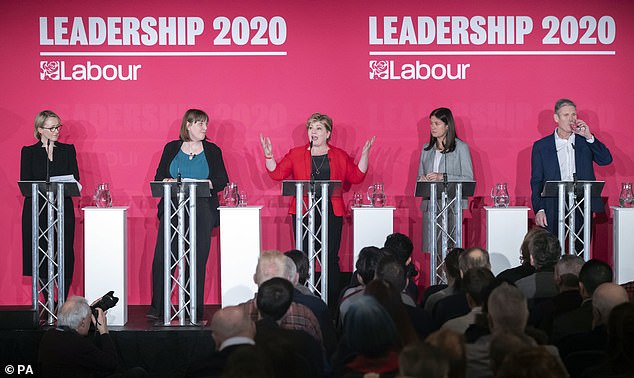