Legal limit on indoor gatherings 'could be SLASHED from 30'

Legal limit on indoor gatherings ‘could be SLASHED from 30′ ahead of Freshers’ week: Boris Johnson gathers Cabinet after covid cases near 3,000 for second day in row – as experts warn Christmas could also be cancelled

Boris Johnson gathered his Cabinet today amid signs the legal limit on gatherings could be slashed from 30 to stem a spike in coronavirus cases.

The PM and his senior ministers are holding a socially-distanced meeting with concerns rising about infections – which have neared 3,000 for two days running.

There are reports that the number of people legally allowed to meet up in private homes could be reduced in England from the current maximum of 30, to counter fears that young people partying could be driving the increase.

The numbers could even be brought into line with the government’s guidance, which is for a ceiling of six people. Any private gathering with more participants would then face fines, unless there were only two households involved.

It is not expected the change would cover venues such as pubs, which have ‘Covid Secure’ measures in place.

The move is being considered as experts warn that Mr Johnson’s ambition to return the country to some sort of normality by Christmas is at risk. 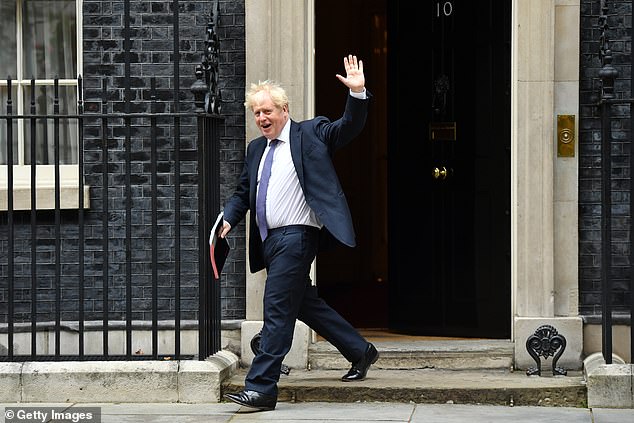 Boris Johnson (pictured leaving Downing Street today) and his senior ministers are holding a socially-distanced meeting with concerns rising about infections – which have neared 3,000 for two days running 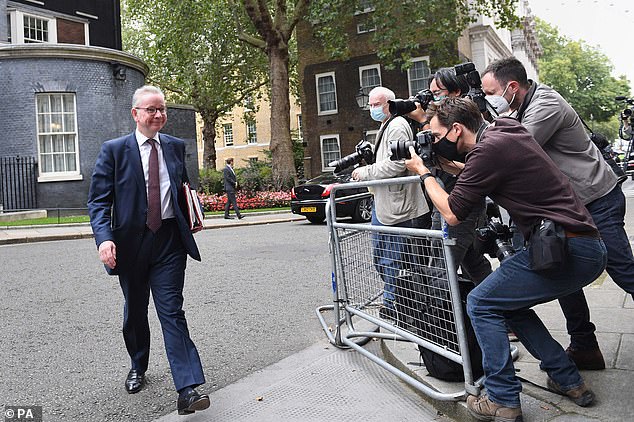 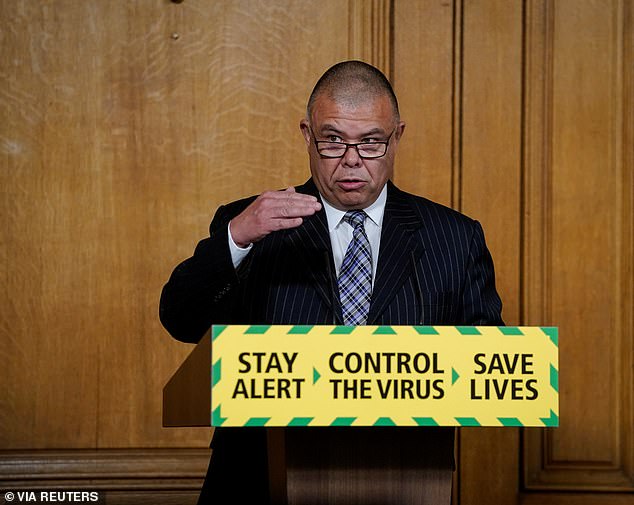 The government’s guidance is that gatherings indoors should involve either a maximum of two households, or up to six people from more households.

However, the legal limit is currently 30.

Above that gatherings can be subject to police enforcement, with fines of up to £10,000 for those who organise events.

Reducing the ceiling would potentially enable the government to crack down on house parties, particularly with students preparing to start or return to university.

The change would not be expected to apply to pubs and other venues, which have ‘Covid Secure’ measures in place.

The government’s deputy chief medical officer said last night that coronavirus must be taken very seriously again or the UK will face ‘a bumpy ride over the next few months’.

Professor Jonathan Van-Tam said the public had ‘relaxed too much’ over the summer and described the rising number of cases as of ‘great concern’, despite Health Secretary Matt Hancock saying the situation was not ‘out of control’.

Professor Van-Tam issued the warning as Caerphilly in south Wales prepared to be placed under local lockdown and stricter measures were extended in Scotland.

There were a further 2,948 lab-confirmed cases of coronavirus in the UK as of 9am yesterday, following the 2,988 reported on Sunday, which was the largest daily figure since May.

In an interview with journalists, Prof Van-Tam said: ‘This is a big change. It’s now consistent over two days and it’s of great concern at this point.

‘We’ve been able to relax a bit over the summer, the disease levels have been really quite low in the UK through the summer but these latest figures really show us that much as people might like to say ‘oh well it’s gone away’ – this hasn’t gone away.

‘And if we’re not careful, if we don’t take this incredibly seriously from this point in we’re going to have a bumpy ride over the next few months.’

He said that the rise is ‘much more marked’ in the 17-21 age group, but noted there is a ‘more general and creeping geographic trend’ across the UK.

‘People have relaxed too much,’ Prof Van-Tam said. ‘Now is the time for us to re-engage and realise that this is a continuing threat to us.’ 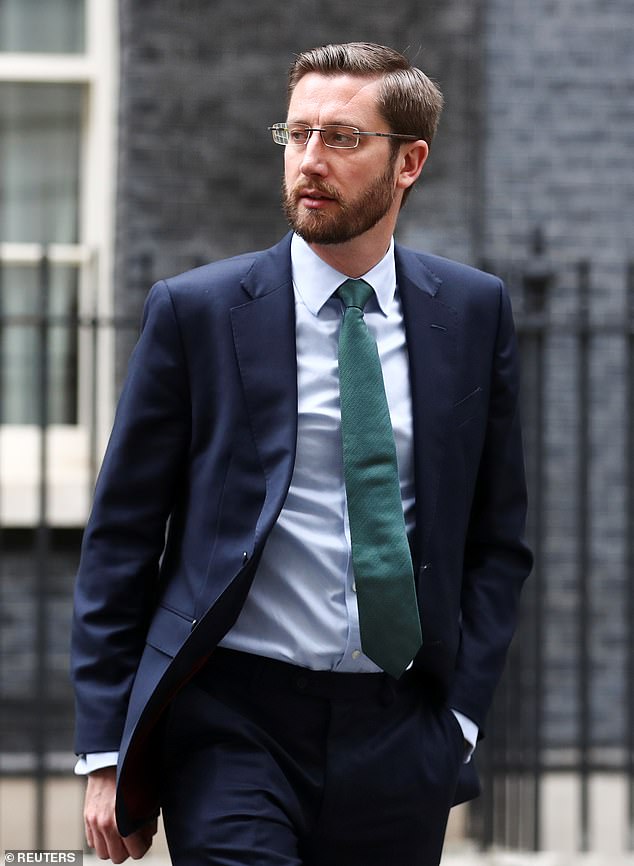 It is the last Cabinet meeting with Sir Mark Sedwill as Cabinet Secretary, with Simon Case (pictured) due to take over from tomorrow

Trump Went Even Further Than Other Uber-Rich To Shrink Taxes