An Indian man admitted on live TV that he killed his girlfriend in a confession that has been likened to a pivotal scene in the film Joker.

Maninder Singh, 27, reportedly went into the studio at the News18 office in India’s northern city of Chandigarh and told a cameraman he wanted to ‘confess’.

He was then taken into the studio and his confession broadcast live on TV, before being arrested shortly after. 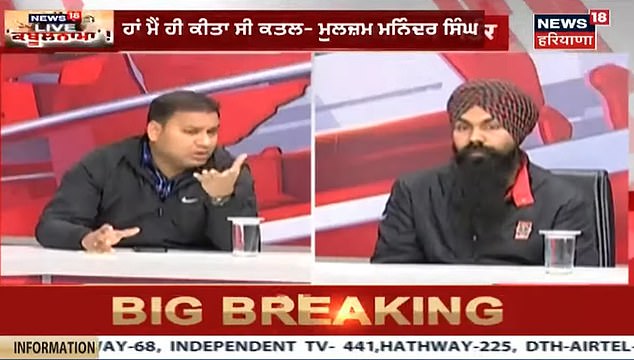 A grab from the News18 shows Maninder Singh (left) in the studio as he gave his confession. He admitted to killing his girlfriend, citing a breakdown in the marriage negotiations with her family as the reason

Singh told the show’s presenter he had killed, Sarbjit Kaur, after marriage talks failed because her family did not like that he was of a different caste.

His girlfriend’s body, had been found on December 30 in a hotel the couple had stayed in, and Singh had been on the run ever since.

On Tuesday he felt compelled to confess, because he said police had been harassing his family.

Singh’s televised confession has drawn comparisons to the 2019 movie, Joker.

In the movie a failed comedian Arthur Fleck, played by the award-winning actor Joaquin Phoenix, goes onto a live TV show and confesses to several murderers.

Fleck continues ranting about how society abandons the downtrodden before he shoots the host, sparking riots in the street against the wealthy.

Punjab police have told the BBC that Singh was also suspected of killing another girlfriend in the neighbouring state of Haryana and had been out on bail at the time of Ms Kaur’s killing.

Chandigarh police official Neha Yadav told the BBC it was likely the man had aired his confession in an effort to garner sympathy.

‘He wanted publicity and sympathy, and also hoped that some lawyer would take up his case as he had no money to engage a lawyer.’ 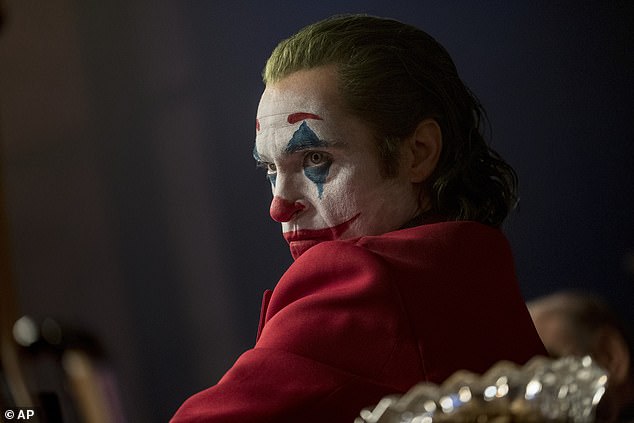