This is the groundbreaking new advert by Gillette which shows a transgender man shaving for the first time.

Supported by his father, Samson Bonkeabantu Brown is filmed discussing his transition before moving to the bathroom to shave for the first time.

Mr Brown, of Ontario, says to the camera: ‘Growing up, I was trying to figure out what man I wanted to become. 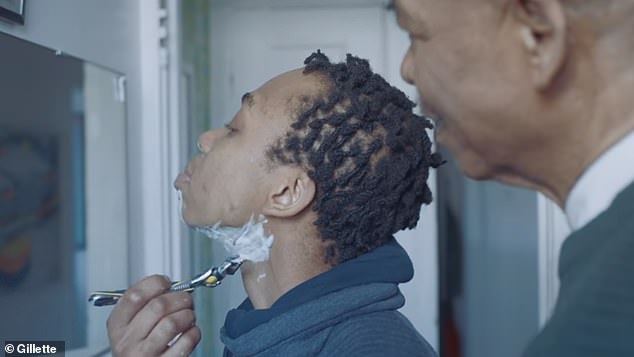 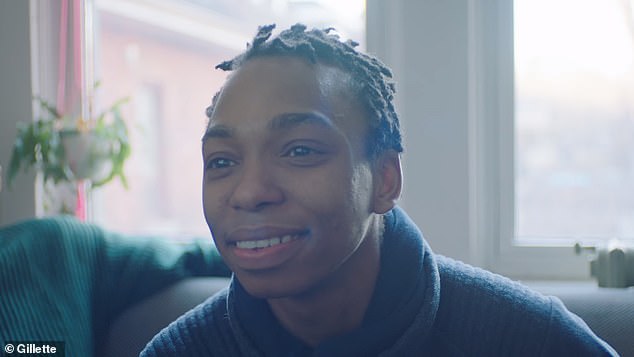 The beginning of the advert starts with Mr Brown saying: ‘I went into my transition just wanting to be happy’ 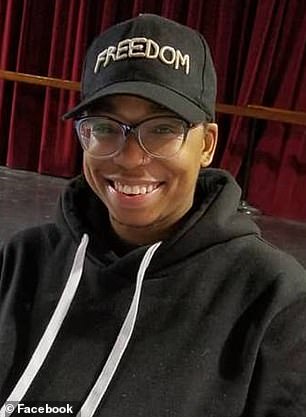 The advert featured Samson Bonkeabantu Brown and his father

‘I went into my transition just wanting to be happy.’

After Mr Brown and his father move to the bathroom, he is seen getting out a Gillette razor.

Before he takes the razor to his face his mimics how he will do it and says: ‘South, south, north, north, east, west. Never in a hurry.’

While his fingers tremble his father says: ‘Now don’t be scared.

‘Shaving is about being confident.’

At the end of the advert Mr Brown says: ‘I am finally at the point in my manhood where I’m actually happy.’ 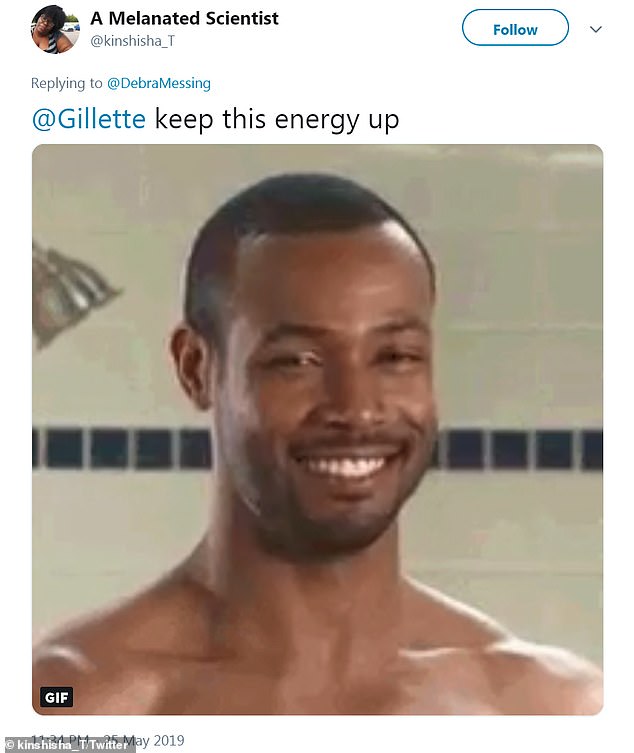 In a post on Facebook Mr Brown wrote: ‘With the help of Gillette, I was able to share an important milestone in every man’s life with my father.

‘This moment overwhelmed me during filming and again today seeing the ad since it’s been launched.

‘I’m keenly aware of how blessed I am to be able to exist in this world being supported by my family in ways that all too often many of my trans brothers, sisters, and siblings who exist outside the binary are not always as fortunate.’

The advert sent social media users into a frenzy as they flocked to Twitter to show their support.

One user, Wayne Rogers, said: ‘This is so good, wonderful story and advert together. Well done Gillette for getting out there. Congrats Samson.’

Another said: ‘This is the kind of representation transgender people need and deserve. Also, a great example of positive masculinity. Good on you Gillette.’

While most users were overjoyed with the inclusive message Gillette was sending out, others weren’t so happy.