Half-baked burglars! Moment police find thieves hiding in loft of Greggs bakery after they failed to steal cash from the safe

A pair of burglars were found hiding in the loft of a Greggs bakery after breaking in and trying to steal cash from the safe.

Gavin Newton and Andrew Pickering were spotted by a neighbour going through the back door of the Sunderland store after 11pm on October 25, a court heard.

The witness, whose house overlooks the Greggs branch in Pallion was in bed when he heard a disturbance near the bins. 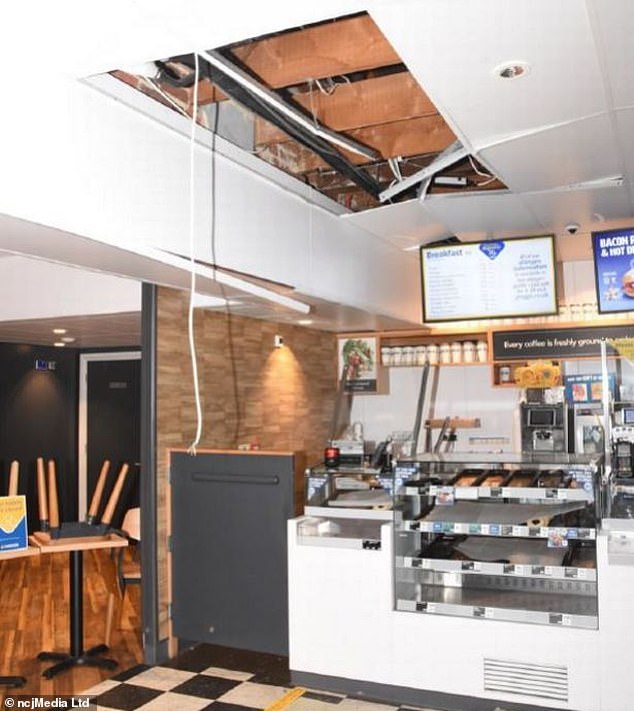 The store had to close for the day and stock was thrown away after Newton and Pickering’s antics meant loft insulation had fallen all over the shop floor costing company £7,630 in total 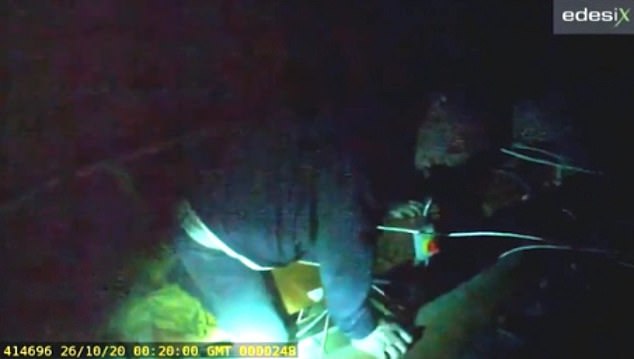 At Newton’s sentencing hearing, Prosecutor Neil Jones said the neighbour went for a closer look and saw a man on the wall by Greggs.

He told the court: ‘Five minutes elapsed and he wasn’t sure whether any criminal activity was taking place.

‘He saw the male go through the back door to Greggs, and saw a light from inside.

‘He then saw the door to Greggs fully open and a male wearing black standing in the doorway.’

Newcastle Crown Court heard that a bakery supervisor let the police into the building, and they found Newton and Pickering hiding in the loft.

Bodyworn camera footage released by Northumbria Police shows officers finding Pickering, who tells them he is alone, before Newton is then discovered ‘trying to conceal himself,’ Mr Jones said.

He added that the defendants were arrested ‘after some fuss and nonsense’.

A grinder and a hammer were found near the safe in the bakery, the court heard.

Newton, 41, and Pickering, 45, were subsequently placed under arrest – and the latter proceeded to falsely give the details of a family member whilst being booked into custody. 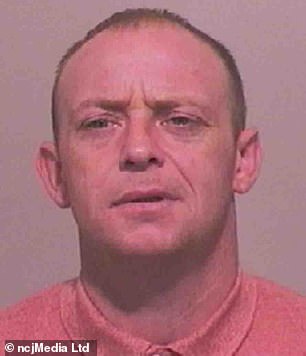 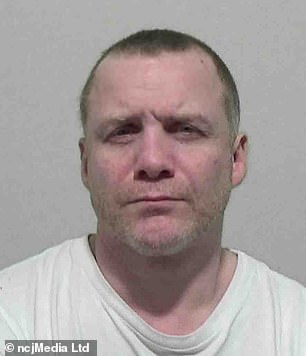 Now they have both been convicted after each admitting burglary, while Pickering also pleaded guilty to a further charge of perverting the course of justice.

Greggs said £2,000 of damage was caused to the roof, as the insulation was ‘scattered all over the store’.

Mr Jones said that a deep clean had to be done, forcing the bakery to close for the day.

He added that stock had to be thrown out as it was unsalable and staff had to be paid for the day when the shop was unable to open.

The court heard Newton had been addicted to heroin for more than 20 years and had a ‘substantial criminal career’.

Shada Mellor, defending, said he was in poor health and suffered from PTSD from a past trauma.

Newton, of no fixed address but from Sunderland, pleaded guilty to burglary and was jailed for 16 months on Tuesday.

Judge Edward Bindloss said: ‘The author of the pre sentence report says you show no remorse, little empathy and are at high risk of reoffending.

‘Only immediate custody is justified due to your poor compliance with court orders in the past.’ 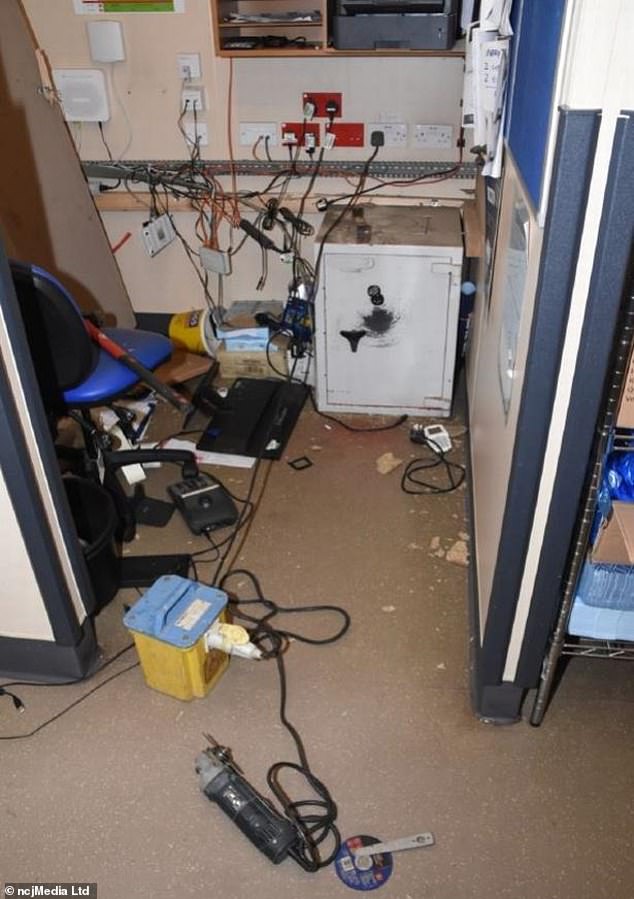 On Wednesday Pickering, 45, of Marx Crescent, South Stanley, was also sentenced for the offence and jailed for two years.

Detective Chief Inspector Michelle Robson, of Northumbria Police, praised the officers who attended the scene and added: ‘Newton and Pickering decided to hide in the store’s loft space in a desperate bid to avoid detection.

‘Unfortunately for them, their hide-out turned out to be fairly obvious given roof tiles had fallen down onto the floor and officers could hear them chatting.

‘Pickering even had the audacity to give false details when he attended custody, clearly knowing that the evidence against him was overwhelming.

‘Thankfully these two criminals are now off our streets and I would like to thank all those who played their part in bringing them to justice.

‘That includes the member of the public who heard a disturbance and picked up the phone through to the officers who attended the incident and found the pair hiding, as well as the detectives who pulled together this compelling case for court.

‘We will continue to do all we can to bring burglars to justice and hope this outcome offers reassurance to businesses across the North-east. It will not be tolerated and we will use everything in our power to ensure a swift prosecution.’ 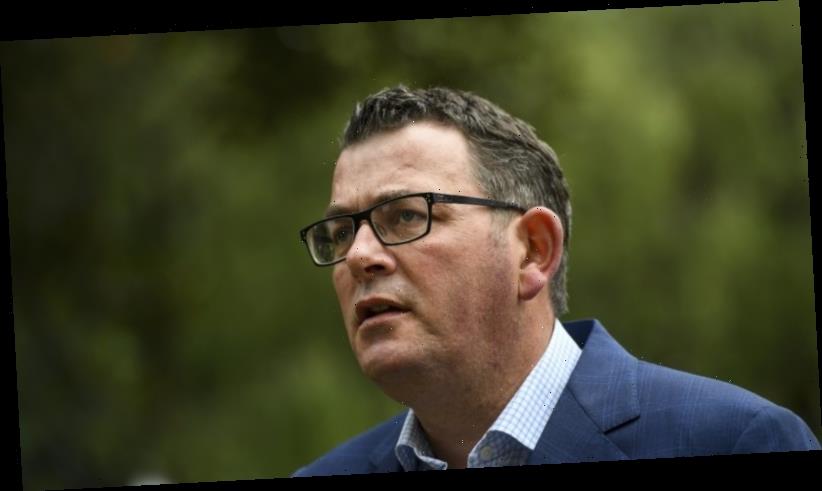