Protests against LGBT lessons spread across the UK

In March more than 600 children were pulled out of a school in Birmingham, attended overwhelmingly by children of Muslim parents, over the ‘No Outsider’ curriculum which teaches children about LGBT people and families.

A parents’ group said the pupils were pulled from the classroom because the school was ‘undermining parental rights and aggressively promoting homosexuality’, and parents waived placards reading ‘education not indoctrination’

Now an investigation by the BBC Newsnight programme has found letters opposing the lessons have been sent to schools in Birmingham, Bradford, Bristol, Croydon, Ealing, Manchester, Northampton and Nottingham.

Some have also been sent from Christian parents in Kent. 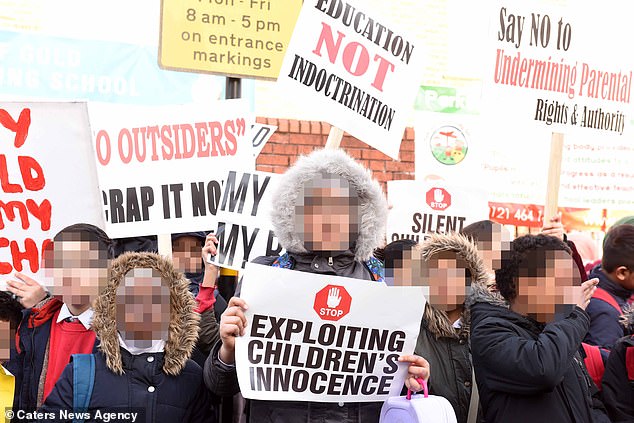 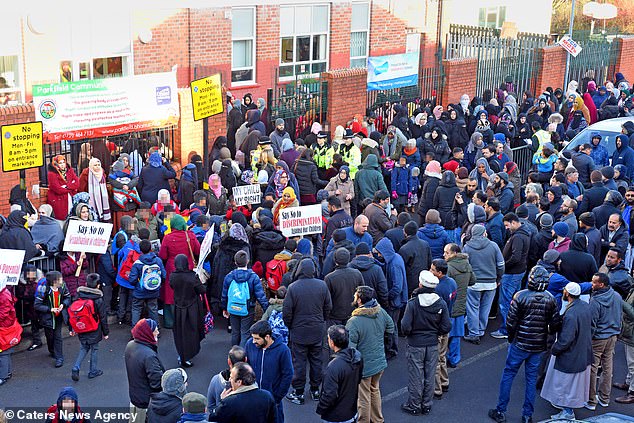 The children involved in the exodus represent about 80 per cent of the school’s entire enrolment, which is attended by children of parents 98 per cent of whom are Muslim 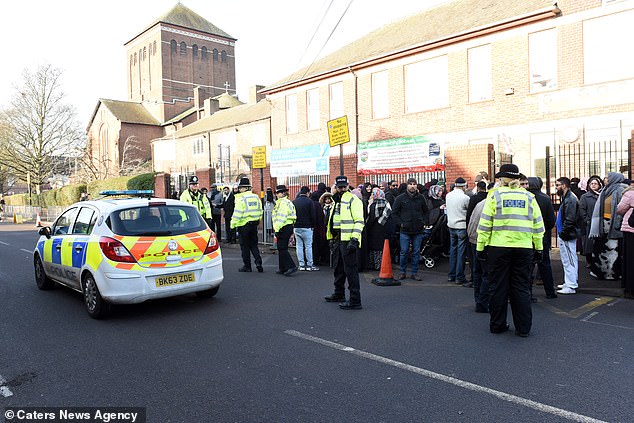 One of the protests’ leaders Amir Ahmed told the BBC: ‘It’s not about gay lesbian rights and equality. This is purely about proselytising a homosexual way of life to children.’

When asked if he believed children could be ‘recruited to be gay’, Mr Ahmed said: ‘You can condition them to accept this as being a normal way of life and it makes the children more promiscuous as they grow older.’

He added: ‘Whether they become gay or not, they can still enter into gay relationships.

Last week the protesters threatened to withdraw pupils from schools again, if the school doesn’t suspend the teaching of LGBT lessons, and promised to ignore a legal threat to resume their demonstration outside the Anderton Park Primary School gates in Birmingham. 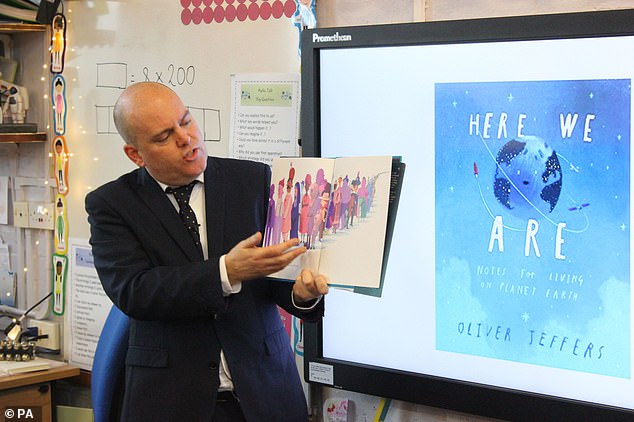 Parents’ anger is aimed at the school’s assistant head Andrew Moffat (pictured), who is behind the ‘No Outsiders’ lessons

Birmingham parents’ anger is aimed at the school’s assistant head Andrew Moffat, who is behind the No Outsiders lessons.

He created the scheme to teach children about the Equality Act and British values.

Pupils at the school – rated outstanding by Ofsted – have five of these lessons a year, covering areas outlined in the Act: age, disability, gender reassignment, marriage and civil partnership, pregnancy or maternity, race, religion or belief, sex and sexual orientation.

The programme was first piloted at the school in 2014 and is now also taught at dozens of other schools in the country.