One of Scotland’s top performing state schools has been urged to change its name – after its founder was linked to the slave trade.

Nearly 600 people have signed a petition calling for James Gillespie’s High School in Edinburgh to be renamed.

Born in 1726, Gillespie was a wealthy tobacco merchant in 18th-century Edinburgh and was one of the richest men in the Capital.

When he died, he left some of his fortune with a request for a school for underprivileged children to be built. 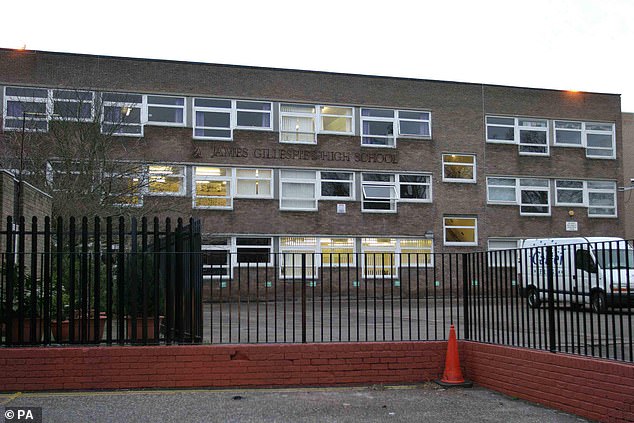 The high school, founded in 1803, has been attended by comedian Ronnie Corbett and novelist Dame Muriel Spark.

But now there are calls for the school to be renamed because Gillespie, who died in 1797, made his money in the slave trade.

A petition read: ‘For those who don’t know, James Gillespie became one of the richest men in Edinburgh by selling Virginia tobacco and snuff – products of slave labour.

‘This makes him a direct contributor and benefactor of the slave trade. It is possible that Gillespie may have owned slaves himself.

‘It is time that we change the name of our school to something that truly values the diversity that exists within it.

‘This is not an attempt to cover up our history, rather a way of saying that we don’t believe that this man is someone who should be celebrated anymore.

‘Education on our school’s history should part of our curriculum, but a man who made his wealth at the expense of others’ lives is not something we should be proud of. 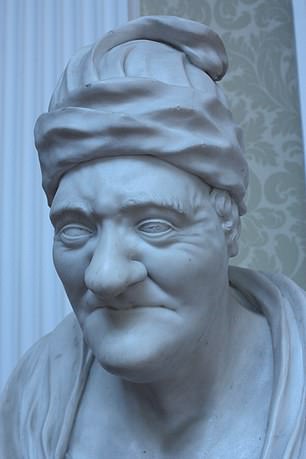 Now there are calls for the school to be renamed because Gillespie (pictured is a bust of Gillespie), who died in 1797, made his money in the slave trade

The school said on its website: ‘We acknowledge the connections to the North Virginia slave-owning tobacco plantations which this trade had.

‘We teach children about chattel slavery and about modern slavery.

‘We are currently updating our curriculum to take more account of this history and of the Black Lives Matter movement.’

A City of Edinburgh Council spokesperson said: ‘We are aware of the petition and all our schools are committed to addressing racism and inequality in all its forms.

‘Edinburgh has historical features such as street names and architecture which relate to the city’s involvement in the slave trade.

‘Our schools have a vital role in tackling racism through strong anti-racist leadership and teaching.

‘It’s important that we all critically examine the historical evidence around us, ensuring that black history and its role in our city are a core part of a decolonised and inclusive curriculum.

‘By doing this we will understand the wrongs of the past and dismantle their harmful and persistent legacy in present day racism and structural inequalities.’

Who was James Gillespie?

James Gillespie was a snuff and tobacco merchant in Edinburgh during the 18th century who became one of the richest people in the city.

He accumulated his wealth while running a family shop with his brother John.

Gillespie has come under scrutiny in recent weeks over his links to the slave trade.

The merchant made his money through the snuff and tobacco trade which were products of slave labour.

Gillespie is credited with having coined the phrase ‘waste not, want not’ and allowed the staff at his snuff mill to live in his Georgian mansion.

The location of his shop is still marked to this day by a stone tablet on the Royal Mile.

When he died, Gillespie left a sum of money so that a free boy’s school could be set up to provide an education for the underprivileged.

Gillespie also left money behind for the construction of a hospital which was demolished in 1975.