ROYSTON Smith never lets himself forget that he is defending the smallest majority of any Tory MP in Britain.

Following two nail-biting recounts in 2017, he had a set of tea mugs made all printed with the number 31 to remind everyone in his election team how close he came to losing last time. 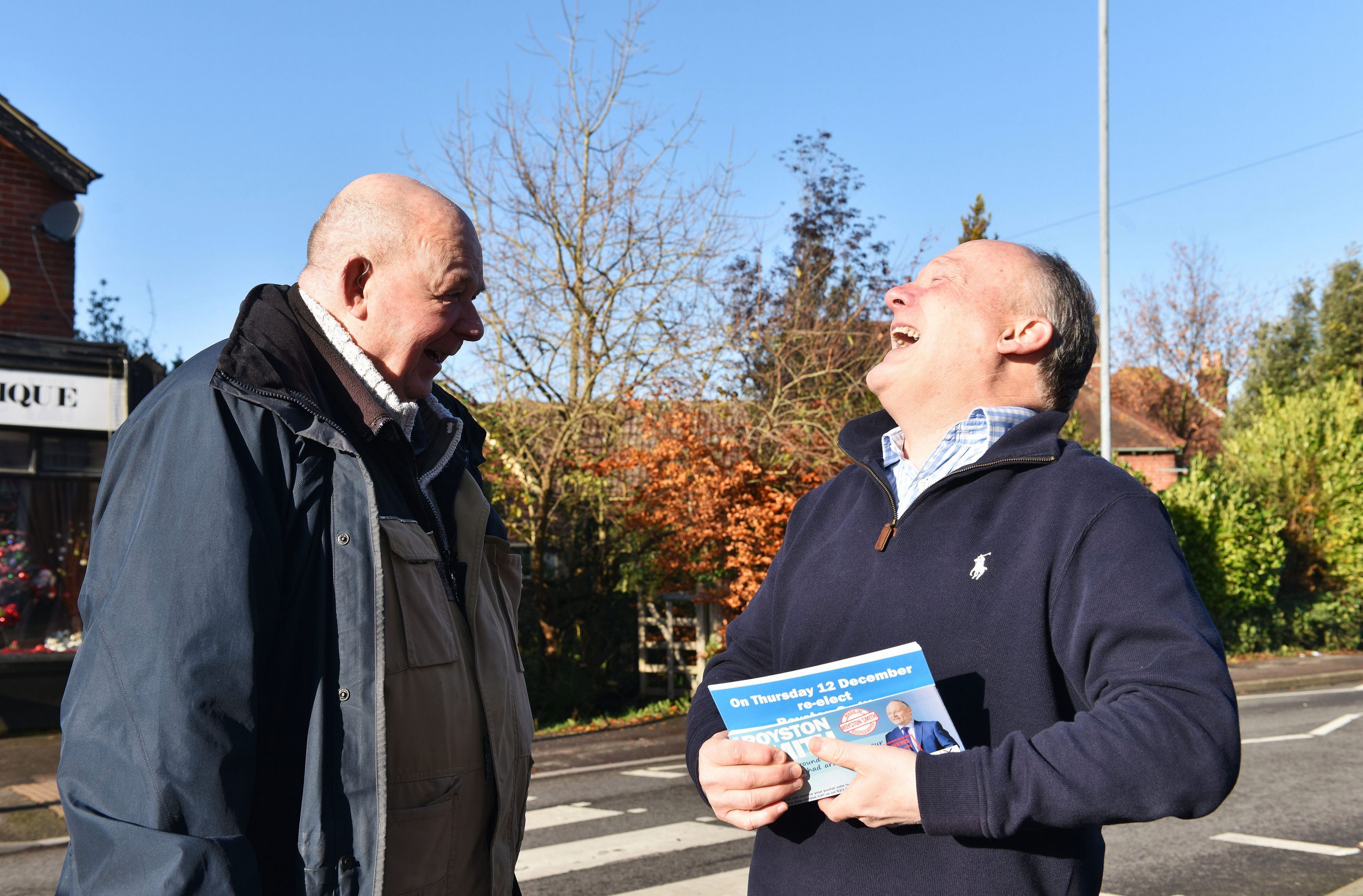 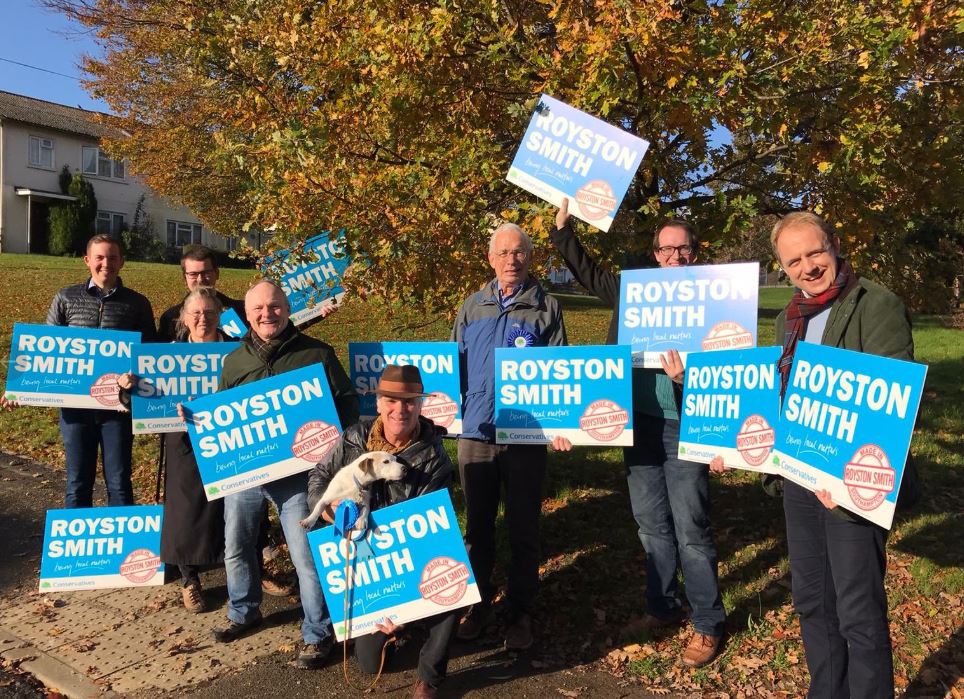 In a constituency of nearly 100,000 people, Smith beat Labour in Southampton Itchen by just 31 votes.

Hugging his mug of tea in a room above the local Conservative club he admits: “Of all the squeaky bum seats we have to win, this is the squeakiest.”

But 55-year-old former RAF engineer Royston Smith is not afraid of a fight.

Seven years ago he was awarded the George medal for gallantry when he tackled a gunman who fired an assault rifle inside a nuclear submarine, killing one man and wounding another.

As leader of Southampton council, Royston was on board HMS Astute in the city’s docks for a civic function when rogue sailor Ryan Donovan opened fire and shot dead father-of-four Lt Commander Ian Molyneux.

As his council colleague Alastair Neill punched the gunman, Royston wrestled Donovan to the ground and grabbed the weapon from the killer.

As we chat in a small conference room named after his hero Winston Churchill, Royston says: “I’m a little bit embarrassed that I got a gallantry award because I just think it was the right thing to do.

“Donovan had 30 rounds in the magazine. He got six or seven off. If he had put it on automatic it could have been so very different. My reward really was that it wasn't worse than it was.”

The Conservative office is very close to the Harewood council estate where roofer’s son Royston grew up and he has lived all his life in the constituency which lies to the east of the River Itchen, which divides Southampton in two.

He has spent the last four years since becoming MP trying to persuade the government that this part of Hampshire is far from prosperous. 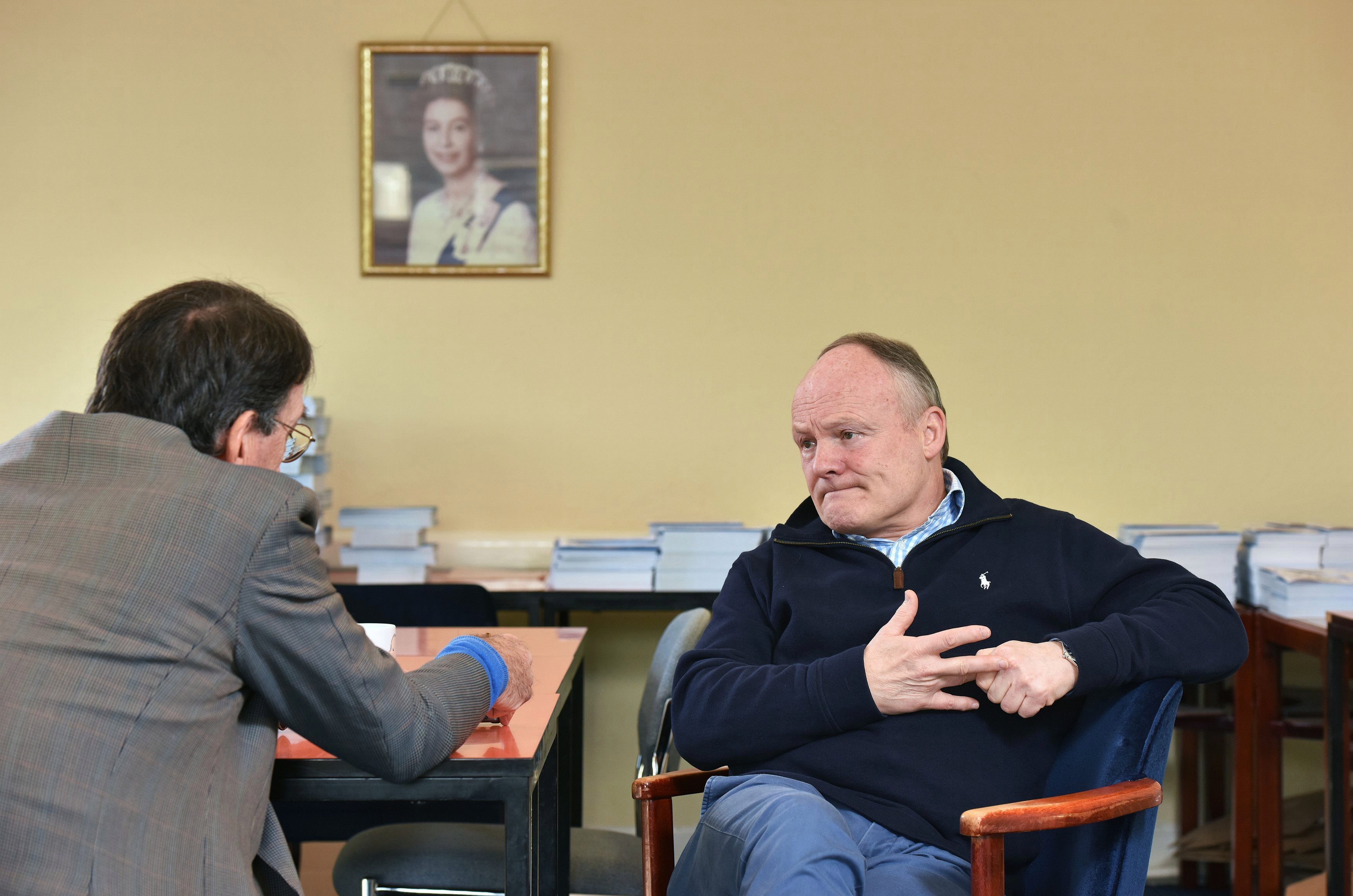 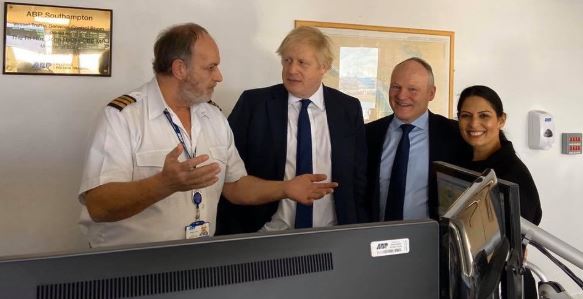 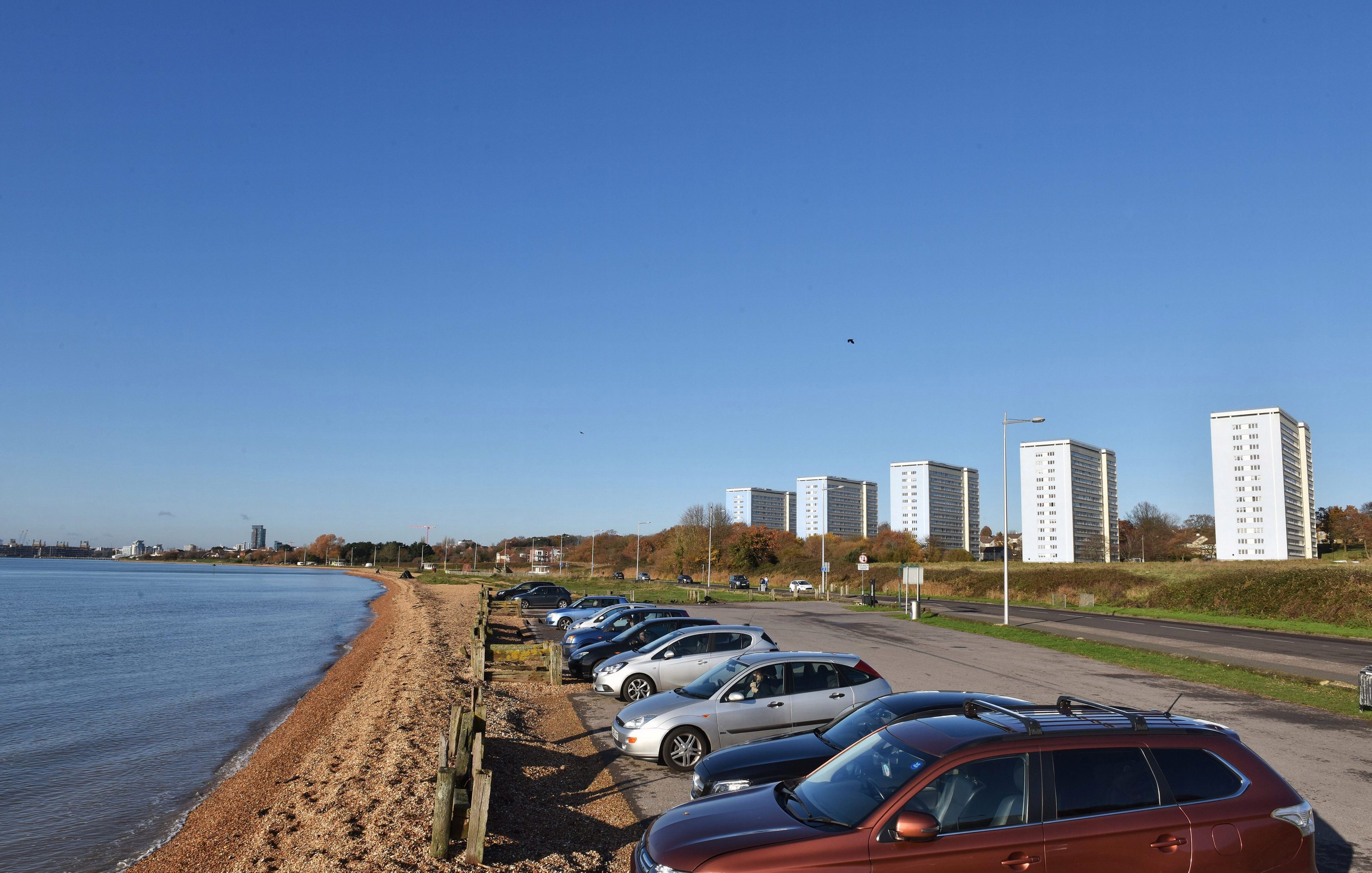 But in 2017 the Conservative majority fell to just 31…

Southampton has a long history of high-skilled engineering – ships, Spitfires, Transit vans and tyres – but over the years they have all moved out.

Royston says: “We are a northern city located in the south. We had Fords, Vosper Thorneycroft and Pirelli. Now what have we got?  Retail.

“The reality is half of my constituents are baristas and the other half are doing jobs where they would rather do something else or be paid more, or have a future.”

On December 12 Royston and his team of supporters will go on what they call a ‘dawn raid’ – hitting the streets at 4am to deliver leaflets to voters on the sprawling estates of Thornhill, Weston and Harefield, reminding them that it is polling day.

The MP says: “You see lights coming on and I always think who is up at 5am?  What are they doing? And then just after five you see them come out from a high-rise council flat, in the most deprived polling district in the constituency and they will get the early bus.

“They will go into a job which probably pays the living wage or minimum wage and come back on the bus that evening and they are going to do it again the next day.

“I look at them and I think, how do we allow that to happen? If your life is mapped out, that you just do that over and over again for ever, then why are we surprised that their kids have no ambition either.

“Or that when someone pays them five hundred quid a week to carry their drugs up and down on the Waterloo line, why are we surprised that people will take that opportunity?

“Those people that go into Waitrose and buy their quinoa on Saturday afternoon and then do a bit of recreational cannabis that night, don’t think they are part of the problem of  kids are moving drugs and then stabbing each other.

“They will all vote Corbyn because they can, because they feel like they have made a few quid and they can afford to have a social conscience.

“We need create chances for people to improve their lives. Voting for Corbyn is madness. He is just telling these people ‘give me your money and I’ll spend it.’”

Later the Conservative candidate is canvassing around the Triangle – a clutch of shops around a small clock tower – where some voters tell him they are switching from Labour to the Conservatives, mainly because of Brexit. 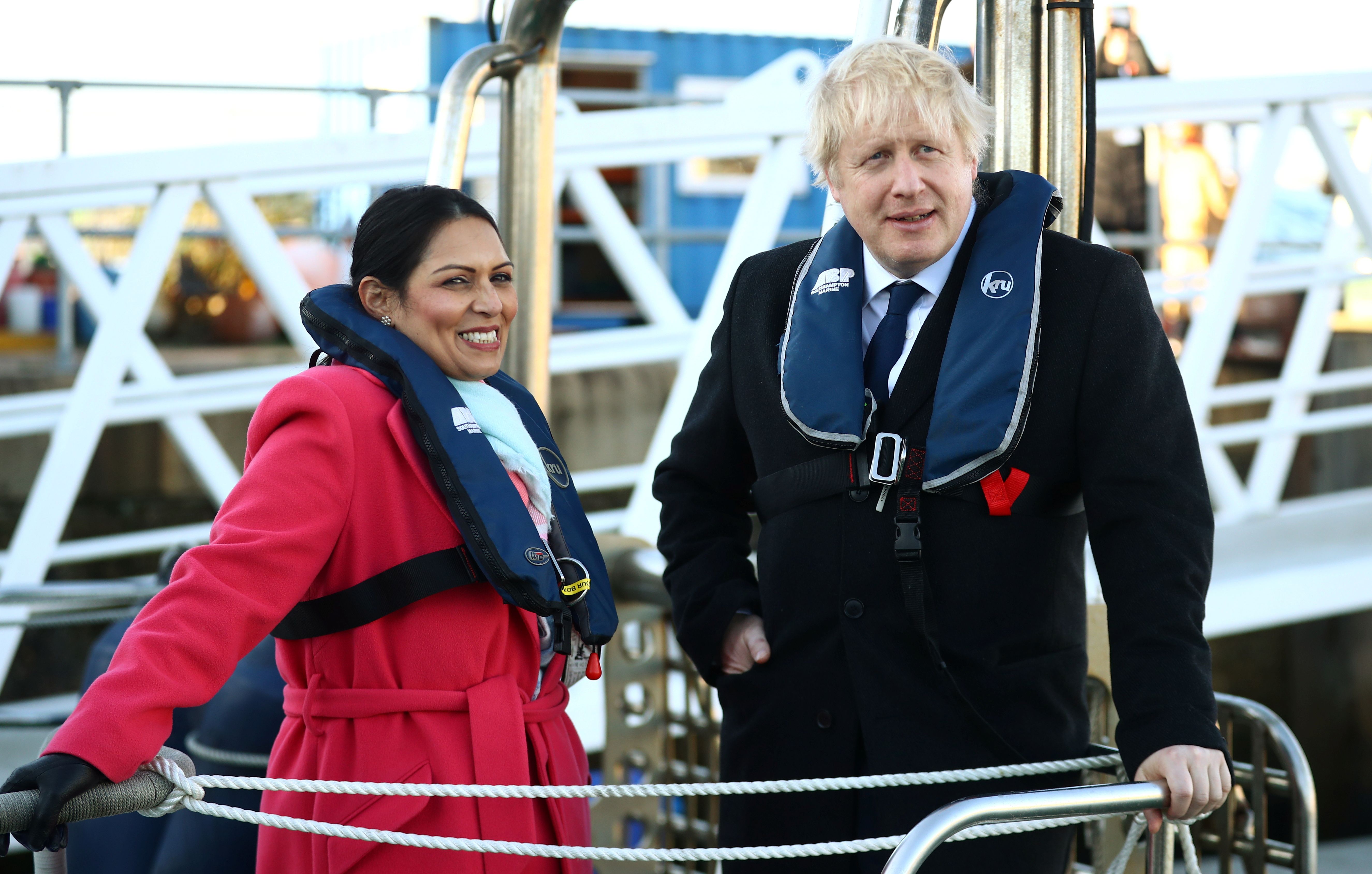 In 2016, Southampton Itchen as a whole voted nearly 61 per cent to Leave and eight out of ten people living in the tower blocks on the Weston estate were in favour of coming out of Europe.

Royston was a member of the Referendum Party in 1996 before joining the Conservatives and has been a Leave supporter for years.

Although his Corbynite Labour opponent, former school science teacher, Simon Letts is a Remainer, Royston was relieved that the Brexit party are not fielding a candidate in Southampton Itchen.

He says: “It was massively Leave here and I know people have not changed their opinion. I happen to be on the right side of the page and represent the majority who voted out.”

Retired lorry driver John Smith, 66, will be voting Conservative as it s the only way to secure a way out of the European Union he voted to join decades ago.

The father of five, from Weston, says: "This isn't the Common Market I voted for.We need a way out, and voting Conservative seems the only way.

"I’d been a Labour man my whole life, but a few years ago I changed to Conservative because I thought Labour policies were becoming a bit draconian.

"I want to see us stand on our own two feet, and if the Conservatives get us out, then that's who I'm voting for."

Mother of one Clare Tate, 51, from Bitterne, says: "I'm a Brexiteer and I don't like Jeremy Corbyn's policies at all.

"He's going to make this country bankrupt. He's over-promising. The money has got to come from somewhere.

"I've been a Tory most of my life, but I did vote for Labour once. I voted for Tony Blair, and we know how that worked out."

Alexander Haynes, 21, from Christchurch, Dorset, is doing Football Studies at Solent University and will vote in Southampton Itchen rather than the safe Tory seat at home.

He was not old enough to vote in the 2016 referendum, says: "I'm going to vote Conservative. I would have voted leave if I could, and the Conservatives are more likely to make Brexit happen.

"Boris Johnson is the lesser of two evils.I don't trust Jeremy Corbyn. You just look at the accusations of rampant anti-semitism in the Labour Party – there's no smoke without fire." 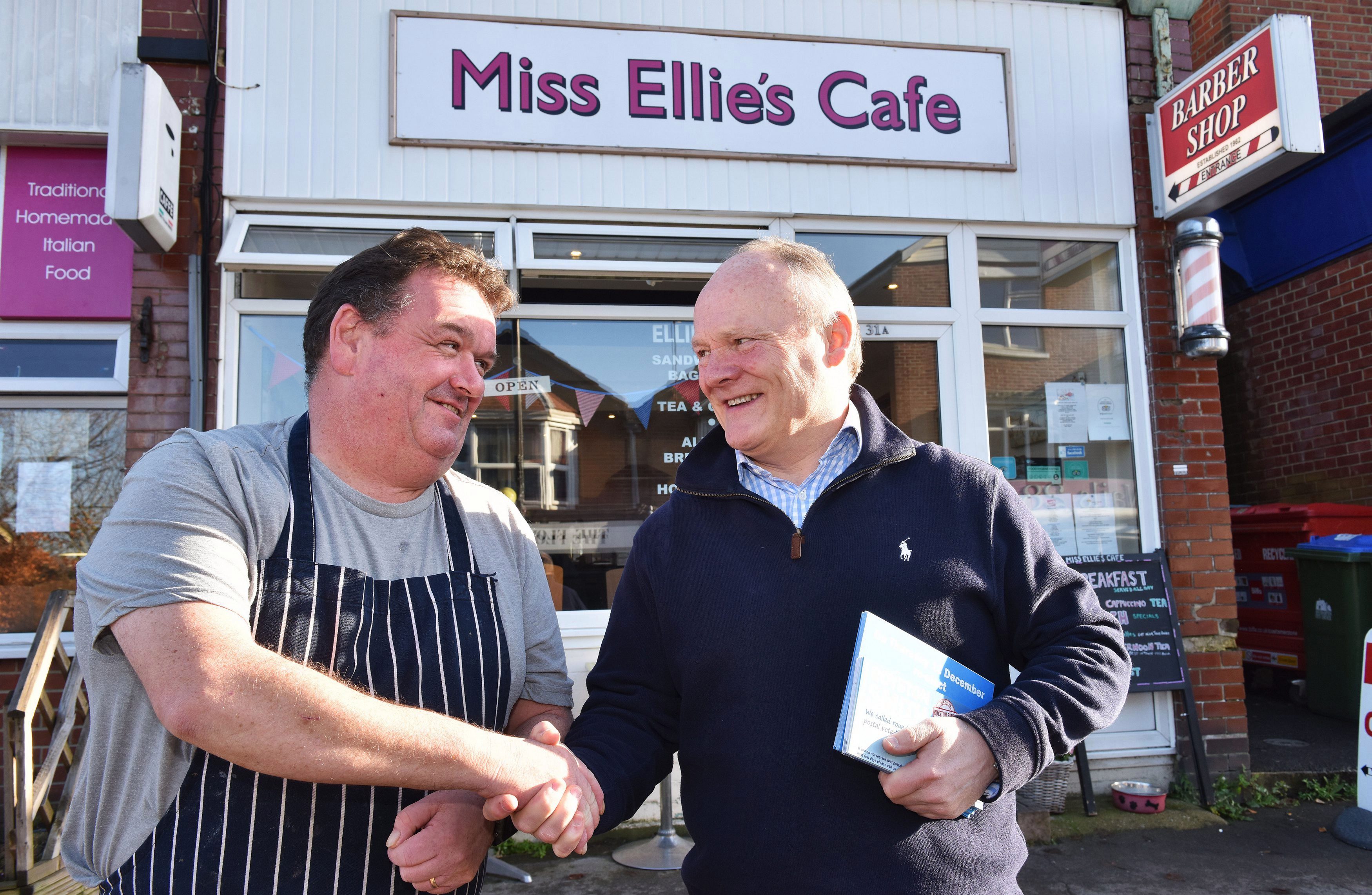 In Ellie’s Café, owner Stewart Humbuy employs five staff and is worried that if Labour get in he will be hit with higher taxes and bigger wage bills.

Stewart, 50, says: “Jeremy Corbyn isn’t my cup of tea. He’ll cripple the country. We just need to get Brexit sorted and then we can concentrate on sorting out problems like mental health, which I see a lot of in my café.”

There are plenty of people that don’t like Corbyn.  More so now than ever. They have had another two years to watch him again and they don’t like it.

But the man fighting for the Tory vote in Southampton is wary of people who say they will switch from Labour. He says: “People are saying ‘I'll never vote, as long as that Corbyn is there’, I will never vote for him.  ‘Anyone but him’.

"There are plenty of people that don’t like Corbyn.  More so now than ever.

"They have had another two years to watch him again and they don’t like it.”

Since 2015, Royston has been fighting for money for better road and rail links for the city, where it takes longer to travel by train from Portsmouth to Southampton than it does to reach London.

There are also ambitious plans to revitalise the area, including tackling air pollution and building a giant monument to the Spitfire that will be twice the height of the Angel of the North.

With a bit of extra investment from Boris Johnson’s Government he believes Southampton can attract new businesses to give it people better jobs.

The MP says: “My constituents can’t be expected to do modest jobs on modest pay with modest prospects for ever. They need better prospects.

“I have walked these streets until my feet bleed to try and win this election because it is important to me to finish the job.”

MP Royston Smith accused the BBC of unfair tactics to encourage Corbyn-voting students to register in Solent Itchen, rather than their home constituencies to sway the result.

He says: “The BBC came down here and spent a whole day and they were saying, 'this is the most marginal seat in the country.  You have got to register to vote, you have got to vote. Your vote.’

“They brought the breakfast programme down, they brought Five Live, they were still reporting on it at News at Ten national.

“There was no balance, no debate, it was just this constant knocking the government in the most marginal seat in the country, telling everyone to register.

“The only difference that vote can make is to get me out. I couldn’t have had a worse hatchet job by the BBC if they had planned it in military precision.  It was awful.”

*Requests from The Sun for an interview with Labour’s Simon Letts were ignored.

Week Two of RBI Vs. Crypto at the Supreme Court of India