The intolerable awkwardness of landing a Bubble Buddy

It's the social conundrum only 2020 could land at the collective moccasins of Melbourne singles slowly maddening in the silent company of empty chairs and days-old washing.

'Bubble buddies' are on from Monday, meaning those of us living alone, or with children, can nominate a friend with whom to temporarily share our wilted stage four lives.

Yet welcome as the plan may be, singles are also finding themselves confronting intolerably awkward questions. 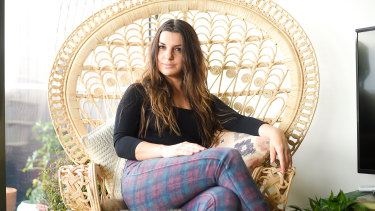 "How are you supposed to have this conversation? It’s like picking your best friend back in primary school – is it whoever sits next to you first?" asks Preston yoga instructor and actor Belinda Totino.

"How would you say no to someone? What if someone wants to watch the Big Bang Theory: 'F— no, I don’t want to hang out with you?' You'd have to make something up.

"The other thing is, I don’t know if my house has a smell now and I’ve just become used to it."

A bubble buddy may be another single friend, someone coupled up, or with housemates. They may even live beyond our five kilometre pens.

But this is not like 'intimate partners'; bubble buddies have to mask up and the travelling party must be home by curfew.

Most contentiously, someone has to ask the others in a shared house to clear out. 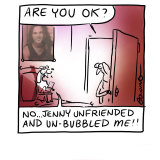 The leniency for lovers (and hook-ups) has some singles crying foul.

But Ms Totino, who posts skits about such dilemmas on her YouTube page, will cross these bridges later. First she's got to lock down her buddy.

"I’ve sort of been waiting for [a nearby friend] to ask me. She hasn’t mentioned it; just something like ‘the buddy system has got me angry’ and I said ‘yeah, it’s got me angry too’. But in my mind I was thinking 'aren’t you going to ask me?'"

Veteran life coach Sandy Ewing urges singles to look at it as an opportunity rather than a friend burner or awkward interaction.

She suggests asking yourself what you wanted to achieve for the rest of lockdown. Look for the friend with mutual goals. This may not necessarily be the person with whom you like to share a beer, but someone who will motivate you out of procrastination, she says.

Be open and compassionate in your conversations and, if you are approached by an ill-fitting buddy, explain what you are looking for and why.

"Maybe you could offer [the rejected buddy] to hook up on video, or help them find someone else," Ms Ewing says.

"Tell them: 'I can be that sort of buddy for you. How does that sound?'"

If you are rejected, don't get down but try to understand their reasons, she says.

One way around the awkward asking may be to send a group message to potential candidates.

"Say 'these are my goals and I think this would be cool. If this resonates with you, let me know'."

Ms Totino is rolling around an alternative plan.

"There's this guy I’m very keen on," she says. "Intimate partners is too full on, so maybe buddy is easier for now. It's kind of a level down. Fingers crossed."