EXCLUSIVE: The Lion King’s young Simba, 11-year-old Jaydon ‘JD’ McCrary, tells DailyMailTV how he keeps his ego firmly on the ground with ‘his heart in the right place’, despite working closely with A-listers Beyoncé and Donald Glover

As the voice of Simba in The Lion King, 11-year-old actor Jaydon ‘JD’ McCrary is poised for global stardom and a long career in Hollywood.

But already Disney’s new star says he has his head and ego firmly on the ground thanks to his belief in God and strong supportive family.

JD spoke exclusively to DailyMailTV of his faith and how he plans to keep ‘his heart in the right place’ and not ‘squander’ his golden ticket in Tinseltown.

The young talent, from Granada Hills, California, refuses to give in to the temptations of life in the limelight, like so many child stars in the past, by ‘praying’ and ‘thanking the man upstairs.’ 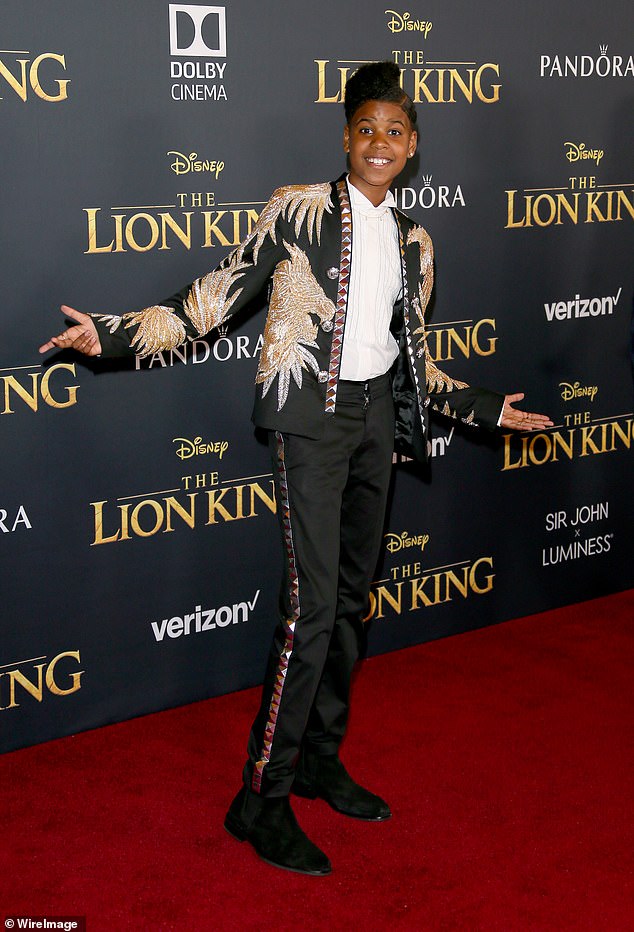 Jaydon ‘JD’ McCrary, Disney’s latest star with The Lion King remake, tells DailyMailTV he plans to keep his ‘heart in the right place’ and not ‘squander’ his blessings in Hollywood 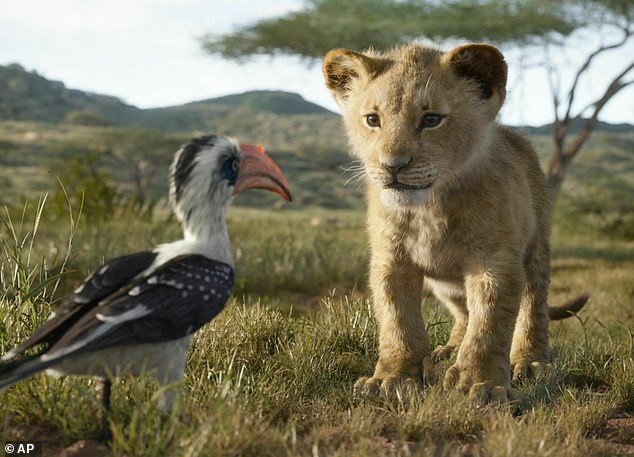 Jaydon ‘JD’ McCrary, 11, is the voice of young Simba in live action remake of The Lion King featuring Beyoncé as Nala and Donald Glover as grown Simba

The actor revealed he had a ‘great time’ starring opposite Beyoncé, Donald Glover and a raft of A-listers in the live action remake of the 1994 classic, which is released across the US on Thursday – JD’s birthday. 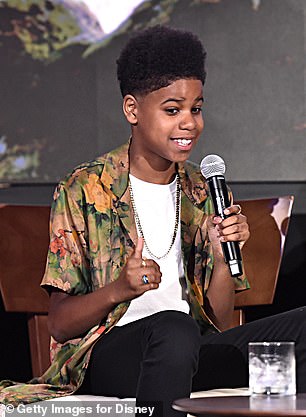 Asked about his lucky break to beat thousands to the voice of young Simba, JD said: ‘It is a blessing. I have got to give the glory to God.

‘He is the one that brought me here. It is not just me that did this, but all the people behind this and all the people that helped build my career. You know it is a blessing.’

JD admits he is aware of the potential pitfalls suffered by other youngsters during their careers, but he says he has learned much from their troubles.

‘There are a lot of people who have had a great success and have just fallen from their heart,’ he said.

‘When their heart isn’t in the right place. It is not a great thing. I have learned from that.

‘I am going to try to avoid being ungrateful and I hope I don’t squander my blessing.’

JD reflected on the ethos he holds for his career, his work ethic and life focus as he battles to stay in the top tier of the film industry at such a young age.

‘The process for me is when something extravagant happens and I blow up and a lot of people know who I am and when I’m going to the grocery store and people say I want his autograph.’

‘I am not going to let that get to my head, hopefully. I will just keep praying. I will keep thanking God for this. I will say it again, it has to go to the man upstairs you know. And that is how I keep myself humble; my family help me out a lot and just praying with them.’ 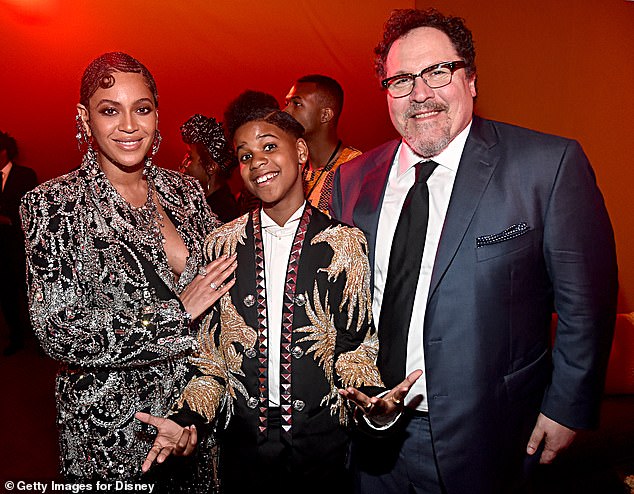 The Lion King live action remake of the 1994 classic, directed by Jon Favreau (right) is set to release on Thursday – McCrary’s 12th birthday – and stars Beyonce as Nala. Pictured at the world premiere in California 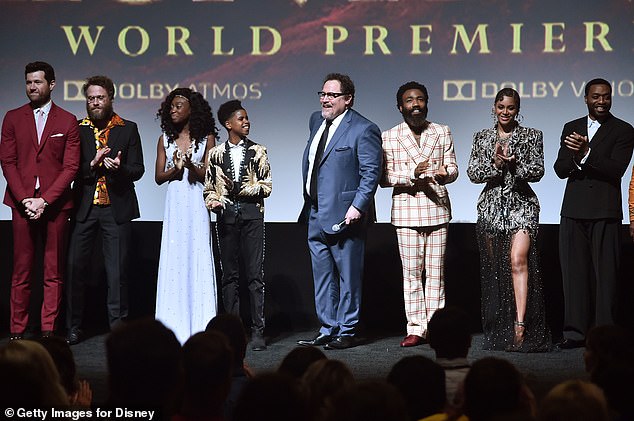 JD said working with A-list stars like Beyoncé and Donald Glover was ‘very exciting. It was an amazing time. They are all so blessed and all great people. I loved being there.’

The youngster already has momentoes from his recording sessions.

JD says he grew close to animator and storyboard artist Angelo Libutti on the project, which is expected to be earn over a billion dollars this summer.

JD said: ‘A lot of things that I have kept. The animators, specifically Angelo (Libutti) he would draw me a picture of Simba. He’d sign and have me sign it. And that is just in remembrance of the movie and me being there. That helps jog my memory and all my times.’

JD turns 12 on Thursday and is currently starring in The Paynes as Kenny Payne on the Oprah Winfrey Network.

He already has a record deal with Hollywood Records.