The Daily Mail and the Mail on Sunday have scored a double victory – scooping the top awards at the annual Press Awards, regarded as the Oscars of British journalism.

It’s the eighth time the Mail has won the coveted title – more than any other paper. 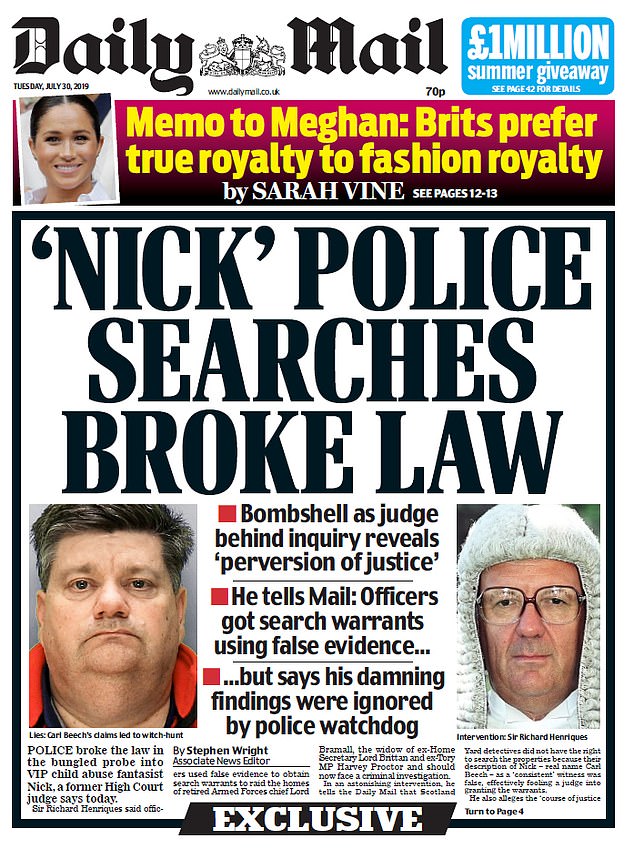 The Mail – which secured 22 nominations – also swept the board with a host of other major awards: Interviewer, columnist, both news and sports reporter, and sports news story of the year… plus runner-up spot in the prestigious Cudlipp Award and a string of highly commended results across features, news and sport.

Describing it as a paper that ‘understands its readers’ and is ‘at the top of its game’, the judges lauded ‘the fantastic set of campaigns and exclusives’.

The Mail on Sunday delivered as the most-read and most profitable Sunday newspaper during 2019 and secured world-beating scoops including the Washington Files – leaked secret cables which revealed exactly what Britain’s ambassador to the US thought about Donald Trump – and in-depth analysis of Prince Andrew’s links to disgraced Jeffrey Epstein.

The judges praised the Sunday paper – which was also highly commended in the Reporting Diversity category – for ‘leading the way from scoops to sports’ adding: ‘this paper had excellent exclusives and input from impressive figures.’ 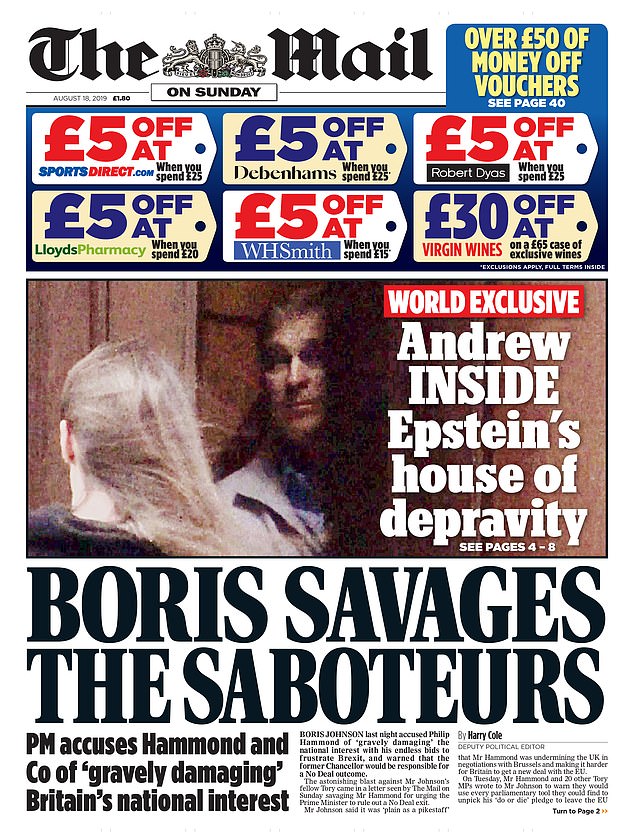 They also heaped praise on the Daily Mail’s columnists, who ‘have a front row seat to the conversations and insights everyone wants to be privy to’, and praised ‘Weekend, a revamped Femail section, and award-winning sports coverage’ which was ‘all backed by this year’s staggering, record-breaking circulation figures’.

Awarding Sarah Vine the Columnist of the Year title for the second year in a row, the judges said she had an ‘inside view that nobody could rival’ and praised her for her ‘politically meaty columns, as well as the deeply personal’.

Jan Moir also repeated last year’s triumph to win Interviewer of the Year. The ‘incomparable and entertaining writer’ is ‘the best in the business and absolutely should win again’.

In News, the Mail shared top spot in the prestigious News Reporter of the Year category. The judges heaped praise on Tom Kelly’s groundbreaking exclusives and ‘daring undercover investigations’ and described the work that went into exposing fake taxmen as a ‘brilliant piece of journalism’.

In Sport, the Mail’s world-beating exclusive about the Saracens salary cap scandal secured two awards for Sportsmail. The judges – who were ‘completely unanimous ‘ – named it Sports News Story of the Year, for ‘an outstanding investigation that resonated throughout the year and beyond’.

The same investigation saw reporter Laura Lambert take the Sports Journalist of the Year award for a ‘truly agenda-setting scoop’.

Daily Mail Editor Geordie Greig said: ‘I am extremely proud of the hugely talented team of editors and reporters – across both the Mail and Mail on Sunday – who have made this possible.

‘This spectacular double success is further testament to our ongoing commitment to quality journalism which – even in these difficult times – will, I believe, secure a bright future for our titles.’

The Mail On Sunday Editor Ted Verity said: ‘I am so proud of all the fantastic journalists at The Mail on Sunday.

‘This is their reward for all their brilliant work over the past year and particularly now when our reporters and photographers are still putting themselves on the line to go out and investigate the most vital stories that Britain needs to hear.’

Chainlink Could Soon "Nuke" Lower if It Breaks Below Critical Support

Trump hugs his adoring grandchildren at his rally in Pittsburgh

Supply shortages are forcing restrictions on who can get a COVID-19 test, and it's happening at the worst possible time