We all know that college football coaches are some of the quirkiest and most intense coaches in all of sports. Nick Saban, Mike Leach, Jim Harbaugh, Ed Orgeron, these are not men who go through life sitting on lawn chairs sipping frosty glasses of lemonade. To them, leading teams of young men on the gridiron is a personal mission that they take very seriously.

But even they probably don’t take it as seriously as Walt Bell, the football coach at UMass.

Bell, 36, has been coaching the UMass Minutemen since 2018. At the very start of a news conference after UMass canceled all fall sports because of COVID-19, Bell described his feelings about the decision. And it was more intense than you could ever imagine.

Bell is taking it personally

“I’ll tell you guys the same way I told my players,” Bell said, via The Athletic. “You know, my dad passed away in 2008; my biological mom OD’d in 2012. And to be honest with you, this is probably a tougher day than both of those days.”

To Bell, the cancellation of football was worse than the deaths of his parents. That is … a lot. 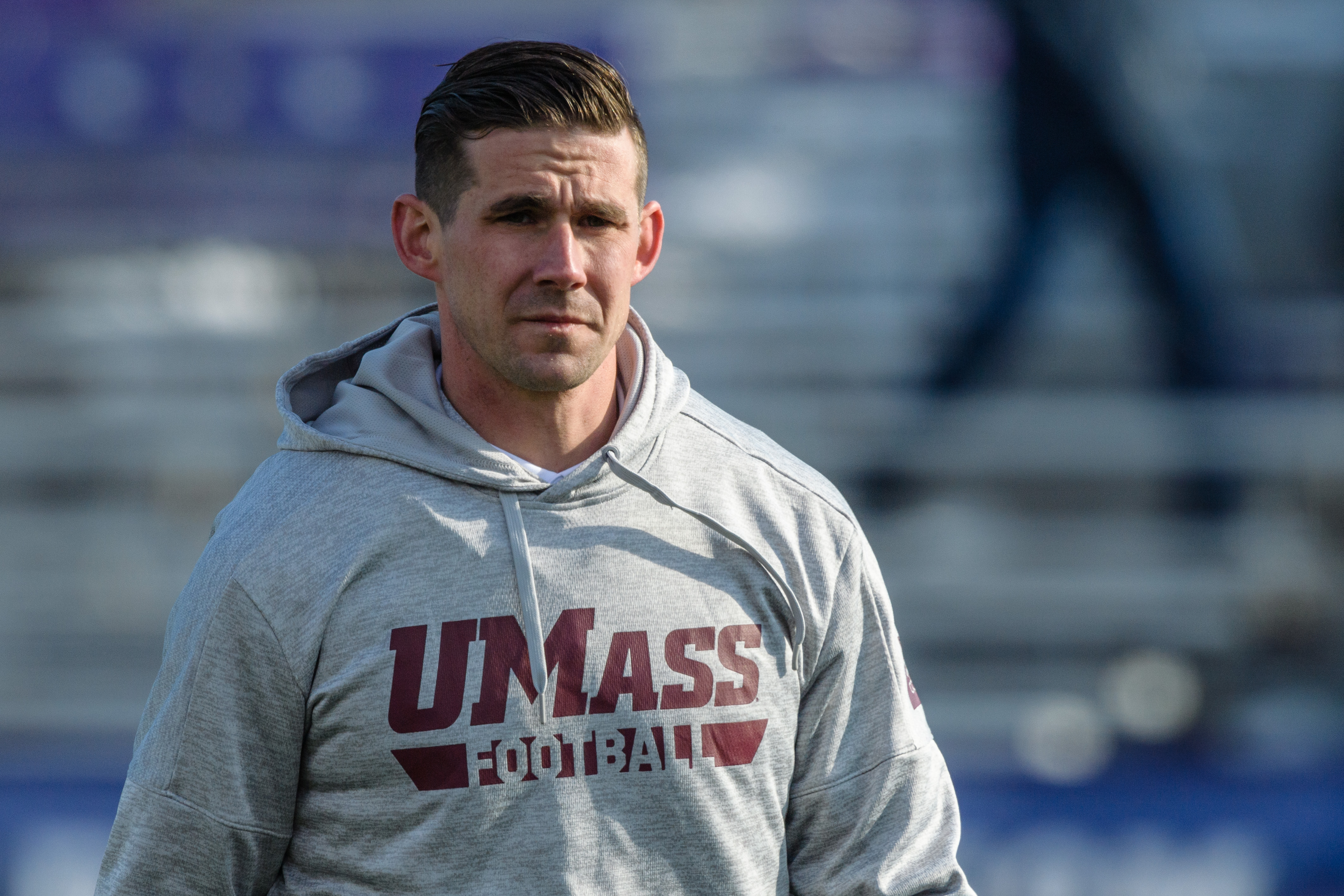 Bell continued, attempting to give that opening statement a little more context.

“You know, it’s one thing when it’s in your own family and you’ve got a job to do and be the caretaker for the other people, but when you’ve got to go look at 100 some-odd or 109 18-to-21-year-old kids in the face and tell them that their dreams aren’t gonna come true, that’s a devastating deal,” he said.

Telling all those players about the demise of the football season has to be rough, but it seems extreme to compare it to the days his parents died. Steve Buckley of The Athletic spoke to Bell about those very intense feelings following the news conference, and provided a little more context for what most people would view as a totally bonkers statement.

“To be honest, it’s miserable,” he told me. “It’s not just your life, it’s their lives. All the sacrifices those kids have made, it’s a really tough deal. It’s heartbreaking. You spend your whole life as a coach and a mentor …”

“I talk about my dad all the time,” Bell said. “And I can promise you, it’s not like this special, painful moment that came up all the time. I’m pretty open to all that stuff.”

College football coaches are different. Walt Bell might be the most different among them.