US journalist Glenn Greenwald is charged with cybercrimes in Brazil

American journalist Glenn Greenwald has been charged with cybercrimes in Brazil for allegedly helping a group of hackers intercept the phone calls of the country’s Justice Minister, Sergio Moro, when he was a judge presiding over a corruption case.

Greenwald’s website, The Intercept, published damaging conversations between Moro and prosecutors in the Car Wash investigation that showed the judge advising them in the case against now jailed former leftist president Luiz Inacio Lula da Silva.

Greenwald was charged with criminal association with a group of six people who face charges of hacking the telephones of Brazilian officials as well as bank fraud and money laundering. 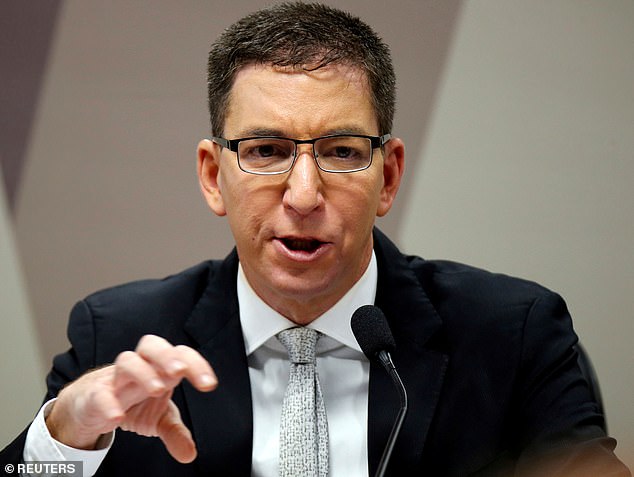 Glenn Greenwald has been charged with cybercrimes in Brazil

Greenwald has said the Car Wash investigators’ conversations were leaked to The Intercept after they had been hacked.

‘We will not be intimidated by these tyrannical attempts to silence journalists,’ Greenwald said in a statement in which he said the government of Brazil’s far-right President Jair Bolsonaro does not respect basic press freedoms.

But the federal prosecutors said in a statement that an audio found on the seized laptop of one of the alleged hackers showed Greenwald advising him to erase all messages linked to The Intercept while the interceptions where still taking place. 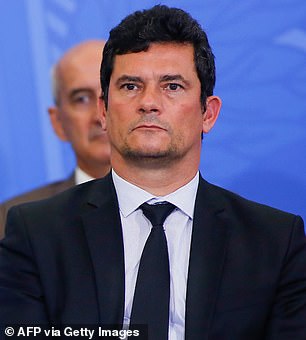 The calls revealed Sergio Moro, who is now Brazil’s Justice Minister, advising prosecutors on a corruption case which he was the judge in

‘The dialogues demonstrated that Glenn Greenwald went beyond (his journalistic duty) by indicating actions that would hinder the investigation and reduce the possibility of criminal liability,’ the statement said.

Greenwald, a resident of Brazil, became known internationally for his role in the publication of classified U.S. national security documents leaked by former National Security Agency contractor Edward Snowden in 2013.

It was not clear whether Greenwald could be indicted since he was not under investigation and prosecutors were barred from doing so by a court injunction last year.

Greenwald said Moro had from the start called The Intercept ‘allies of the hackers’ for revealing his collusion with prosecutors in the corruption investigation.

The Federal Police stated less than two months ago, after examining the same evidence cited by the prosecutors, that he had not committed any crime, Greenwald said.

‘I did nothing more than do my job as a journalist – ethically and within the law,’ he said in the emailed statement.

Chainlink Could Soon "Nuke" Lower if It Breaks Below Critical Support

Macron Tells the UN to Wake Up With Swipe at the U.S. and China

In 2010, Elon Musk had big plans for Tesla. Listen to his predictions