A TEENAGER has been arrested after a young woman’s body was discovered in a Staffordshire park last night.

Police said the 19-year-old was found dead in a stream after officers attended Roman Way in Tamworth shortly after 9pm. 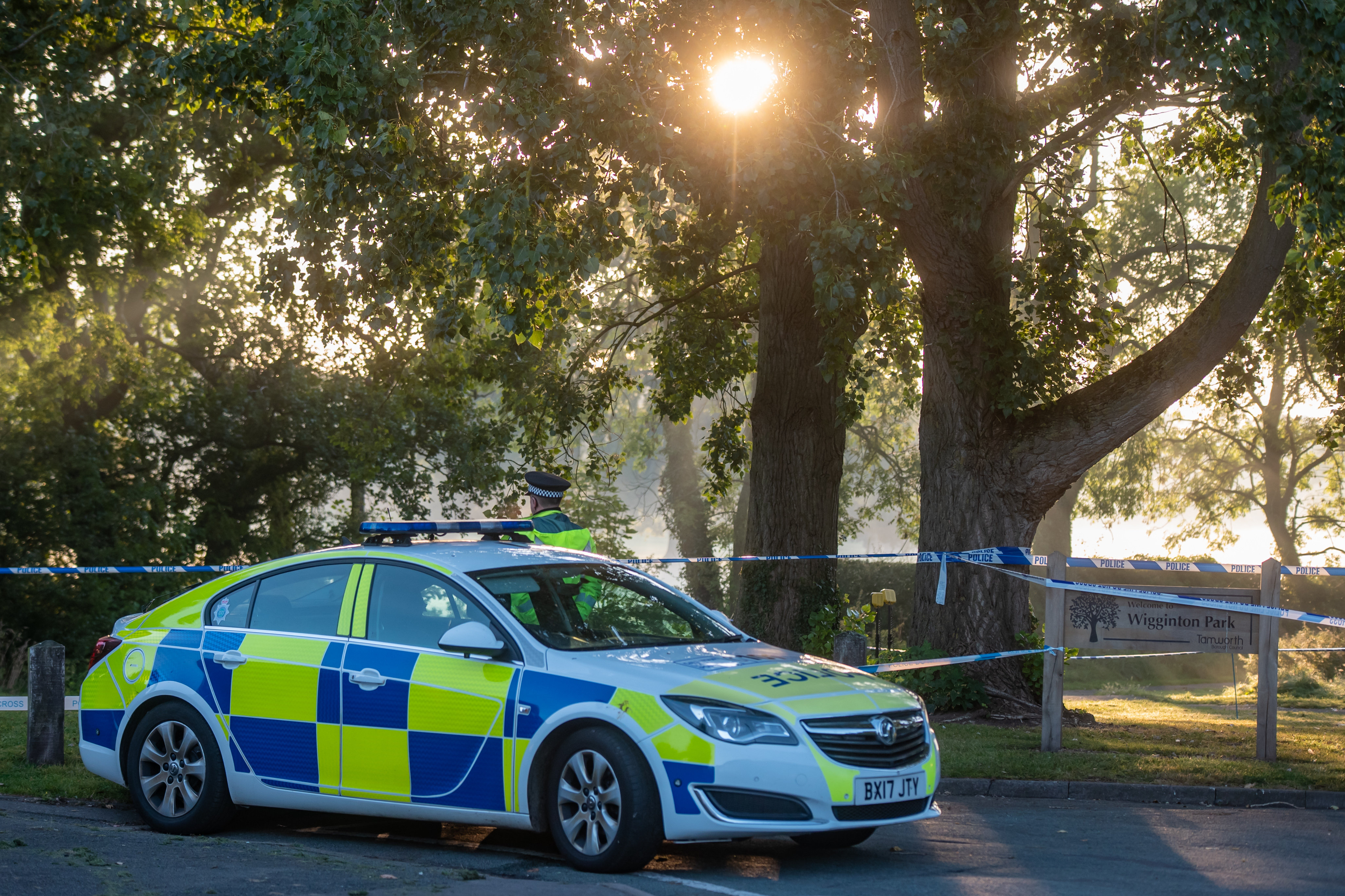 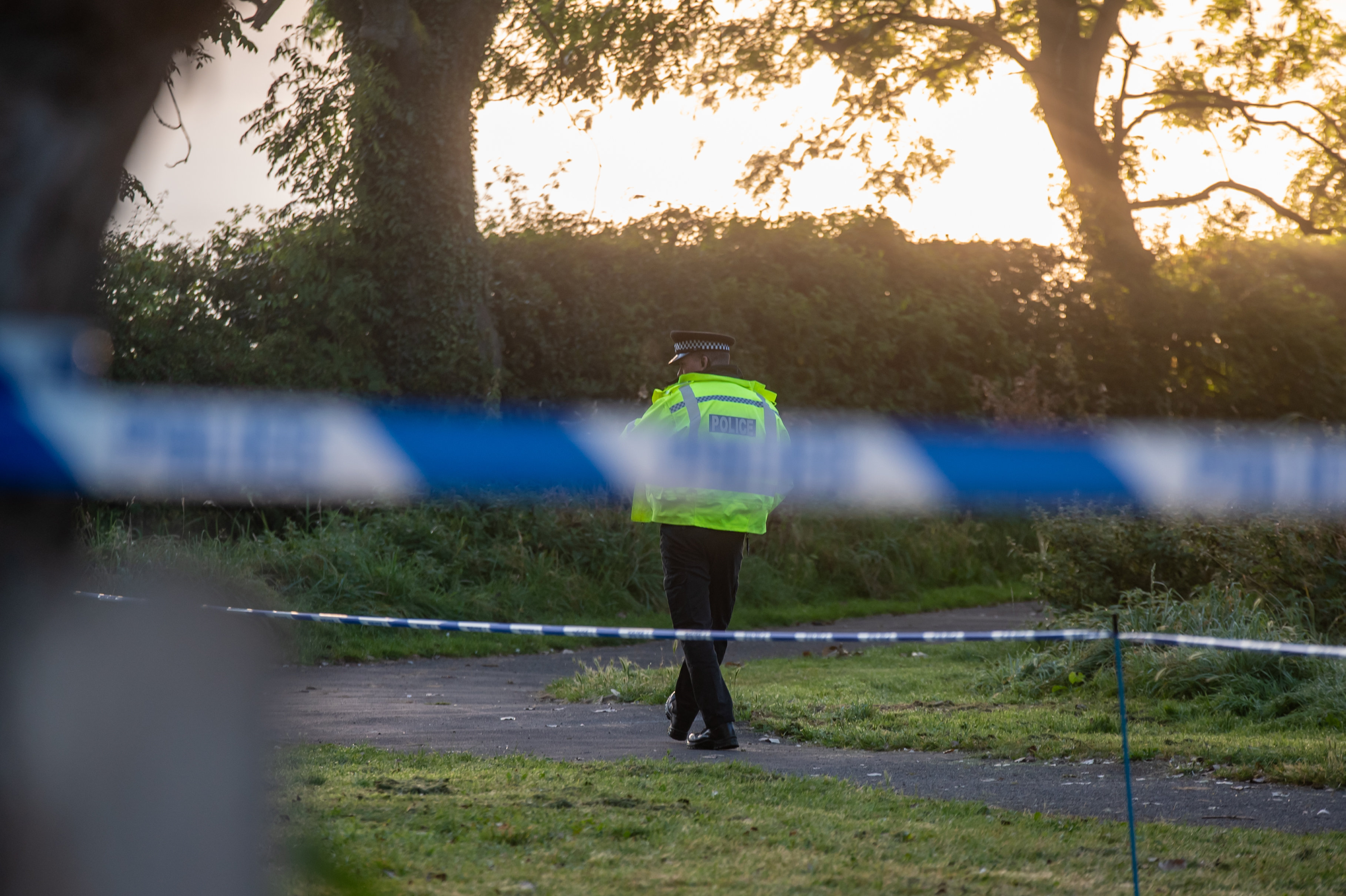 Paramedics were called to reports of a woman in a stream and were unable to save her.

Cops have today cordoned off Wigginston Park while they investigate.

Staffordshire Police said in a statement: "A 19-year-old man has been arrested in connection with her death and is in custody.

"We would kindly ask people not to speculate at this time as our inquiries continue."

A West Midlands Ambulance Service spokesman said: "We were called by Staffordshire Police to reports of a patient in the water near to Edgar Close, Tamworth at 9.10pm last night. 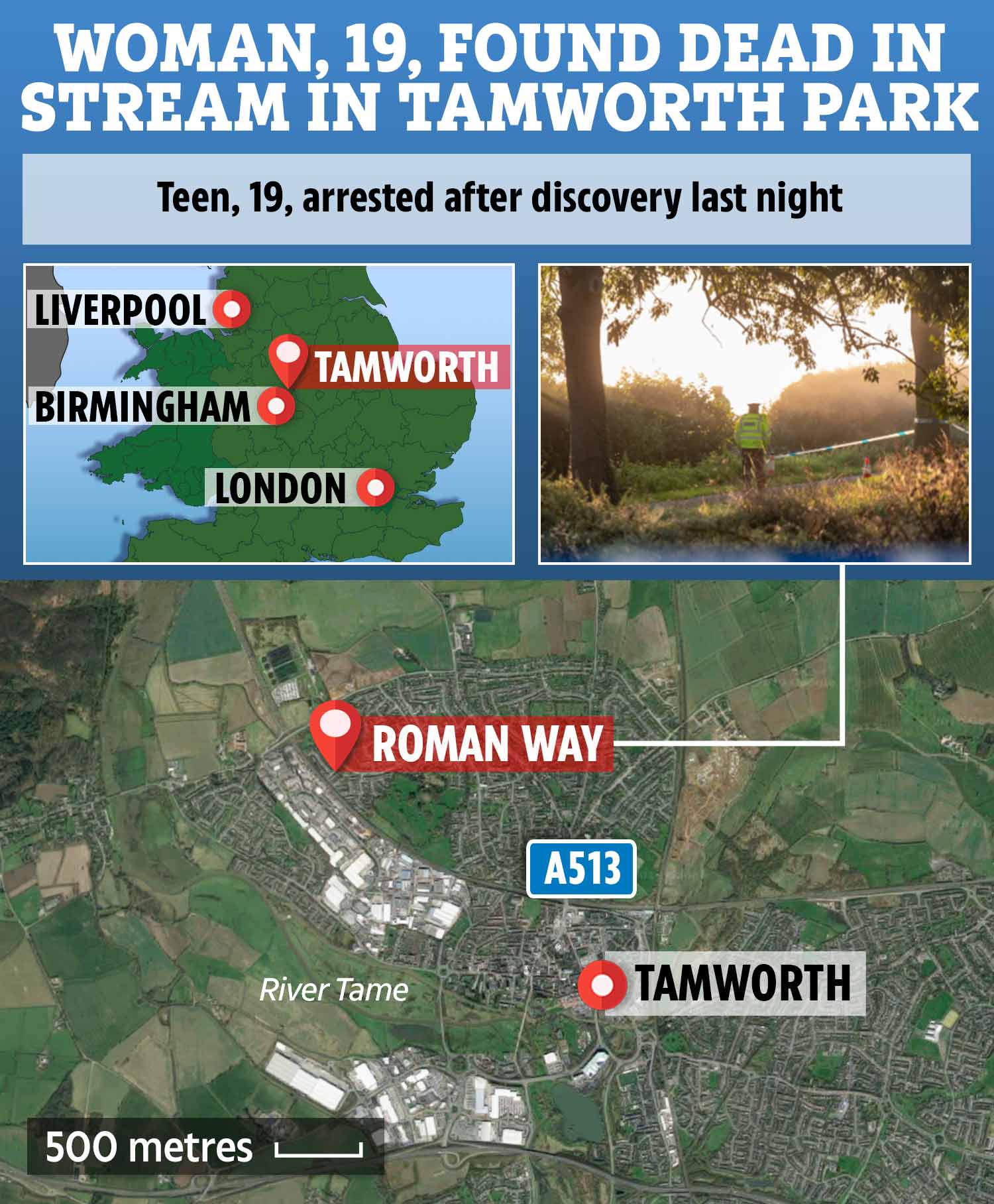 "Two ambulances and a paramedic officer were sent to the scene.

"On arrival we discovered one patient, a woman.

"Sadly, it quickly became apparent nothing could be done to save the woman and she was confirmed dead at the scene."