A woman in California called the cops on three black women claiming she was attacked by “an African black person,” video shows.

The three women — identified only as Brittany, Jessyka and Raquel – said they were jogging early Sunday at Dockweiler State Beach when an unidentified woman starting hurling racial slurs at them.

“My emergency is that I was just attacked by an African black person,” the panicked woman yelled on the footage shared with KABC. “She just attacked me from behind.”

The three joggers said they initially encountered the woman as they started their run, when she hurled a racial slur at them. One of the black women later started recording their interaction when they met up again.

“I have to expose this, so I actually caught up to her and was like, ‘Tell me again what you said,’” Brittany told the station. “And that’s when I started recording and she just continued.”

The woman then said she was calling cops, claiming she had been attacked from behind by the three joggers.

“My environment has been harmed by this African black person,” the woman says in the clip while holding up her cellphone.

Another jogger in the trio claimed the woman called them “the virus” and said they didn’t belong in southern California.

“She continued on that she was from Mexico and this was her continent and we needed to back to our continent,” Raquel told NBC Los Angeles. 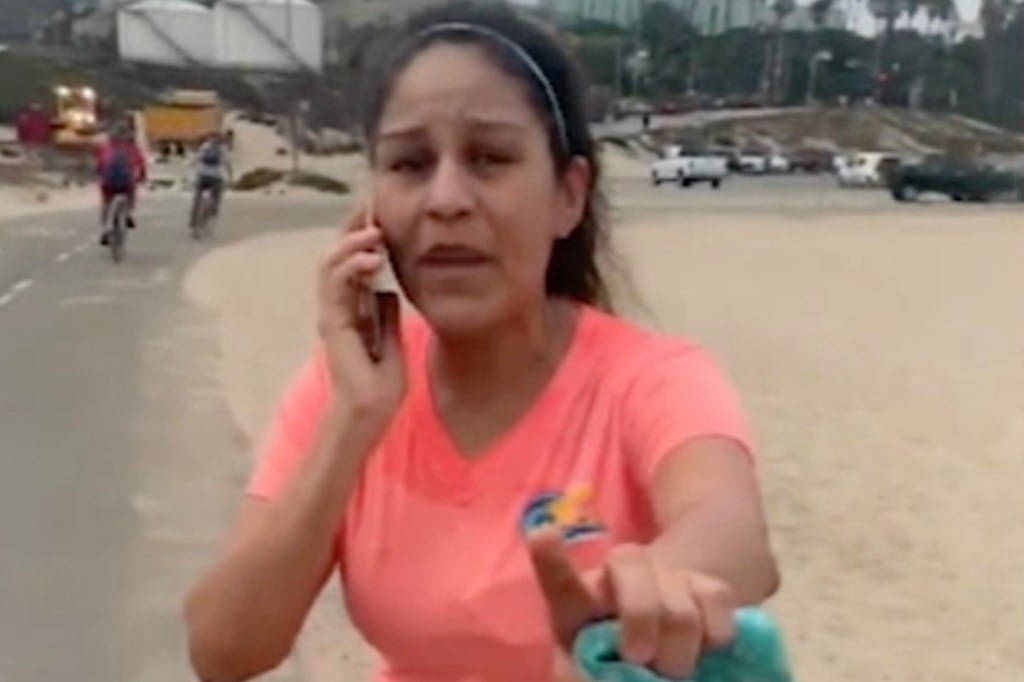 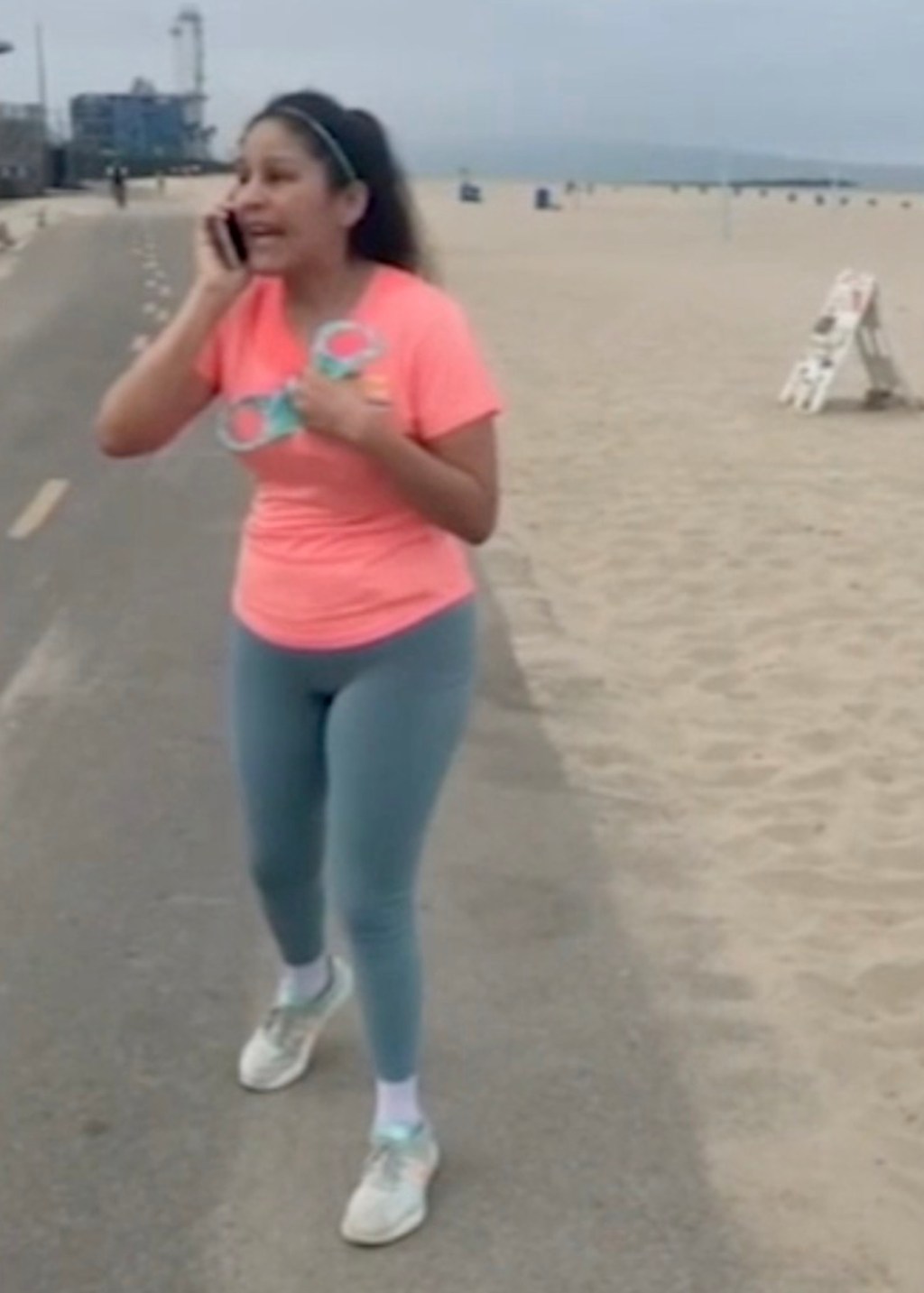 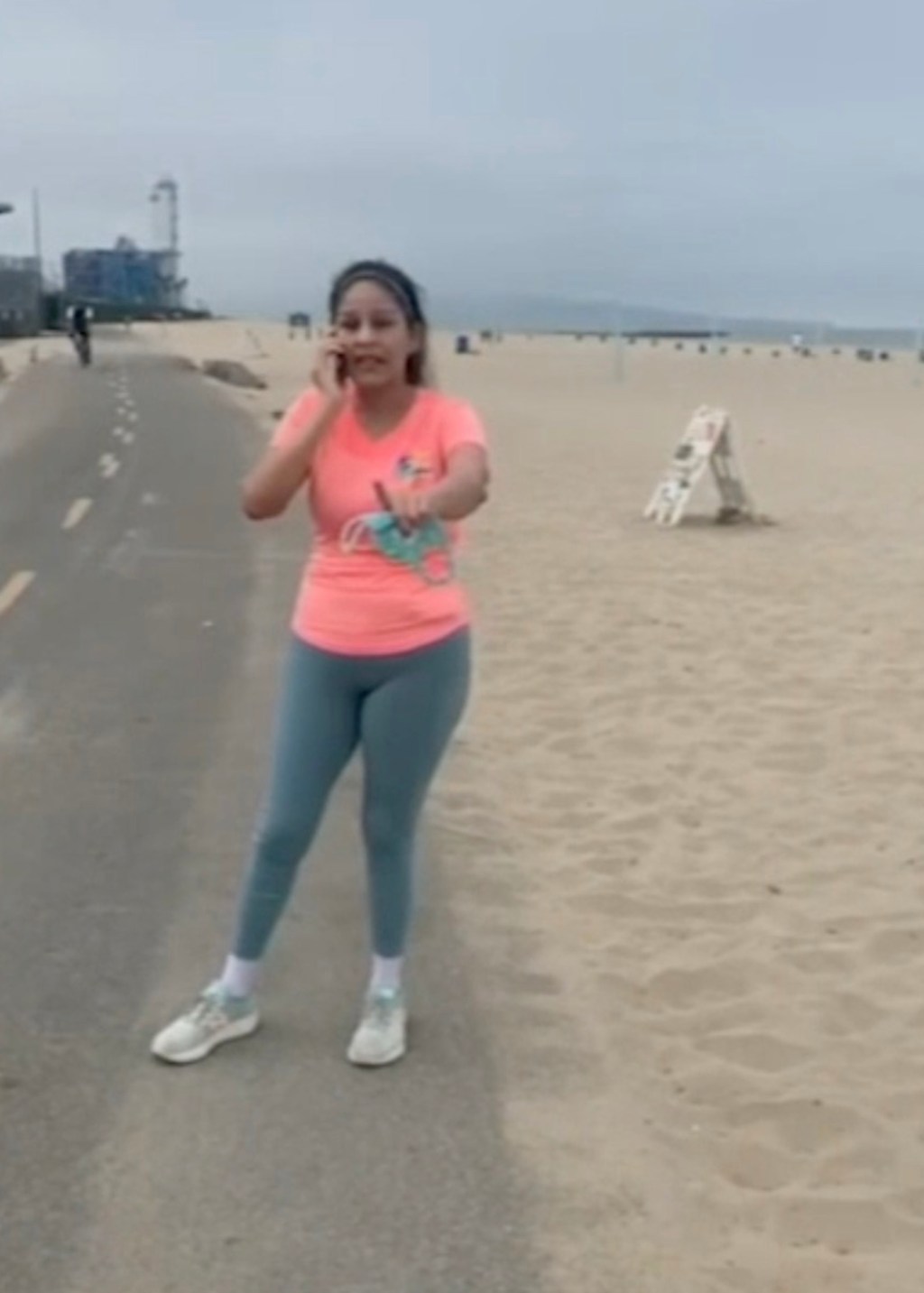