‘It is very different and it’s essential to the understanding,’ Woodward told NBC’s Savannah Guthrie, promoting his new book ‘Rage,’ which comes out Tuesday.

In the book, Woodward writes that Trump was meeting with top infectious disease expert Dr. Anthony Fauci, Centers for Disease Control and Prevention Director Dr. Robert Redfield and Health and Human Services Secretary Alexander Azar who recommended that the president ban travel from China in an effort to keep the coronavirus out. 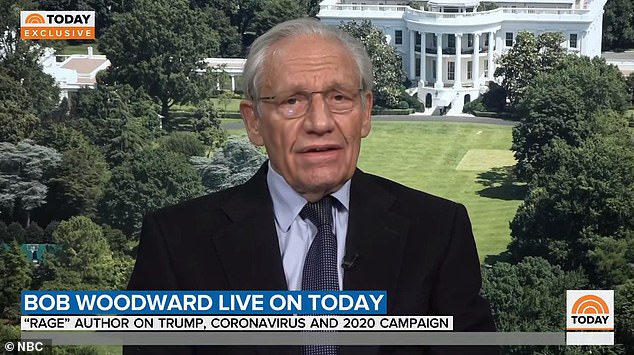 Bob Woodward confirmed reporting from his forthcoming book ‘Rage’ during an appearance Monday on the ‘Today’ show. He said President Donald Trump banned travel from China after his aides told him to make the move 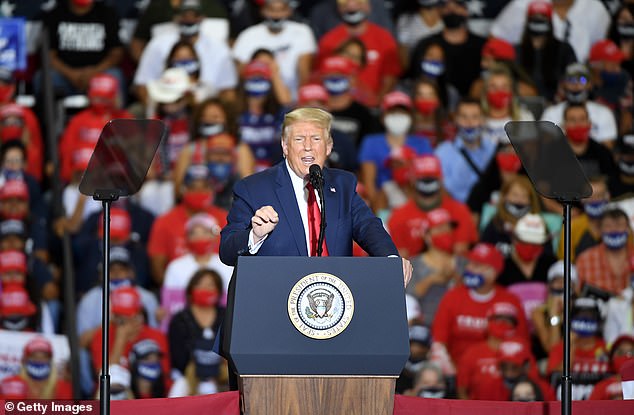 President Donald Trump has long said it was his idea and he went against aides’ wishes when he limited travel from China in late January as a way to prevent COVID-19 from coming to U.S. shores

For months, the president suggested that he, alone, made the decision to ban travel from China on January 31 – and he did so against Fauci’s advisement.

‘And you know, he’s said numerous things: “Don’t close of China. Don’t ban China.” And I did it anyway, I sort of didn’t listen to my experts and I banned China,’ Trump said back in July, during an interview with GrayTV’s Greta Van Susteren.

Woodward also questioned the effectiveness of the so-called ‘ban,’ because travelers from China were still allowed in.

‘It’s not that President Trump banned travel, people coming from China to the United States – he restricted it,’ Woodward told Guthrie. ‘And as we now know, there were some problems and lots of people from China, instead of coming to the United States went to Europe and then came into John F. Kennedy airport in New York.’

‘And that’s why there was such a firestorm of a virus in New York at that time,’ Woodward offered.

Woodward also explained to Guthrie why he sat on Trump’s February 7 comments, which included the president’s admission that the virus was airborne and that it was five times more deadly than the flu.

The veteran Watergate reporter said he was missing a key clue that he didn’t learn until May.

‘That on January 28th, ten days before that February call, the President was warned by his National Security Adviser in a top-secret meeting that the virus is going to be the greatest national security threat to your presidency,’ Woodward said. ‘And then his deputy Matt Pottinger stepped up with details explaining a pandemic was coming.’

When Woodward spoke to Trump in early February about COVID-19, he thought the president was just talking about China.

‘If there was any suggestion I had that that was about the United States, I would have of course published. I think I have public health, public safety responsibility. But there was no indication in February,’ Woodward said.

Woodward said Trump could have used his February 4 State of the Union address to sound the alarm.

‘It is one of those shocks for me having written about nine presidents that the President of the United States possessed the specific knowledge that could have saved lives,’ Woodward said. ‘Historians are going to be writing about the lost month of February tens of years.’