An enterprising YouTuber decided to target covidiots by getting in their face – literally.

“An American problem demands American solutions!” said Allen Pun, who runs the channel “Sufficiently Advanced,” which has over a million subscribers.

“I made a mask launcher and brought it to Huntington Beach, which is one of the most anti-mask cities in southern California. What could possibly go wrong?” he wrote.

Allen took direct aim at “maskholes” who refuse to wear face coverings amid the coronavirus pandemic by inventing a pneumatic gun that launches masks at their heads, Newsweek reported.

The device — which he said looks “alien sci-fi alt-history steampunk” – is loaded with a surgical mask fitted with a double-sided foam adhesive that allows it to stick to the face of a recalcitrant.

In order to make sure the airborne mask lands at the right spot, a laser is used — and tube nuts provide the straps with just the right amount of weight to wrap around people’s heads.

Powering the projectile are CO2 bulbs that generate 800 psi of pressure.

Pun then tested the contraption in the conservative locale, where people had expressed their doubts about the effectiveness of masks.

“We’re going to go hunting for any Karen willing to get shot in the face for public health,” Pan said.

“The concept is dope, don’t give up,” four women playing volleyball told him after his gun broke in the first attempt, news.com.au reported.

After fixing the malfunction, Pan noticed that a higher than expected number of people were wearing masks. 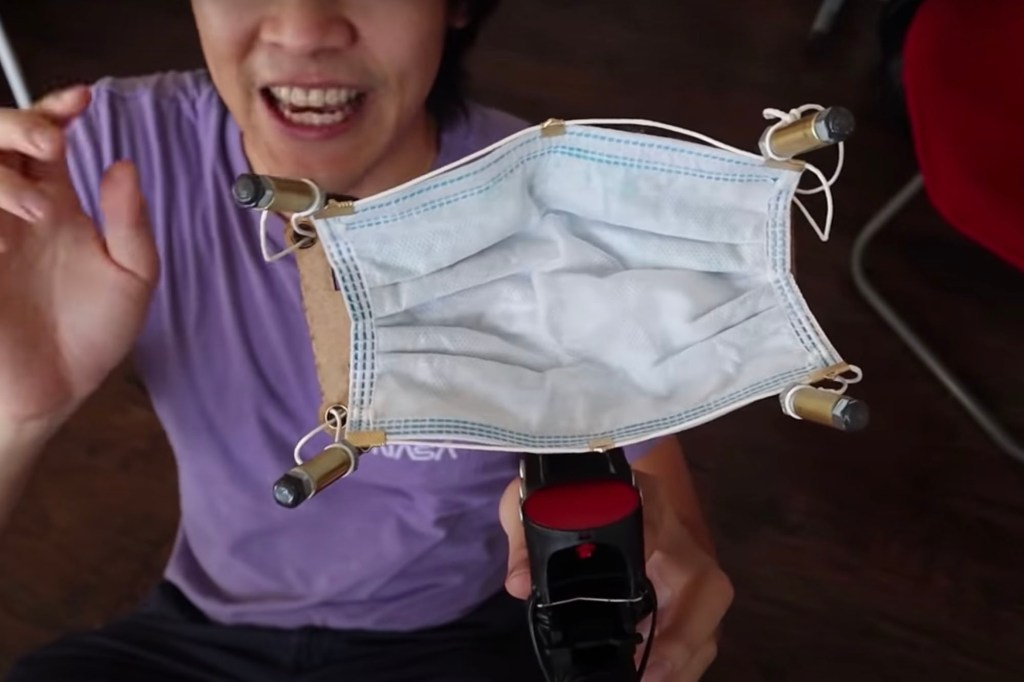 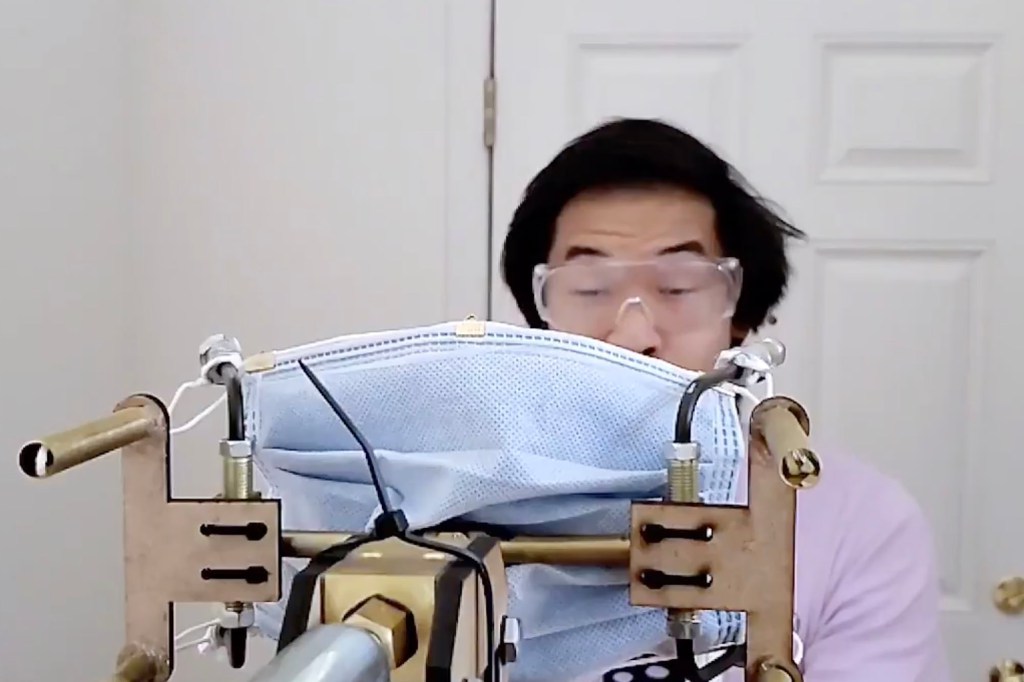 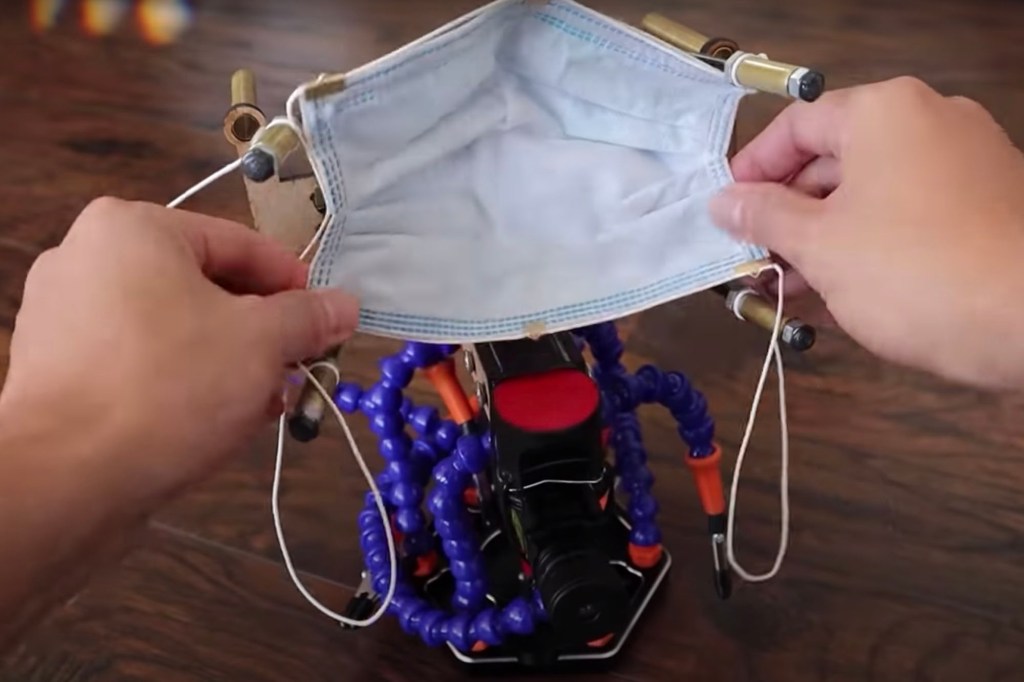 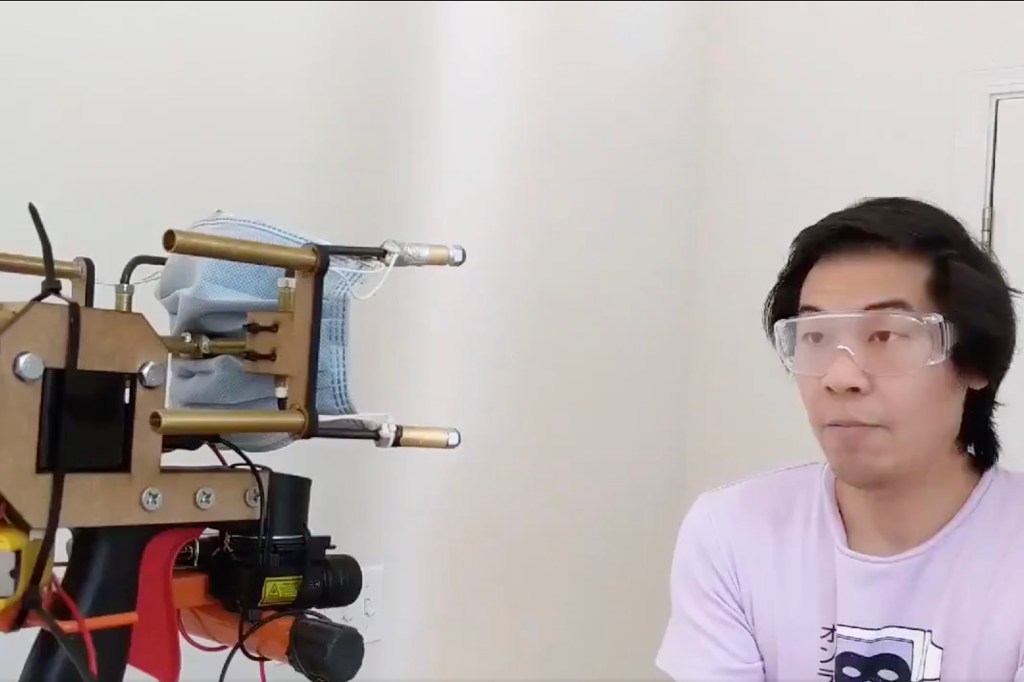 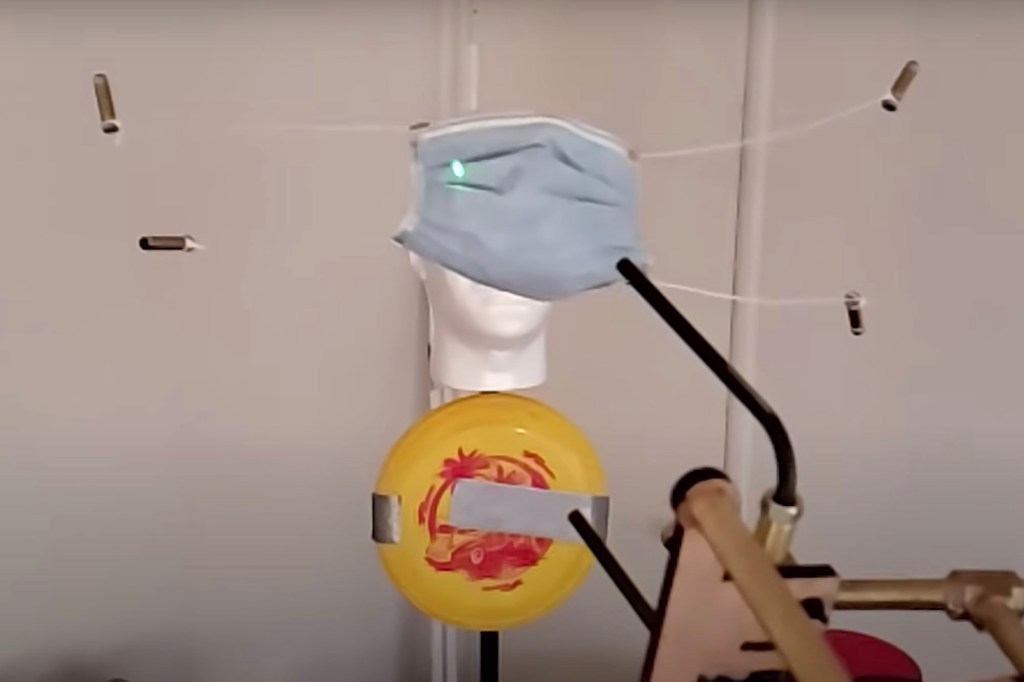 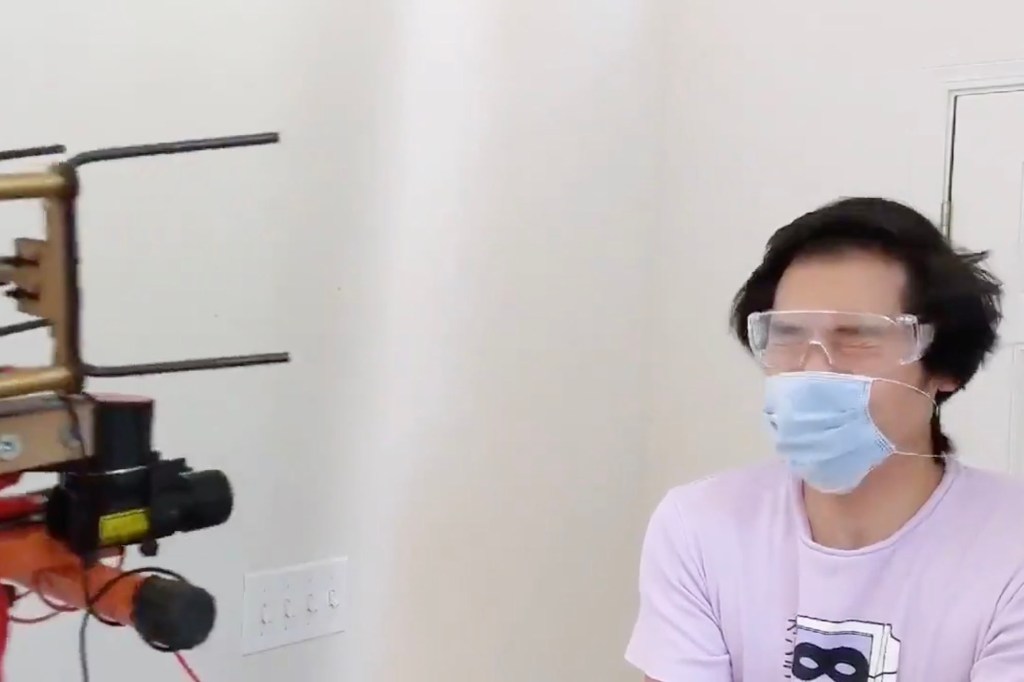