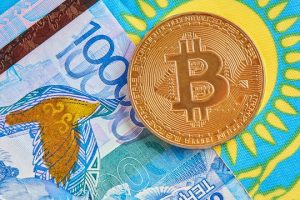 Kazakhstan has released the results of a pilot program for its digital currency, the digital tenge.

The National Bank of Kazakhstan (NBK) plans to share some of the results with stakeholders in July 2022. While the final decision on the launch will be taken in December 2022, and the final results of a comprehensive study will guide the model development.

Based on the reports, the NBK will set up a retail central bank digital currency (CBDC) on a distributed ledger technology. They also confirmed the possibility of Kazakhstan’s citizens utilizing the digital currency for payment and how it will be programmed.

More info on the pilot results

The digital currency will serve as a third form of the national currency in Kazakhstan. The currency will be an additional payment means alongside cash. It can also be for business among individuals and groups as it’ll be backed by the central bank.

The results will also indicate the need to expand the digital currency pilot program to involve market and infrastructural participants in several scenarios. The bank was also advised to set up a “Digital Tenge Hub,” which enables contributions from other market players for creating the digital currency.

“The NBK of the Republic of Kazakhstan will ensure the development of a final model to decide on the introduction of the [digital tenge] and perform a presentation of interim results of the study and discussion with all stakeholders in July 2022,” according to the report.

Kazakhstan is known as one of the largest sources of Bitcoin mining hash power. It has recently provided a refuge for many block reward miners who left China to avoid regulatory constraints.

The increase in the volume of miners has reportedly increased the revenue generated by the country, but it’s also said to be the reason for recent power outages and strains on the power grid in the country.