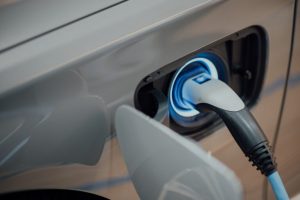 The Cardano ($ADA) network is getting its first automotive project in the near future, with initial operations launching in Sri Lanka. The project was unveiled at the World Economic Forum in Davos and focuses on the use of electric vehicles, eTukTuks.

According to CityAM, the project comes after several other attempts to launch two and three-wheeler electric vehicles at scale that failed over a lack of charging infrastructure across the globe. To facilitate the move. The project, the news outlet writes, has been designed to address these issues through a “dynamic, multi-revenue model that balances sustainability with innovation.”

The project reportedly has its sights set on emerging markets, from which 63% of the world’s total carbon emissions come from, and where pollutants from inefficient transportation keep on growing.

Launching in Sri Lanka means the project will address a market in which 1.2 million traditional combustion engine Tuktuks circulate regularly, 70% of which are in the capital Colombo. It aims to offer an “affordable transportation network that severs the ties that bind us to fossil fuels.”

The Cardano blockchain will be used to allow drivers, passengers, and other market participants within the network to earn rewards.

As CryptoGlobe reported, popular and respected Cardano influencer “ADA whale” has recently said there is “an insane amount of cool stuff” coming to Cardano and its ecosystem. Some of the projects being built on Cardano include algorithmic stablecoin $DJED, fit-backed stablecoin $USDA, and stablecoin decentralized exchange TeddySwap, among others.

Earlier this month, Cardano’s market cap surpassed that of popular meme-inspired cryptocurrency Dogecoin ($DOGE), at a time in which $ADA has been recovering from its second-largest drawdown ever.

Cardano’s price has notably been recovering this year from what was its second-largest drawdown. According to CryptoCompare’s latest Asset Report, the smart contract platform’s native token ended the year at around $0.25 after losing 81.2% of its value over its 12 months. The loss marked its second-largest drawdown, behind a 94.3% drop in the 2018 bear market, when ADA dropped from $0.71 to $0.04.

The drop notably also marked the third decline in yearly performance in Cardano’s history. The cryptocurrency’s recovery came whale addresses recently restarted accumulating $ADA, which could be a main validator to watch for the cryptocurrency’s breakout. After dumping over 560 million $ADA over the final two months of 2022 $ADA whales have restarted accumulating this year, adding 217 million tokens to their stash so far.