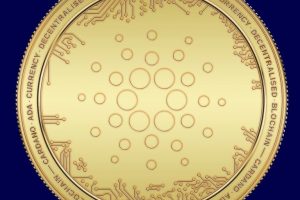 A popular crypto analyst and market strategist has issued a warning to followers about Cardano’s native token, saying that it is flashing signs indicating a fundamental weakness.

Speaking in a recent YouTube video, the host of InvestAnswers told viewers that Cardano’s chart is giving off red flags. The popular analyst said that the comparison of long-term holders versus market speculators for $ADA is troubling.

In addition, the analyst highlighted Cardano’s small number of active addresses as another red flag for the project.

As reported by The Daily Hodl, the analyst said:

Now let’s look at active addresses. Another interesting statistic you need to dig into. It’s not only the number of addresses, the chain has three million addresses, but those that are active is only 4%. And remember when you put things in perspective again to Ethereum, they have 66 million addresses. And despite a huge amount of long-term holders, they have good levels of activities as well.

Data from Google Trends showed a similar lack of investment interest in Cardano, with searches for $ADA falling to one-year lows. Photo by user GO223BANQ1MAL via Pixabay.com