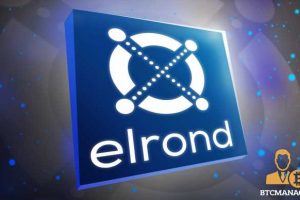 Elrond Continues to Blaze the Trail

In an announcement today, Elrond said it had successfully acquired Capital Financial Services S.A., a firm allowed to operate an EMI in the European Economic Area.

For the uninitiated, Capital Financial Services S.A. is a principal member of Visa and Mastercard and offers payment processing services to over 300 merchants, including Romania’s largest airline, Blue Air.

Per sources close to the matter, the acquisition includes the complete transfer of Capital Financial Services S.A. shares that can be used by the Elrond Network to enable broader access to financial services in a fully compliant manner. This could allow the firm to offer customer accounts with IBANs, associated debit cards, and payments in the form of e-money currencies.

Elrond Network is committed to propelling the mainstream adoption of e-money which is essentially a digital alternative for physical cash with several benefits such as automation, increased financial inclusion, and others.

“Elrond’s goal is to create the infrastructure for a high bandwidth, low latency, transparent financial system, and give anyone anywhere easy access to it. To achieve this we are proactively working with regulators to operate in a fully compliant manner within the perimeter defined by European law. Users, merchants, companies and money institutions could benefit significantly if money flows would happen with near-instant settlement times, at 100x less cost than we pay now, with full transparency, and higher reliability.”

“By complementing the remarkable contribution of the Elrond blockchain, with the expertise of the Capital Financial Services S.A. team in regulated financial services and valuable EU licenses, we are creating the premises for an important evolution of financial services efficiency.”