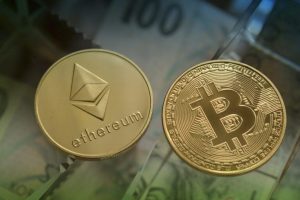 The CEO of independent financial consultancy firm deVere Group has revealed he believes the value of Ethereum will overtake that of the flagship cryptocurrency bitcoin “within five years,” as he sees ETH having more utility and demand for it.

As reported by CityAM, deVere Group’s CEO Nigel Green wrote Ethereum has been outperforming bitcoin and is up 240% so far this year, “compared to less than 38% for Bitcoin.,” and added ETH has “outperformed all other benchmark assets in the first six months of the year.”

The CEO pointed to two key factors he believes will be behind Ethereum outperforming the flagship cryptocurrency. One is the cryptocurrency’s “higher level of real-use potential” as it the “most in-demand development platform for smart contracts,” which highlights the network has value for developers and financial utility, he said.

The second is investor enthusiasm surrounding the cryptocurrency’s upcoming major upgrade to Ethereum 2.0, which will help the network scale to accommodate more transactions per second and will move it to a Proof-of-Stake (PoS) consensus algorithm.

Green also added he sees Ethereum having a technological advantage over BTC, saying:

Ultimately, this will mean that its value will exceed that of Bitcoin – probably within five years. That said, I remain confident that Bitcoin will hit, or even surpass, its mid-April all-time high of $65,000 by the end of 2021.

The CEO added that there will be “peaks and troughs along the way of course,” but believes Ethereum’s ascent “to the top of the cryptoverse seems unstoppable.”

It’s worth noting that late last year the CEO predicted that bitcoin’s price rally was going to continue until the end of the year. Bitcoin climbed up until May of this year, when its price hit a new all-time high near $64,000.