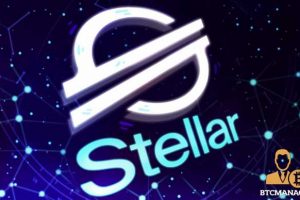 After battling an issue that caused several nodes to go dark, the Stellar Development Foundation (SDF) has executed a protocol upgrade to its network.

The Stellar Development Foundation, which is in charge of blockchain-based remittance protocol Stellar (XLM) has successfully executed a protocol-wide upgrade after an issue was detected last week that caused numerous nodes to go offline.

The Coindesk report reads in part:

“An upgrade was introduced April 10 after it was reported that certain organizations had difficulty recovering network access. The new Protocol 16 upgrade is said to have fixed the issue, which was affecting multiple nodes but did not affect the stability of the network; there were enough validators to process transactions.”

Notably, according to a company FAQ, the Stellar Foundation’s validator nodes had stopped processing ledgers while the public Horizon instance stopped recording them. The FAQ reads, “for a brief period of time it was unable to serve requests or submit transactions to the network.”

In order to fix the issue, the SDF said its engineers had worked on a fix and rolled out a patch later in the day. Two days later, Stellar Core v16.0.0 was released and voted on by network validators subsequently leading to the protocol-wide upgrade.

“All affected nodes should be able to upgrade to Protocol-16 compatible software and restore network access.”

Just a Small Bump on the Road

As mentioned earlier, the Stellar Network was hit by a network-wide outage which hindered it from processing transactions for hours. However, given the wide array of developments within the Stellar ecosystem, the random outage looks nothing more than a little bump for Stellar.

Similarly, in February, BTCManager informed its audience that USD Coin, a dollar-pegged stablecoin backed by Coinbase and Circle is now available on the Stellar blockchain.

In the latest news, it was reported that Grayscale had invested more than $35 million in XLM amid rising institutional interest in Stellar.