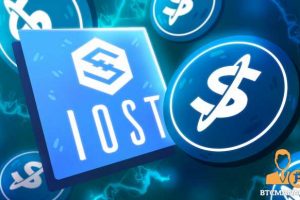 In yet another major milestone for the burgeoning IOST ecosystem, the smart contracts platform now hosts U.S. dollar-pegged stablecoin USDA to foster the increasing application of USD stablecoins as a prepaid means of payment.

For the uninitiated, USDA is not the first stablecoin to be issued on IOST this year. As previously reported by BTCManager, IOST had integrated HUSD — one of the world’s largest stablecoins by market cap, and JPYA, a Japanese Yen-pegged stablecoin in collaboration with the Platinum Egg team recently.

According to the official announcement, USDA provides an excellent means of payment for crypto enthusiasts who are averse to the wild price swings in traditional cryptocurrencies. Further, the latest market dip which saw BTC tumble down to $35k has caused traders to move away from volatile cryptocurrencies for stablecoins.

While numerous stablecoins have been created in Japan, the vast majority of them are yet to become mainstream popular. In that regard, IOST Partner Node, the Platinum Team is committed to popularizing the use of USDA as a stablecoin that can be used without any hassle for the smallest of payments.

USDA is available for everyone to use as an advance payment method. Further, the dollar-pegged stablecoin will be available on various services operated by Platinum Egg, including TOKENLINK.

In addition, USDA can be easily used for small payments in an ultra-fast and practically gas-free manner. Interested users can choose to buy USDA and JPYA from the stablecoin’s official website here.

Unsurprisingly, IOST is the preferred choice for developers keen on finding a user-friendly, secure, and gas-efficient blockchain to develop their dApps. The announcement reads in part:

“Thanks to the use of Javascript smart contracts, IOST has cemented itself as a developer-friendly smart contract platform to launch stablecoins. Compared to other blockchains that consume high gas and might not be economically feasible for all, IOST is practically free which makes it an optimal option for transactions with small amounts.”

At press time, IOST trades at $0.035 with a market cap of over $792 million, according to data on CoinGecko.