MoneyGram Says It ‘Has Suspended Trading on Ripple’s Platform’ 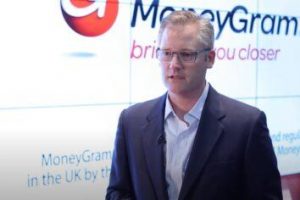 On Monday (February 22), MoneyGram International, Inc. (NASDAQ: MGI), made an important announcement regarding its partnership with Ripple Labs.

Californian FinTech company Ripple announced on 17 June 2019 that it entered into a strategic partnership with MoneyGram, one of the world’s largest money transfer companies. Here is how Ripple’s blog post explained the deal:

“Through this partnership, which will have an initial term of two years, Ripple would become MoneyGram’s key partner for cross-border payment and foreign exchange settlement using digital assets. In conjunction with the partnership, Ripple has agreed to provide a capital commitment to MoneyGram, which enables the company to draw up to $50 million in exchange for equity over a two-year period.“

“Trough Ripple’s xRapid product, we will have the ability to instantly settle funds from US dollars to destination currencies on a 24/7 basis, which has the potential to revolutionize our operations and dramatically streamline our global liquidity management.“

Then, on 2 August 2019, during his company’s Q2 2019 Earnings Call, Holmes said that MoneyGram had started “transacting on the Ripple xRapid platform”, and that “all signs point to this being a tremendously beneficial relationship for all parties involved.”

He then had this to say about the real-world performance of xRapid (now called ODL, which is short for On-Demand Liquidity):

“We’re literally settling currencies in second, and to quote my friend Larry, this is really cool.“

Then, on 16 December 2020, Brad Garlinghouse, the CEO of Ripple, tweeted about his company’s partnership with MoneyGram, and how MoneyGram has “settled billions of $ globally using XRP in production.”

Six days later (i.e. on December 22), the US SEC announced that it had “filed an action against Ripple Labs Inc. and two of its executives, who are also significant security holders, alleging that they raised over $1.3 billion through an unregistered, ongoing digital asset securities offering.”

The next day, MoneyGram issued a press release to seemingly distance itself from its strategic partner Ripple:

“The Company has not currently been notified or been made aware of any negative impact to its commercial agreement with Ripple but will continue to monitor for any potential impact as developments in the lawsuit evolve.

“MoneyGram has had a commercial agreement with Ripple since June 2019; this agreement represents the use of Ripple’s foreign exchange (FX) blockchain trading platform (ODL) for the purchase or sale of four currencies. MoneyGram has continued to utilize its other traditional FX trading counterparties throughout the term of the agreement with Ripple, and is not dependent on the Ripple platform to accomplish its FX trading needs.

“As a reminder, MoneyGram does not utilize the ODL platform or RippleNet for direct transfers of consumer funds – digital or otherwise. Furthermore, MoneyGram is not a party to the SEC action.“

What is highly interesting about this press release is the wording used makes it kind of sound like MoneyGram has never used any of Ripple’s XRP-powered solutions despite the company’s CEO singing the praises of XRP (and xRapid/ODL) at various times during the past 1.5 years.

Well, earlier today, MoneyGram issued a press release regarding the reporting of its “Fourth Quarter and Full-Year 2020 Financial Results”. In the section titled “First Quarter 2021 Outlook”, the company had this to say about Ripple: