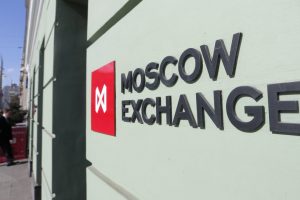 The Moscow Stock Exchange has announced that it is developing a platform to enable cryptocurrency trading. In a press conference, exchange representatives stated that people will be able to purchase cryptos, and also invest in a variety of crypto based financial instruments such as exchange traded funds (ETF) and derivatives. The Moscow Stock Exchange is the largest financial exchange in Russia, and one of the ten largest in the world. This move thus has the potential to vastly increase the fiat market cap of many cryptocurrencies.

In concert with this news, Alexey Moiseyev, Russia’s Deputy Finance Minister, announced that the Russian government plans to regulate cryptocurrencies as financial assets. Moiseyev confirmed that crypto trading would begin on the Moscow Exchange, but stated that it would only be available to “qualified investors”. To qualify, personal investors must have a net worth of at least six million Rubles. Institutional investors must have a net worth of two hundred million Rubles. Moiseyev claimed that these regulations are needed to prevent money laundering and other illegal activities.

The Russian government is known to be exploring ways to integrate blockchain technology into its economic systems, but its public support of cryptocurrency is inconsistent. On the one hand, Russian officials seem to appreciate the potential of distributed ledger technology, and Vladimir Putin has even spoken highly of Ethereum. However, the government seems reluctant to allow common citizens to own and trade crypto. It is thus not surprising that it would enable official crypto exchanges, but restrict activity to a select few. Moiseyev indicated the governments desire to “track deals and transactions” as a reason for the restrictions.

There are, of course, many crypto exchanges available for Russians which have no restrictions for purchase. Thus, the Moscow Exchange limitations will do little to prevent average Russians from trading and investing. Despite the restrictions, enabling cryptocurrency trading on a traditional fiat exchange could give Russia significant influence in the crypto space, and it would be a boost to the Russian economy. The legitimacy provided by the Moscow Stock Exchange would almost certainly lure investors from across the globe, and any cryptocurrency placed on the exchange would see an immediate rise in market cap.

Not surprisingly, other financial exchanges are rumored to be exploring crypto trading. Currently, a few crypto-based investment products can be traded OTC. Success for the Moscow Exchange would encourage other major exchanges to follow suit. Such moves, which seem quite likely to happen over the next few years, would play a key role in bringing cryptocurrency into the mainstream.