Home » Altcoins » Nearly $6.3 Billion worth of Ethereum ($ETH) Have Now Been Burned

Nearly $6.3 Billion worth of Ethereum ($ETH) Have Now Been Burned 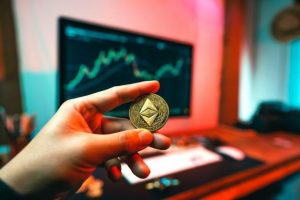 Nearly $6.3 billion worth of the second-largest cryptocurrency by market capitalization, Ethereum ($ETH), has been burned since the implementation of Ethereum Improvement Proposal (EIP) 1559 via the London hard fork on August 5.

According to data from tracking website Watch the Burn, a total of 2.274 million ether worth $6.27 billion has been burned since August, with an average of 355 ETH worth over $1 million being burned per hour, and 4,900 ETH being burned per day.

Per day, Ethereum’s net issuance has dropped to around 8,300 ETH, meaning its net reduction is around 37.15%. Some analysts have estimated ETH could become a deflationary currency if burns outpace net issuance, which has occurred on a few blocks.

Miners aren’t paid the base fee as it could incentivize them to artificially congest the network to keep it high and earn more. Instead, the base fee is burned, effectively removing ether from circulation forever. It rises when there’s higher demand, and drops when demand is lower.

At the time of the upgrade, analysts estimated that $5 billion worth of ETH could be burned in a year. The current figure shows well over $5 billion have already been burned.

Some investors have been bullish on ETH after the London hard fork. Former Goldman Sachs executive Raoul Pal has, for example, revealed he believes Ethereum is the “greatest trade” setup that he has ever seen as the cryptocurrency’s fundamentals suggest it has a large upside ahead of it.

As CryptoGlobe reported, cryptocurrency exchange Coinbase has estimated ETH staking yields could double after the network merges with the Proof-of-Stake (PoS) Beacon Chain that is currently running alongside Ethereum’s mainnet.

Coinbase noted that after the Ethereum’s mainnet merges with the Beacon Chain – a move that it says is “expected around June of this year” – ETH staking yields could rise as “rewards will incorporate net transaction (ex-base) fees currently paid to miners.”