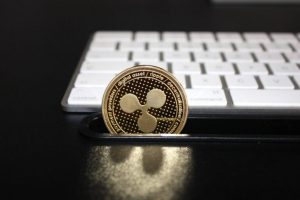 The host of the popular crypto trading show Altcoin Daily is bullish on XRP, predicting the coin is on the verge of a huge price explosion.

Speaking in a recent YouTube update, Altcoin Daily host Aaron Arnold listed his predictions for altcoins that are “about to pop” and have big price movements in the near-term. The host highlighted XRP as a cryptoasset on the verge of a breakout based upon several key charting metrics.

According to the trader, XRP is exhibiting bullish trade signals on the parabolic stop and reverse (SAR) indicator. Arnold predicted XRP could undergo a 30% price move in the next wave of volatility.

As reported by The Daily Hodl, Arnold said:

“XRP is on the verge of a 30% price move. XRP looks ready to spike in volatility. Could see its price move by more than 30%…the Parabolic [SAR] points have turned bullish, indicating that a breakout is underway.”

Other popular traders have pointed to a potential bullish movement for XRP in the near term. Crypto trader and market commentator “DonAlt” told his 300,000+ Twitter followers that he has been reaccumulating XRP during the coin’s price dip over the past several months.

According to the popular Twitter trader, he made a 10% profit buying XRP during the dip and was giving the coin “one last chance to moon” before selling again.

Image by Die Wirtschaftsnews from Pixabay