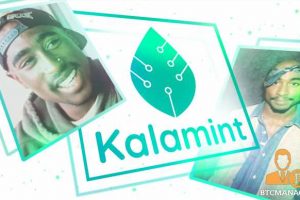 In the coming months, an NFT series to commemorate legendary hip hop artist Tupac will be available on the Tezos based NFT market Kalamint. As per recent reports, the NFTs are from Tupac’s early friend Darrin Keith Bastfield, and he will have all their rights.

The NFT Series on Tupac’s Career

NFTs allow digital media distribution over blockchain technology where the owner will have all rights, but its buyers can also redistribute the media. The NFT series around Tupac’s life will be available for distribution very soon.

This series will come in a documentary covering the rapper’s life from his early days in school to the last days of his musical career. The ‘born busy’ documentary will be on the rapper’s school life as captured by interviews with former teachers, friends, and classmates.

The NFT series also includes a book titled ‘ Back in the Day: my life and times with Tupac Shakur’ by Darrin. This work of art is a memoir of Tupac’s early teenage years. It will have eighteen separate chapters with unique covers for each of them. The covers will come with hand-drawn art on pages cut out of the actual book.

‘Sharkurspeare’ The First Draft Edition Screenplay of the Documentary

Tupac met Darrin at the Baltimore school of arts in 1986, and they formed a bonding. As per Darrin, Tupac used to refer to him as a Shakespearean actor during their days in Baltimore. This screenplay will be a romantic comedy that delves into the wondrous art world.

Darrin will host a clubhouse event on Tuesday, Sep 28 at 7:00 pm EDT to discuss more details about Born Busy. During this event, Darrin will take out a page of the Original book and create live art for attendees to give their feedback. This page will be an NFT that will be on one of the cover chapters of the original book. There will be more events like this that will happen every week. Users in attendance will also receive free POAP(Proof of Attendance Protocols) NFT.

The rollout will start with a series of weekly pre-drops next Tuesday. It will continue until the actual launch for the whole series happens sometime in December. Bastfield will share more details later.

Who is Darrin Keith Bastfield?

Darrin met Tupac in Art school in 1986. This duo made a band called ‘Born busy’ and many memories as well. This bond made Darrin write this book he published as a hardcover in 2002 and a Paperback in 2003. He has also pledged to give a portion of the proceeds to art initiatives that foster art and culture to youths. Click here for more information on Darrin and Tupac.