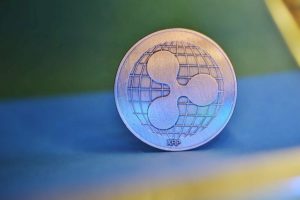 Former U.S. Treasurer and Ripple board member Rosa Rios has said on social media that she sees the XRP token as a cryptocurrency whose primary purpose is “facilitating cross-border payments,” while most other cryptocurrencies “find their value in speculation.”

Per Rios, who joined Ripple’s board of directors in May of this year, China’s latest crackdown on cryptocurrency-related activity “brings the point home,” implying the move came in a bid to stomp speculation in the cryptocurrency market.

As Cointelegraph reports, Rios served as U.S. Treasurer from 2009 to 2016 under President Barack Obama and oversaw all currency production activities. When joining Ripple’s board earlier this year, she said blockchain and crypto will “underpin our future global financial systems” before adding Ripple is “one of the best examples of how to use cryptocurrency in a substantive and legitimate role.”

The former U.S. Treasurer also noted there’s “a lot of work to be done” as cryptocurrencies are still used to “fund the dark web and other illicit activities.” Ripple, it’s worth noting, is a for-profit company that helps promote and develop XRP and the software behind it, the XRP Ledger.

Ripple has an XRP product called RippleNet, which offers “connections to hundreds of financial institutions around the world via a single API and makes moving money faster, cheaper, and more reliable.”

Last year, Ripple and two of its executives were sued by the U.S. Securities and Exchange Commission (SEC), which alleged they “raised over $1.3 billion through an unregistered, ongoing digital asset securities offering.” Ripple settling its lawsuit, according to legal expert and XRP supporter Jeremy Hogan, could lead to a supply shock for the cryptocurrency.

As CryptoGlobe reported, Ripple CEO Brad Garlinghouse has revealed the fintech firm is highly likely to go public after it settles the lawsuit the SEC filed. Garlinghouse said the company first started looking into how it could become publicly traded in early 2020, but noted that the SEC’s lawsuit hindered its plans. While it still plans on being listed on an exchange, it hopes to do so after it resolves its lawsuit with the SEC.