Home » A Whopping $2.7 Billion Wealth In Bitcoin: Ukrainian Officials On The Spot

A Whopping $2.7 Billion Wealth In Bitcoin: Ukrainian Officials On The Spot 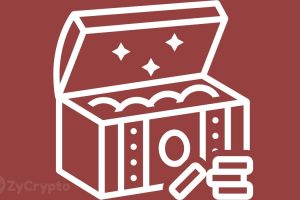 On Saturday, 10/4/2021, Ukrainian government officials revealed the mind-boggling billions of dollars they allegedly hold in the form of Bitcoin. Data gathered from 791,872 government officials, including the 652 Cryptocurrency holders, shows just how much digital assets are popular in Ukraine.

Reports from opendata.ua, a Ukrainian analysis website, indicate that 46,351 Bitcoins are accruing in the wealth declarations of the Ukrainian government officials. The following chart gives a summary of the Cryptocurrencies ranking and the number of officials who own the digital assets.

Details of the Digital Assets Held

The data further revealed that Vyacheslav Mishalov- a City Council deputy- owns 18000 BTC (amounting to over 1 billion USD, the highest in the list. The other officials who ranked high are believed to be from the National Police, the City Council, and the Ministry of Defense. Another high-ranking employee working in the Petroleum ministry, collectively with his wife owns 6542 BTC.

However, the Mandatory Inspection Department and the National Agency for Corruption felt that they were being deceived. They noted that some officials furnished them with misleading data while others cited filling errors.

Sergiy Petukhov, one of the anti-corruption agency officials, actually doubted the authenticity of the report and even hinted that any inaccuracies would attract criminal or administrative liabilities. Ukrainian government officials are supposed to declare their wealth via a wealth declaration process aimed at eliminating corruption.