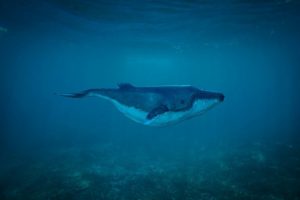 As the price of Bitcoin ($BTC) struggles to surpass the $40,000 mark and stay above it, data shows that both retail investors and whales have been accumulating the flagship cryptocurrency in what is being interpreted as a bullish sign.

According to Barron’s, technical indicators suggest that continued accumulation made by crypto whales – large holders – has been ongoing while “retail sentiment is extremely bearish.” Speaking to the news outlet Marcus Sotiriou, an analyst at digital asset broker GlobalBlock, noted that “many metrics suggest we are in an accumulation phase.” Sotiriou said:

Whale holdings have risen to its highest since September last year. We can see that when whale holdings increased dramatically last September, it led to a significant increase in price in November,

The analyst added that as whales “have a substantial impact on the market,” whale holdings are an important metric to take into account. Whales’ holdings have been growing as Panama’s National Assembly passes a cryptocurrency bill and exempts crypto from capital gains tax.

These accumulation patterns suggest that the balance held on cryptocurrency exchanges is dropping, meaning there’s less supply available to meet demand. If demand were to surge in such a scenario, the price of the flagship cryptocurrency would likely rise.