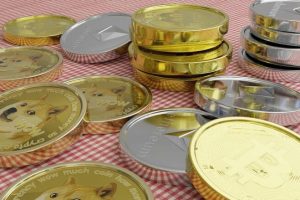 Peter Brandt, a widely followed cryptocurrency analyst well-known for accurately calling bitcoin’s 84% decline in 2018, has revealed he doesn’t believe bitcoin bulls have yet capitulated this cycle as he hasn’t seen a bottom occur with a high volume of panic capitulation.

In an update shared with his over 600,000 followers on the microblogging platform Twitter, Brandt followed up on a tweet he published back on December 20, 2021, where he noted key bitcoin price bottoms “have occurred with high volume panic capitulation.” In a chart, he revealed that hasn’t yet happened this cycle.

Brandt is well-known for interpreting chart patterns and accurately calling movements. As CryptoGlobe reported, last year the analyst revealed he believes bitcoin could hit $200,000 this bull cycle while enduring several corrections along the way.

Notably, president of El Salvador, Nayib Bukele, has predicted that the price of bitcoin will hit $100,000 this year and that two more countries will adopt BTC as legal tender. To Bukele, bitcoin will “become a major electoral issue in US elections this year.”